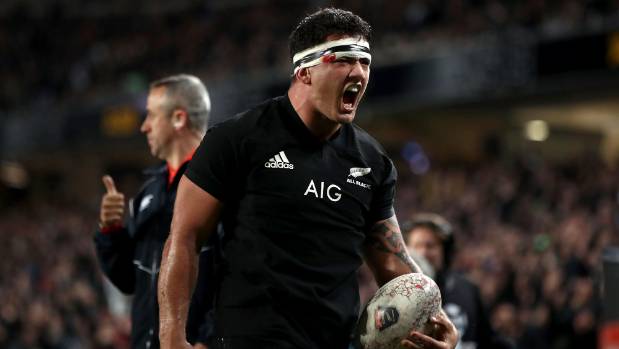 Codie Taylor proved to be a standout for the All Blacks, in their 52-11 win over France.

Jordie Barrett 7: Some fine link play and an ever-dangerous attacking option, though threw an intercept pass when try for Ioane was begging. Educated boot was a handy option.

Ben Smith 7: Gave up intercept for game’s opening try to Grosso. Flew after some high balls and on hand for a try.

Anton Lienert-Brown 6: Couple of blunders in quick succession – knocking on off a restart and then as he confronted Bastareaud. But nicely sent Crotty through a hole early on, and made some decent runs.

Ryan Crotty 7: Found himself in plenty of open spaces in his hour’s work on return from concussion. Couldn’t link up with Ben Smith to find ABs’ hit-back early-doors, but excellent down right-touch to set him up later.

Rieko Ioane 8: Not much ball his way, but still able to come up with some eye-catchers, including two tries – firstly from a good scamper to short-side to have Aaron Smith put him away in corner, before plucking an intercept and going from deep.

Beauden Barrett 7: Lots of dinks along the ground and over the top as ABs looked to counter the rush defence. Great speed to score team’s first try, fine strength to hold up Antonio to force turnover, beautiful left-foot grubber to put Taylor in to give ABs lead back. Not a happy night off the tee with 5/10.

Aaron Smith 7: Couple of blots – marched for back chat which resulted in penalty goal, and caused obstruction which ruled out try – but energetic from the base and controlling kicking game. Put Ioane away off back of maul.

Luke Whitelock 7: Not particularly known for his attacking work, but had some really decent metre-eats. Stripped a ball to set up McKenzie try.

Sam Cane 5: Seven weeks since his last game and didn’t really feature much at all, most unlike what we’ve come to expect. Off after a nasty head clash but did return late.

Liam Squire 6: Couple of solid charges and a lineout steal, but otherwise nothing too drastic.

Scott Barrett 8: Fine showing in his chance in place of Retallick. A beast at the lineout, including an early steal. Great break and offload to brother Jordie to set up fellow brother Beauden’s try.

Sam Whitelock 6: Looked set for a testing night as captain before his troops eased away. Nothing flash but chugged through 80 minutes on return from his concussion worries.

Codie Taylor 9: Exploded in second half to be one of the stars of the night. Faultless lineout operation, then best impression of a left winger with superb follow-up of Beauden Barrett grubber to score in corner, before being well-involved in putting Ben Smith and McKenzie over too.

Joe Moody 6: Some solid carries and hefty defensive hits. Poor dropped ball early in second half as All Blacks hunted the lead was his last act.

Ofa Tuungafasi 5: (58th min for Franks) Rough start with heavy head knock with Cane, got a bit of ball in hand but also got run around a little.

Ardie Savea 6: (64th min for Cane then off and on again) Powerful leg work in being awarded dubious try to bring up the 50.

Damian McKenzie 9: (61st min for J Barrett) Stunning last-quarter burst at fullback to put the French away. Long-range try just after entering the fray, then another sizzling break straight after to set up Laumape try and almost scored again late only for his feet to brush the touchline.

Ngani Laumape 8: (61st min for Crotty) Amazing ‘boomfer’ on Medard in a superb powerful finish as ABs started to run riot, then another powerful surge. Could earn a start next weekend? 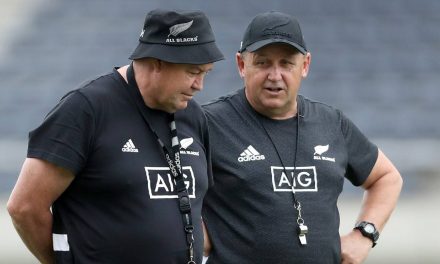 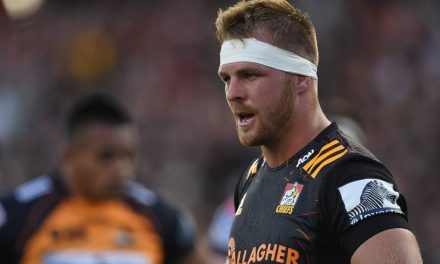 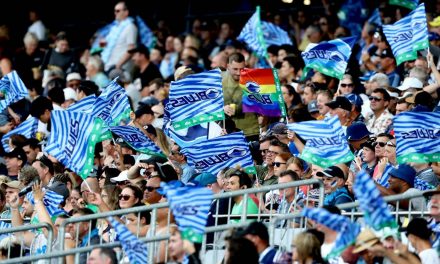