All Blacks coach Steve Hansen has proposed a report system in Test rugby after his team had seen off a 14-man France 26-13 in an unedifying second Test.

Hansen was disappointed Saturday’s Test was defined by the contentious early dismissal of visiting fullback Benjamin Fall after his clumsy leap for a high ball.

A 12th-minute red card sucked the life out of the contest in Wellington, helping a rusty New Zealand clinch the three-Test series.

Captain Mathieu Bastareaud pointed out Fall had eyes for the ball only when he connected with the legs of high-leaping Beauden Barrett.

Five-eighth Barrett plunged to the ground head first and didn’t return after failing a concussion test.

The classy playmaker was missed as the world champions produced an error-laden display, while France unleashed considerably more resolve than in last week’s 52-11 loss in Auckland.

Hansen agreed the game was ruined as a spectacle and suggested Fall should have remained in the game.

“It’s disappointing they lost a player, I reckon. A red card always affects a game,” he said.

“I know they’ve got to look after players but somehow we need a system where things can go on report.

“The player didn’t deliberately aim to do anything to Beaudy. It’s one of those things we have to look at to make sure it doesn’t make it a one-sided Test.”

Despite being a player short, the French dominated most facets of the game, including a clear edge in the physical exchanges.

It was glimpses of the All Blacks’ attacking class that proved the difference, with fullback Jordie Barrett, younger brother of Beauden, the game’s stand-out figure. He scored two of their four tries.

The game swung when Australian referee Angus Gardner produced his red card at the same Westpac Stadium venue where All Black Sonny Bill Williams was sent off a year ago against the British and Irish Lions.

Gardner said 29-year-old Fall was “not in a realistic position to contest the ball. I’ve not got any option”.

The All Blacks were in front a minute later when prop Joe Moody loped through a yawning gap.

Winger Ben Smith jinked across for a second and Jordie Barrett completed a sweeping 70m counter-attack on halftime to put his team 21-6 ahead.

France deservedly won the second half 7-5 courtesy of a try after the hooter to prop Cedate Gomes Sa.

Hansen said it was clear his players weren’t switched on.

“We as a team were off the pace so we’ll need to have a look at how we mentally prepare,” he said.

“But you’re better to win ugly than you are to lose pretty.”

The All Blacks will chase a series sweep and a 14th-straight win over France in next week’s third Test in Dunedin. 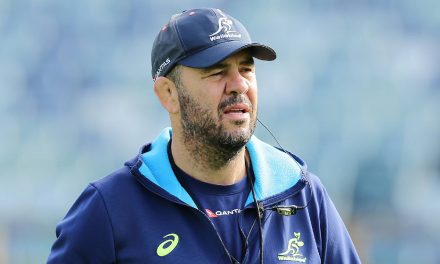 ‘We’ll have to watch him closely’: Michael Cheika pinpoints All Blacks’ biggest threat 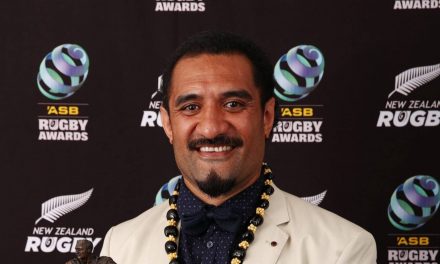 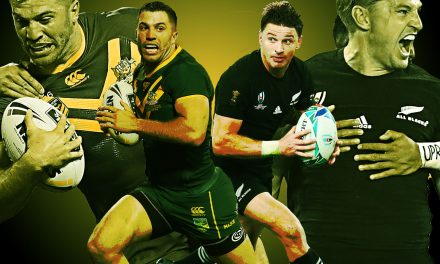