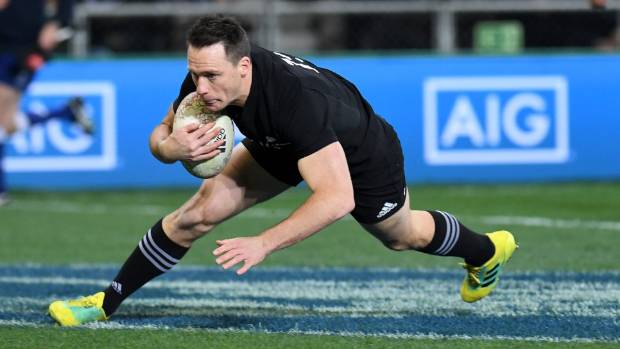 That was more like it. The All Blacks saved their best for last to over-run France 49-14, and keep them scoreless in the second half at Forsyth Barr Stadium in Dunedin. Here’s how we rated the men in black as they swept the series:

Ben Smith 8: Back at fullback and, for the most part, back to his best. Scored a nice try, popped up in the buildup to two or three others and was even making big defensive plays when called upon. Just what we expect from this guy.

Waisake Naholo 6: Good test, rather than a great one. Made two or three promising runs, but could not quite find the space, even when he switched wings in the second half with Ioane. Part of a strong back-three effort which will give his coach plenty to think about.

Jack Goodhue 6: Quality debut, for the most part. Let Wesley Fofana through for his try, but built into the game nicely and showed excellent hands to put Ioane across for his second touchdown. Does not look out of place at this level.

Sonny Bill Williams 7: His critics will no doubt disagree, but this was a strong showing so soon after that knee surgery, before going off with a shoulder injury in 56th minute. Looked keen to get involved and startled slipping those offloads in the second spell when he created plenty. Good to have him back

Rieko Ioane 9: Outstanding display, with a hat-trick of second-half tries to provide the exclamation point. Looked big, strong and fast, and even occasionally creative. Showed why many rate him the best wing in the world. Really has it all, including 16 tries in 16 tests.

Damian McKenzie 7: Maybe his first-half tactical kicking game wasn’t quite what his coaches wanted, but sparked his side with ball-in-hand play. Scored two tries, created a couple of others with sharp passing and slotted seven out of seven with the boot. One kick dead, one restart fluff, and a slow start. But a lot more ticks on the plus side.

Aaron Smith 6: Not a night for the little halfback to really stamp his mark. But got the ball out as he needed to and gave the talented men outside the time to work their magic.

Luke Whitelock 6: Strong, solid, did the job. Not one to set the world on fire but gets through the work he needs to. Been a good series.

Ardie Savea N/R: Dread, dreadful luck. Limped off in the 16th minute with no chance to really make an impression in a rare starting opportunity. Looked energetic and busy early on, too.

Shannon Frizell 6: Promising, busy effort on debut, even with the disruption of a first-half knock to the head that took him off the field briefly. Nearly scored a fine try, but was ruled held up after running an excellent line. Looks an athlete.

Scott Barrett 9: Best forward on display. Fabulous performance. Brodie Retallick is the best in the world, but a sensational all-round display shows this guy is one heck of a backup plan. Made a heap of tackles, two quality rips and a beast in the tight stuff. Take a bow.

Owen Franks 6: Subbed six minutes into second half after a typically strong scrummaging effort. Made his tackles too.

Codie Taylor 6: Overthrew one lineout, but otherwise rock-solid at the set piece and did what he had to. Won key relieving penalty with some nice over-the-ball stuff too.

Joe Moody 6: Allowed Fickou through in a tackle miss he’ll share with his skip, but otherwise strong before being subbed off a quarter of an hour out.

Karl Tu’inukuafe N/R: (64th min for Moody) Did what he had to in short spell.

Matt Todd 7: (17th min for Savea) Excellent turn off the bench early to replace the unfortunate Savea in the 17th minute, reminding us all once again what a quality operator he is. Scored a try, won multiple turnovers, and ran himself into the ground.

TJ Perenara N/R: (64th min for A Smith) Came in late and kept things rolling nicely enough as the game got rather loose.

Richie Mo’unga N/R: (69th min for Mckencie) Not enough time to tell us too much. One nice touch-finder and would have enjoyed tucking away a tidy debut.

Jordie Barrett 6: (58th min for Williams) Slotted in nicely enough for Williams when he took the shoulder knock. One fabulous pass to put Naholo into space and one or two other handy runs. Quality sub. 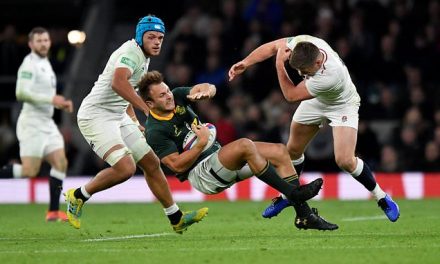 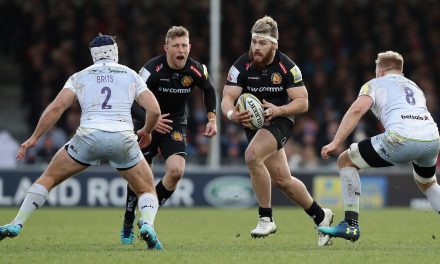 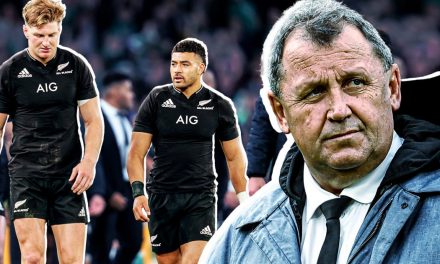 Final chance for Foster’s All Blacks to prove credentials