The Old Bar Clams are a never-say-die lot, undauntedly believing they can still qualify for the semi-finals of the Lower Mid North Coast rugby union play-offs.

With one win in the first 10 rounds of the premiership and five rounds remaining before the play-offs, coach Tim Tout said on the eve of the Clams’ clash ton Saturday with the Forster Tuncurry Dolphins at Richard Crook Field, Old Bar: “It’ll be hard, but I’m always optimistic.

“The Dolphins are never easy, but we beat the Wallamba Bulls, and they are leading the comp. We’ll  give it our best shot. Make the final four? Oh, yeah, we’ll give them all a good shakeup.

“The Clams prefer it wet. We’re a bit like fish out of water. We prefer it to rain and then hope it continues to rain.”

Tout and the Clams are still kicking themselves that they allowed the Gloucester Cockies to escape with their three-tries all and 22-19 win last Saturday on the Clams’ home ground at Richard Crook Field, Old Bar, after a willing struggle in the forwards.

“We were flogged in the penalties. One count in the first half was 19-8 against us and for the game 28 penalties against us. It was very disappointing and crucial to the game’s outcome,” Tout said.

Tout is expecting his 115kg “wrecking ball’, Mitch Jobson, to trouble the Dolphins’ play-maker, Matt Nuku, and their halfback, Kodie Ping, to continue his splendid season, a rugby league centre who “chops them in half with his tackles.”

Strengthening their back line is centre Jake Thurling, who scored two tries in the 27-26 defeat of Wallamba.

In a fascinating scrum battle, the Clams will have the 200kg Brad Lewis at tight-head and Aaron Swan as his loose-head partner against the Dolphins’ big men, Ben Manning and Gavin Maberly-Smith.

Regrettably, their little live-wire, Brendan Roberts, always a source of danger, is not available.

The Dolphins’ outstanding breakaway, Tom Homer, has missed the last three games due to a chainsaw misadventure which left him with badly gashed fingers and indications are he may not be available for some time. Nuku has been a fine leader in his absence.

Equally, the loss of Brad Murray due to his employment company’s closure has left the Dolphins without a splendid alternative at open-side breakaway.

But training pleasingly this week is outside-centre, Tom Holman, whose pace and penetration were seriously missed in the 26-12 loss to the Wallmba Bulls last weekend.

The Wallamba Bulls are on a crest of a wave, their impressive four tries to two defeat of the Dolphins taking them to the top of the Kennards Hire premiership, 37 points to 32, with Manning River third on 18 points, Gloucester on 13 and Old Bar on five points.

Likewise, in the women’s Seven-a-Side competition, Wallamba are level on 33 points with the Gloucester Cockies though marginally ahead due to their superior points differential. Both teams have suffered one loss each. Wallamba have the bye. 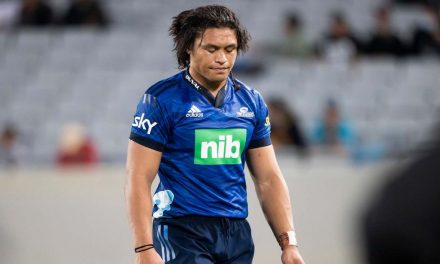