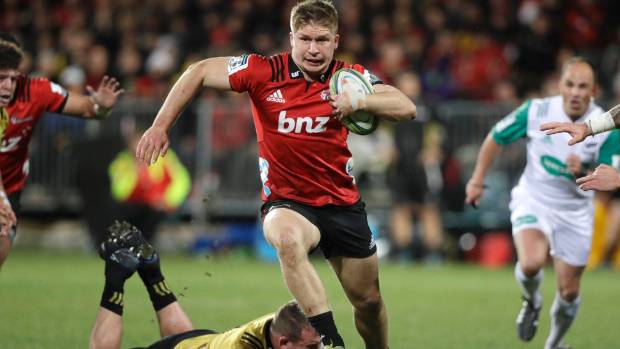 A Richie Mo’unga masterclass guides the Crusaders to big win over the Hurricanes in Christchurch semifinal.

Fancy betting against the Crusaders claiming their ninth Super Rugby title next weekend?

If you are up for such a wager, be warned – you’ll have a mob of eager punters smashing down your door, and they won’t stop coming until you plead poverty.

Seriously, on the back of the Crusaders’ 30-12 win over the Hurricanes in the semifinal at AMI Stadium on Saturday night it’s difficult to see the winner of the other semi in Johannesburg – the Lions or the Waratahs – preventing the Christchurch-based team from defending their title.

Spare a thought, first, for departing Hurricanes captain Brad Shields, ex-All Blacks wing Julian Savea and coach Chris Boyd because this was a rotten way to end their tenures. The Hurricanes should have been better than this.

Far too many defensive lapses, a couple of penalties conceded against a menacing Crusaders scrum, poor kicks in general play and a conservative game plan did the visitors no good at all.

That’s what happens when you come up against a very good Crusaders forward pack, led by Sam Whitelock, Matt Todd and Kieran Read and a dynamite first five-eighth in Richie Mo’unga who completely overshadowed his All Blacks counterpart Beauden Barrett.

The biggest concerns for the Crusaders ahead of the final were injuries to midfielder Ryan Crotty (HIA) and blindside flanker Jordan Taufua.

During the pre-match chats Crusaders coach Scott Robertson and No 8 Read delivered a clear message to anyone who cared to listen: In sudden-death games, defence is king.

That being the case, they should have been pleased with the diligent work in the first 40 minutes; while the Crusaders missed just seven tackles, the Hurricanes were horrible in this facet and slipped off 20 – a figure might have been enough to make Boyd cough-up a series of expletives as he ran his eyes over the stats sheet.

Not that he would have required any digits to tell him about missed tackles, given the way the Crusaders’ backs were able to create line breaks as they angled their attacks towards midfielders Ngani Laumape and Jordie Barrett.

Mo’unga’s try in the 15th minute followed a powerful run by his centre Jack Goodhue, with the Crusaders’ playmaker skipping through the tackles of Hurricanes captain Brad Shields and Jordie Barrett.

Right wing Julian Savea did enough to convince referee Jaco Peyper and TMO Shane McDermott he scored for the Hurricanes, although the 16,000-odd fans certainly voiced their belief that Savea had lost the ball.

Then came some sweet finishing from George Bridge, a man who has perfected that wonderful knack of scoring tries this year – it was his 16th.

A high tackle by Laumape on Mo’unga should have resulted in Crusaders captain Whitelock ordering a kick for the goal. Nope, he was having none of it.

​Whitelock pointed to the touchline and you could sense the Hurricanes’ spines arching as they themselves for the inevitable carnage. Alas, for them, they weren’t to be disappointed. The red and black Humvee created a midfield ruck which allowed halfback Bryn Hall to fire a missile that left four defenders stranded and hit Bridge a split-second later.

The try to fullback David Havili immediately after halftime was created by another wonderful run by Goodhue, and when Mo’unga guided a delightful cross-kick to replacement wing Braydon Ennor with 10 minutes remaining it was all over.

There will be a big party in Christchurch next week. Tune in. 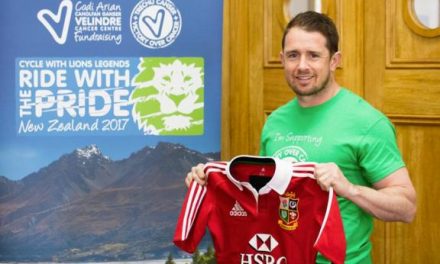 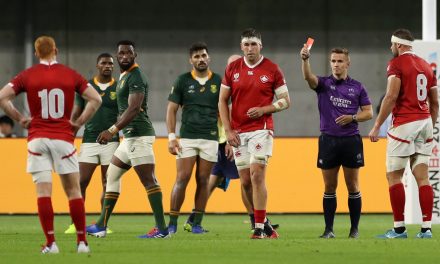 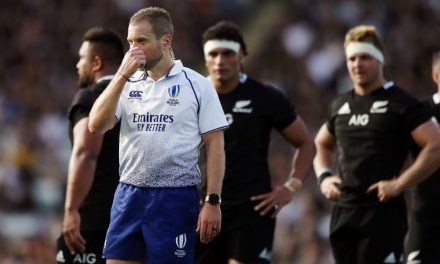