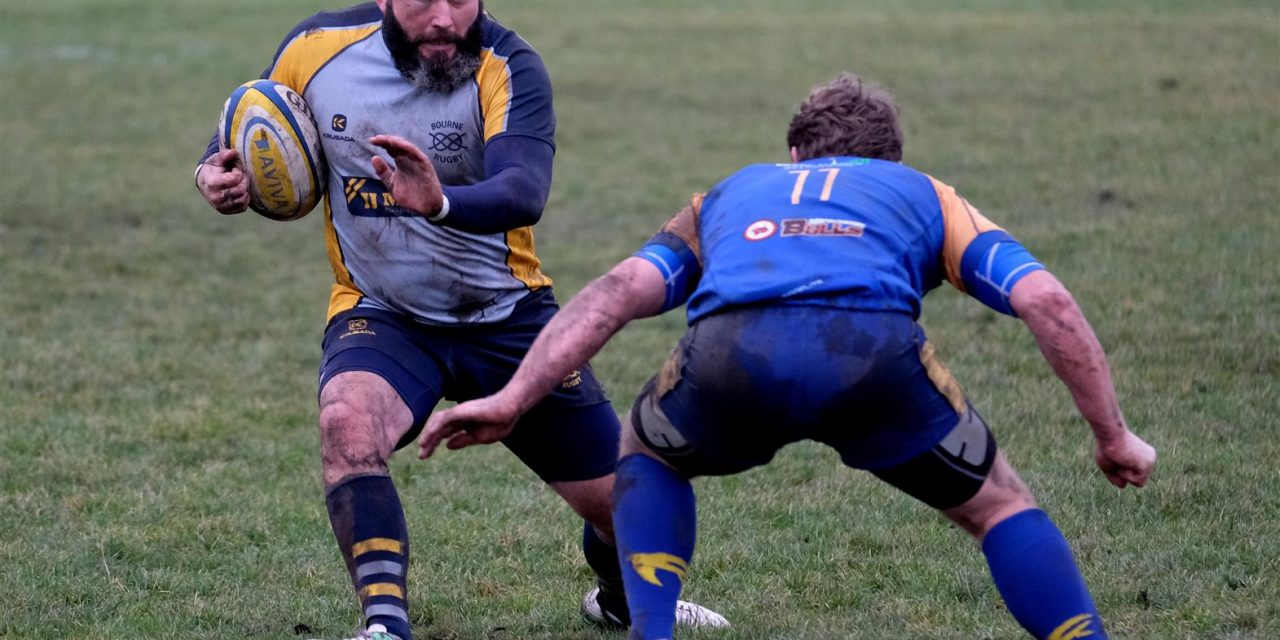 Bourne’s shaky start to life in a higher league continued as they suffered their second defeat of the season on the road to Biggleswade.

With a number of players missing, Bourne were forced to reshuffle the side but still felt they could pose a threat.

But reliable scrum-half Sam Evison was then yellow- carded under strange circumstances, clearing his line when he was deemed to have kicked the ball away in an unsporting manner, giving Biggleswade a penalty to lead 3-0.

Digging deep to see out Evison’s time in the sin-bin, Bourne kept the gap to just three points and considered themselves to have weathered the storm.

But within a minute of Evison returning, Biggleswade’s fly-half received the ball just ten metres out

and darted across the try line.

and darted across the try line.

With the extra points from a conversion, Bourne were suddenly ten points behind and the deficit grew as the first half ended when Biggleswade produced a well-timed move from a lineout, shipping the ball wide through their backs before a winger went in at the corner.

In the second half, Bourne came under more pressure as Biggleswade’s backs ran a strike move off a line-out to perfection, splitting their opponents’ defence right down the middle to score with ease.

Bourne came to life in the last quarter as they threw everything they had into the game before a costly turnover gifted possession back to Biggleswade who went under the posts again.

Dave Maudsley, Bourne coach, said: “We knew that would be tough but if we’re honest with ourselves, we should have got more out of the game.

“To have leaked four tries and not got on the board ourselves is massively disappointing.

“Missing players isn’t an excuse as we have a bigger and stronger squad than we’ve had previously.

“Our best 25 to 30 players are a similar standard but that means nothing if we under-perform on a Saturday.

“We set out to play as well as we can in every game in the belief that our best will match the other sides in this league.

“But we know the reality is that some games won’t go our way.

“Still there’s a long way to go in the season though and all the games we’re targeting as wins are yet to come.” 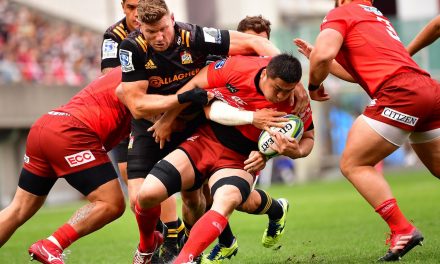 Sunwolves out of Super Rugby after time runs out amid pandemic 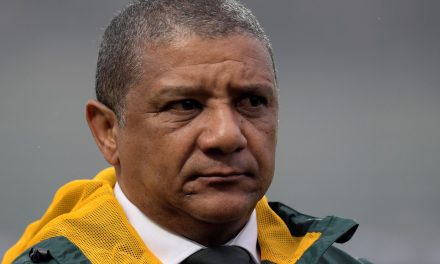 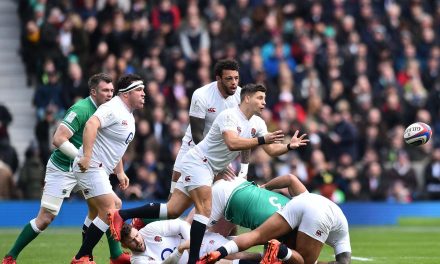