Brilliant All Blacks refuse to lose in South Africa · The42

NEW ZEALAND TWICE came from 17 points behind to grab a last-gasp 32-30 win over South Africa in a Rugby Championship final-round thriller in Pretoria.

Ardie Savea scored a pushover try in the 79th minute to level the scores and another replacement, Richie Mo’unga, slotted a simple conversion for a dramatic triumph.

After turning over level at 6-6, South Africa built a 30-13 lead on the hour only to be pipped by the resilient world champions before a capacity 52,000 crowd.

The result was a bitter blow for the Springboks, who won the possession and territory battles, as they sought successive wins over the All Blacks for the first time since 2009.

New Zealand were stunned 36-34 at home by South Africa last month, leading scrum-half TJ Perenara to say they wanted to “right a wrong” in Pretoria.

The outcome had no bearing on the southern hemisphere championship, with the All Blacks clinching first place after a win in Argentina last weekend and South Africa coming second.

New Zealand were forced to make a pre-match change with centre Ryan Crotty taking the place of ill Jack Goodhue.

Crotty and his team-mates were soon on the defensive and Handre Pollard slotted a 55-metre on four minutes to put the Springboks ahead.

The scrums quickly became time-consuming with Australian referee Angus Gardner lecturing both teams and several having to be reset. 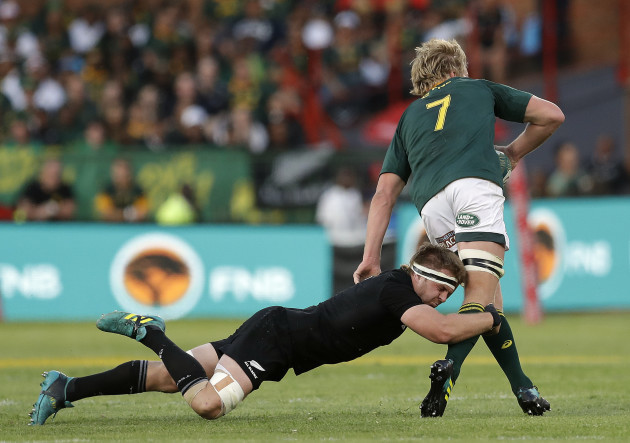 It seemed almost surreal that South Africa were dominating territory and possession against the world champions and Pollard kicked another penalty on 13 minutes for a six-point lead.

New Zealand needed 26 minutes to get a scoring opportunity and they took it with Beauden Barrett kicking a long-range angled penalty to halve the deficit.

– All Blacks threatened for first time –

Within a couple of minutes the All Blacks threatened for the first time in the match to score a try, but were eventually penalised.

Barrett kicked another penalty from in front of the posts to bring the teams level at 6-6 — a disappointing scoreline for the home team given they had much more possession.

After a try-less opening 40 minutes, the second half produced seven, four of them scored by the All Blacks.

Pollard converted a Jesse Kriel try and slotted a penalty for a 10-point lead that stretched to 23-6 when Damian de Allende scored and the fly-half converted again.

South Africa regained a 17-point advantage when Cheslin Kolbe scored in the corner and Pollard maintained a superb goal-kicking performance by converting from the touchline.

But once again New Zealand hit back swiftly with Rieko Ioane diving over, but Mo’unga failed to convert.

There were 12 points between the rivals and that was trimmed to seven when Scott Barrett claimed a pushover try with four minutes left and Mo’unga converted.

More All Blacks pressure took them to the Springboks tryline once more and Savea became the hero as he scored close to the posts, leaving Mo’unga to win the match.

Five-year exile from the Aviva Premiership for one defeat 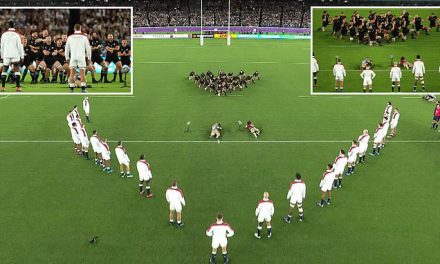 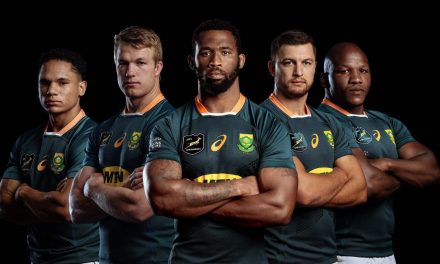 ‘This isn’t boxing where you can dodge opponents that threaten your title’: The case for stripping the Springboks of the number one ranking