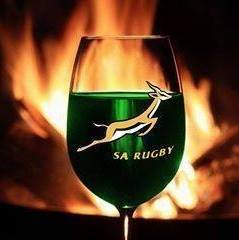 I state before the game that we should be very disappointed to loose this test against England and that is exactly how I feel after watching this poor performance from the Springboks.

The silence of the packed crowd at Twickenham in that first twenty minutes tells the story on the quality the home team dished up but the same for the Springboks really.

Rassie Erasmus and his team got it terribly wrong on the day. On a dry Twickenham pitch I found it strange that they decided to go with a kicking game.

Actually a kicking game is maybe not that bad if you execute it right. It was not just the kicking game that was poor.

One can not express how disappointed it was to see we losing critical lineouts.

The scrums was slightly better, but it was a scrum that gave England the penalty to win the game at the end.

I was never impress with Van Zyl starting the match and I was even less impressed after the test.

He is slow behind the pack so much so that you can every time see him looking up first to pass the ball.

Now I am no expert on scrumhalf but we could see the difference when Papier came on in the last five minutes and suddenly we saw the same Springboks team that did so well against New Zealand in the Rugby Championship.

Now most properly Van Zyl played according to the game plane from Erasmus, so I am not a big Rassie fan today.

I always struggled to understand why teams at this level can not go into a game with more than one game plan.

Now if you want to know the difference between the All Blacks and the rest, it is exactly that, they can change their game if it does not work.

To say I am upset is the understatement of the year, we are much better than the nonsense we dished up on Saturday.

99% Of the test England was giving each other high five’s on Springbok mistakes, that is how poor our execution was in this test.

We gave away silly penalties which gave England the test, and that is just not good enough.

Here’s how I rated the Boks at Twickenham and it is not pretty.

Except from taking a few high balls he added nothing to the team on the night.

He looked nervous and never got into his game we know he can produce. He never added something extra like Le Roux in the backline and his kicking game was poor.

About the only player that shown something in the test. He looked dangerous all the time and scored the only try. Was a total waste on the wing with most of the balls being kicked away.

Did a few things good with ball in hands and was solid on defence. Lost a few balls on attack and did not create anything from the midfield.

One of the better test matches for Damien but that only last for the first 50 minutes.

For some reason he decided he can run over the whole England team and never gave a better player opportunity out wide.

He was impressive with gaining carriers but still gets to much into contact with ball.

Had a quite game but made his tackles and were good on scramble defence.

He came into the line a few times but again did not get too many ball from too much kicking from his 9 and 10.

Average game to say the least. He did not do much wrong but did not add that spark one need if you play with an inexperience halfback.

Pollard attack the line brilliant when they did decide to not kick it away.

Not the kind of performance (though you could have said that about several team-mates) where he deserved to be on the losing side. Much that was authoritative and confident about his play at No 10, and his 76th-minute, long penalty that might have won the match cruelly met the paint on the outside of the right upright.

Poor service and even worst kicking game from van Zyl. His service behind the rucks was slow.

I was not impressed and Papier showed in 5 minutes at the end more than Van Zyl in 75 minutes.

He is not ready for this level.

Normally do the donkey work but we did not see enough from him on attack.

He gave away a crucial penalty in the lineout and did not stand out as we got used to.

I almost asked at halftime to my friend if Vermeulen was taken off in the first half because I did not really see him at all.

Very quite game from the big man but made some huge tackles. Jury still out if he should be moved from number 8.

Did not future at all in the test. He made some good tackles but we did not win the contacts at rucks as we normally did and his decision making was poor as a captain.

I think you can give du Toit any jersey on the field he will give you 120%.

He was massive again in defence and was about the only one that looked like he wants to play.

Eben did his bit before he went of and was good with ball in hand and in defence.

His power in the scrum was clear to see and his work at the breakdowns was also great.

He scrummed, he supported in the lineouts and he made his tackles but that is that.

Surely one of the worst games we have seen Marx played. He was not hitting his mark at lineout time and was totally ineffective at the breakdowns.

He also was not good in open play. We needed better from Marx in a big game like this.

Also one of the standouts. He was massive in the scrums and were great on defence.

Arsh of the week

Agnus Gardner for getting it totally wrong on the tackle of Farrell on Esterhuizen. Just not good enough from Gardner.

Here is the tackle you make your own judgement

Can not go without rating Rassie Erasmus as coach. I am one of Rassie biggest fans but on today’s performance he was poor. He should have taken Marx off when he did not perform. The same goes with Van Zyl.

His game plan was wrong and even more frustrating was the fact that the Boks did not have a plan-b. 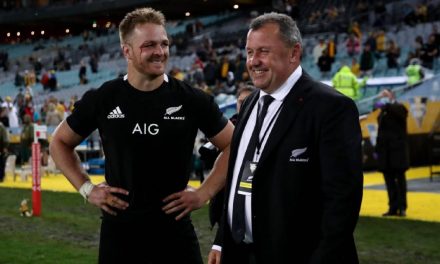 ‘He doesn’t believe that’: All Blacks boss Ian Foster weighs in on Sam Cane’s comments 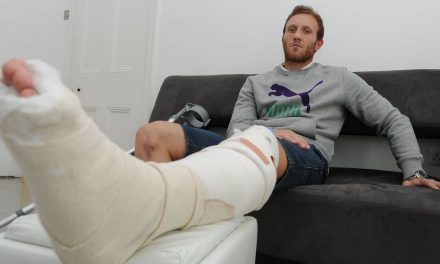 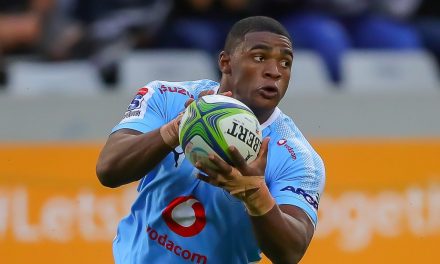