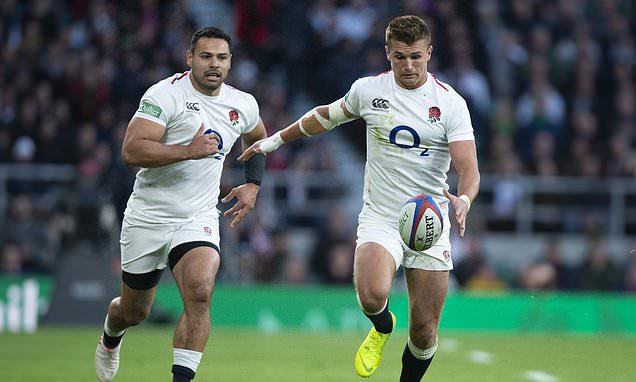 Henry Slade is eager to continue his centre partnership with Ben Te’o when England end their four-year wait to face New Zealand.

The duo played together for the first time in Saturday’s 12-11 victory over South Africa, with Te’o making his maiden appearance since May after recovering from thigh and calf injuries.

Their performances improved in tandem with England’s fightback against the Springboks and they are expected to keep their places when Eddie Jones names his starting XV for the All Blacks‘ visit to Twickenham.

‘The partnership felt pretty good. It feels like we’ve got pretty good balance,’ said Slade ahead of Thursday’s team announcement.

‘Against South Africa and in training it feels like we’ve got good balance across the midfield. Ben and I both have different strengths which enable us to play together.

‘Ben is an experienced guy who has been around so he knows what it takes after some time off with injury to know how to get himself right. He played pretty well.

‘He’s a laid back kind of guy off the field and is a good squad member. He put in some big shots and those things lift the team and inspire the boys.’

England have been given a clean bill of health ahead of Saturday’s showdown with Steve Hansen’s world champions.

Among the areas being sharpened by England is the scrum, which fluctuated in quality against the Springboks and will need to improve for the All Blacks showdown.

‘We started off really well and then dipped off,’ scrum coach Neal Hatley said.

‘We had a big scrum in the corner on their ball which got the penalty that enabled us to push ahead going into the final few minutes.

‘But then we lost it again on the last scrum of the game. Consistency is going to be important and we’re working hard on that.

‘New Zealand have improved hugely at the scrum. Six of that pack work together for Canterbury and then work together for the All Blacks, so they have unbelievable consistency in terms of selection and experience.’ 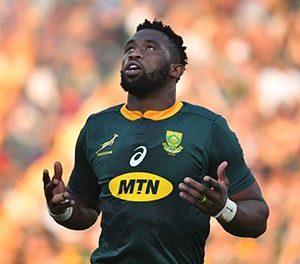 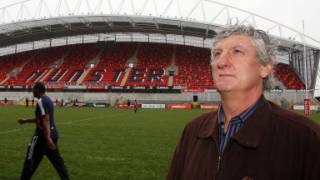 Military rule, guns and adventure: All Blacks’ ground-breaking tour to Argentina in ’76 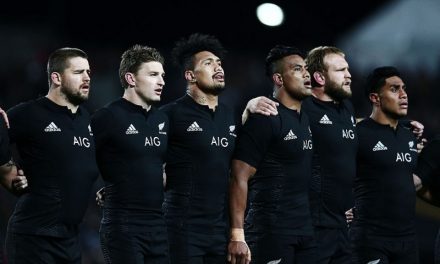 All Blacks star set for big move to Toulon 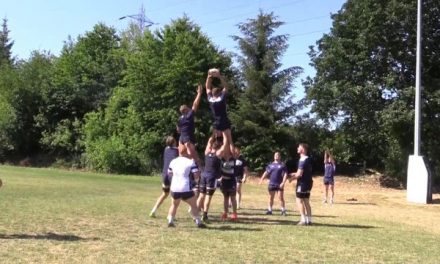 Do fluctuations in training load lead to changes in heart-rate variability in elite rugby union players?