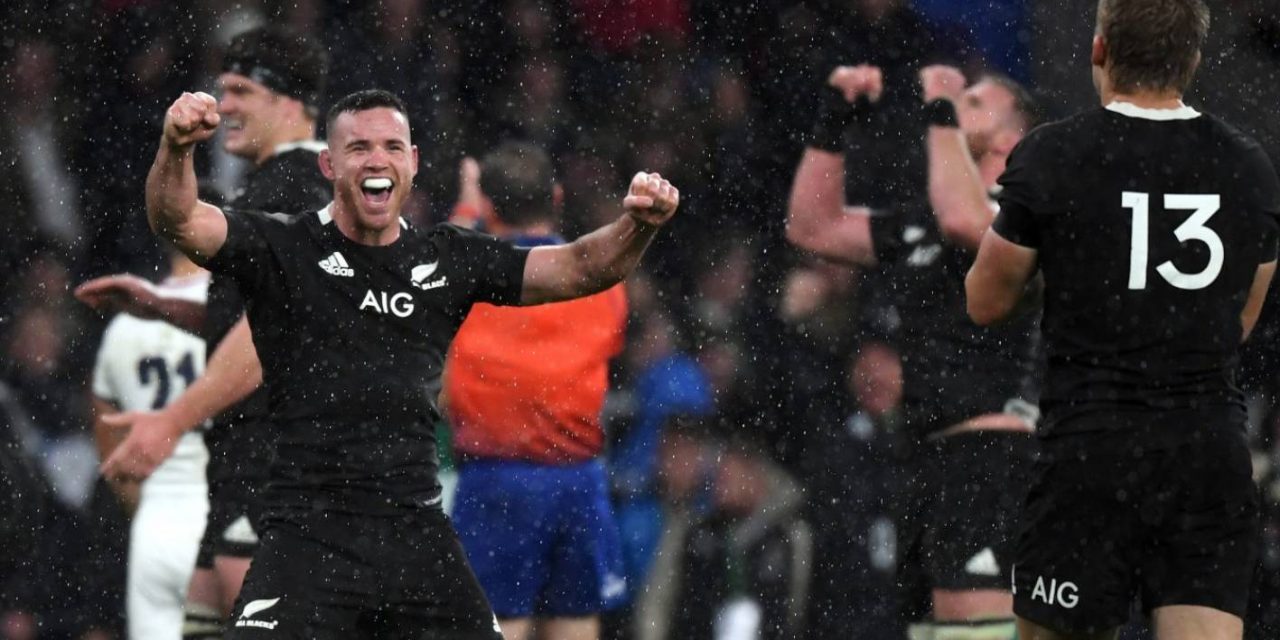 The All Blacks had TMO Marius Jonker to thank for their 16-15 win over England in London on Sunday morning.

It appeared England were on track for a mighty upset over the world champions when flanker Sam Underhill chased a loose ball from a charge down of a TJ Perenara clearing kick, and looked to have scored a fair try in the 76th minute.

If it had been given England would have led 20-16 with the conversion to come.

Referee Jerome Garces awarded the five pointer but when he consulted his TMO the decision was overturned.Backrower Courtney Lawes was deemed offside before he charged down Perenara’s kick, and the All Blacks were awarded a penalty near their 22m line. Talk about a great escape.

Seemingly in control after fighting back from a 15-0 deficit in the first half, the All Blacks were forced to dig into the darkest depths of their fitness levels as England launched wave after wave of attack at them in the final minutes.

Any other team might have curled up after making such a nightmare start against England in London on a soggy Twickenham pitch, as rain fell for much of the match and the English forwards did everything to drive their opponents into a pulp.

Yet, somehow, the All Blacks held on.

You couldn’t say this game was a cracker, but it was intense, and at times when you watched the two packs rip at each other it had all the intensity of a World Cup playoff game.

Trailing 15-0 after 30 minutes, the All Blacks could have bottled this. After all they had been average for much of the first half, struggling to control the ball and unable to lock the English out of their half as high bombs rained down on the back three.

Then something clicked. Fullback Damian McKenzie scored off an inside ball from Beauden Barrett in the 38th minute and a late penalty from the latter meant the visitors trotted into the sheds trailing by five points.

You could sense the Englishmen’s shoulders starting to sag as they contemplated what lie in wait in the second half. What followed was not pretty, but it was absorbing and the All Blacks finally took the lead when Barrett slotted a penalty in the 59th minute.

The All Blacks mixed up their game plan – there was even a drop goal from Beauden Barrett – to accommodate the wet conditions; there was plenty of kicking from Barrett, McKenzie, before he was replaced by Richie Mo’unga in the second half, and Aaron Smith, but they were also willing to chance their arm and follow the catch and pass routine inside their own half.

It took just a couple of minutes for England to fire their first shot, a wide pass from Ben Youngs gifting Chris Ashton the chance to bag the first try of the match and leave the All Blacks asking each other they allowed their defensive line to contract so easily.

Didn’t the England fans love that, with the 82,000-capacity stadium almost rocking on its foundations as a loud roar encouraged the men to keep their heads and remain to a game plan of kicking high and putting pressure on McKenzie.

Finally, with two minutes until the break, New Zealanders got their engines hissing. More than 20 phases were required before they won a penalty and rather than take the easy three points, Kieran Read called for a scrum that, several phases later, resulted in McKenzie rocketing on to an inside ball from Barrett.

As the All Blacks trek to Ireland to play the second-ranked team in the world, they may have to consider playing in Dublin next weekend without midfielder Sonny Bill Williams who left the field in the 30th minute with what appeared to be a shoulder injury. 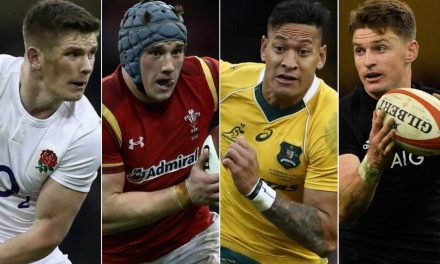 Rugby union team of the year: Who makes your 2017 side? 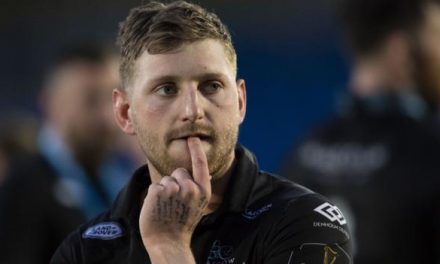 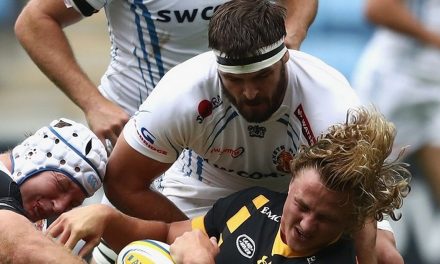