It was the 42nd minute at Loftus Versfeld. With the score at 6-6, and a rampaging Springbok pack on the front foot, the All Blacks turned the ball over inside their own 22. Freeze that frame.

What happens next? The All Blacks pounce on a disorganised Springbok defensive line, go through the hands and end up scoring at the other end, to lead 13-6 at halftime, right? Right? Not quite. Click play. Aaron Smith collects the ball, boots it as high and as far as he can, and the All Blacks sprint off. When has that ever happened before?

I’ve had my suspicions since the British and Irish Lion’s tour to their shores, but that moment confirmed it for me.

A seminal moment, which shows that there are cracks, and they are fast widening. Make no mistake, they ARE the best team in the world. But unbeatable? Not quite.

There seems to suddenly be more than a hint of self doubt, where previously there was cocky assuredness.

Take Wellington for example. Having defeated the Springboks the year before, by 57-0, they raced into a 12-0 lead and seemed set to inflict more misery on the Boks.

Becoming ragged and cocky, they started playing Barbarians style rugby, to their cost. They gift wrapped two tries for the Boks, and ended up losing a game they should have won, easily. After the game there was lots of talk about them not going for the drop goal to win the game, despite going through multiple phases after the hooter, underneath our posts.

Buoyed by their belief in scoring tries, they gambled, and lost. Lambasted by their media, suddenly at Twickenham and in Dublin, Barrett went for drop goal options, relatively early in games, when there was space on the outside, they would usually look to exploit first.

Pretoria. They got out of jail, in the last minute, after trailing by 30-13 with twenty minutes to play. Battered, bruised, obliterated, physically bullied by the Boks.

They won the game, but seeds of doubt were planted. You could see it in their eyes. The look of shock. Bewilderment. The deer in headlights look. Visible even from thousands of miles away, watching on my couch, with the experience of seeing that exact same look on South African cricket players faces, each time an ICC event roles around.

Twickenham. Pouring rain. 15-0 down, after an English blitzkrieg that they surely must have known was coming.

It was Pretoria 2.0, high octane physicality, allied with straight running and intelligent kicking. That they recovered, is to their immense credit, but further indication that their cloak of invincibility was slipping.

Dublin. In the build-up to the test, watching their weekly Breakdown show, All Black legends Justin Marshall, Jeff Wilson and Ali Williams all remarked on one thing.

Their seems to be an excitement in the air now when the Kiwi boys come to town. Fear, no. Respect, yes. What was most telling, was the Irish belief that they would win this. On the night, the All Black side ran into an Emerald earthquake, and were absolutely out of ideas, out of legs and out of quality by the end.

One try in two matches on this Northern tour, speaks volumes. The in your face defence, the line speed of teams on defence, the willingness to hold onto the ball and pound through the All Black lines, and making intelligent decisions, seems to be the recipe to beat them.

Now, as mentioned earlier, it would be churlish to suggest that they are not still the best team in the world. And it would be foolhardy to think that they won’t analyse this year and come up with plans to counter teams.

But the cracks ARE widening and the empire is starting to crumble a bit. Granted ,they’ve had key injuries to key players, and some senior players seem out of form, but we keep hearing about the infamous kiwi depth and ability to field three sides, so even that argument is hollow.

Its an eternal regret that they are not playing Scotland this weekend, instead of the luckless Italians, who surely will be on the end of an almighty backlash and a solid beating.

So the balance of power in World Rugby, remains in the land of the long white cloud. For how much longer? I suspect that this time next year, there will be the mother of all parties in Cape Town or Dublin.

All Blacks – Invincible no longer? 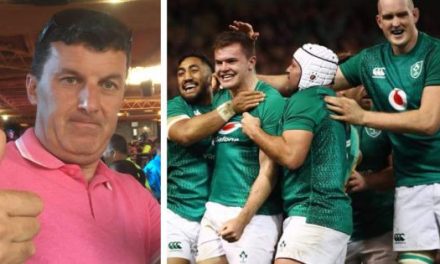 A classic Longford video: Jimmy Jests on Ireland’s historic win over the All Blacks – Longford Leader 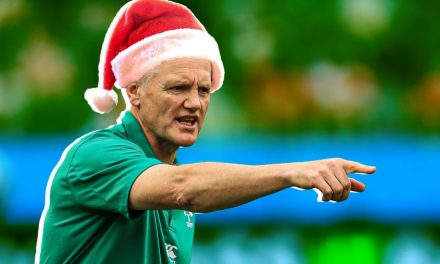 Has Santa brought an early present for the All Blacks? 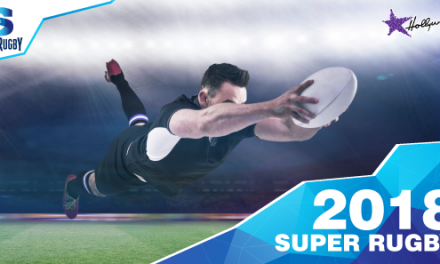