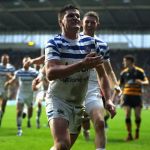 Freddie Burns engineered Bath’s precious 24-14 Gallagher Premiership victory over Wasps at the Ricoh Arena. The former England fly-half scored a try and kicked four penalties and a conversion to be named man of the match and propel the club from ninth to sixth in the Premiership.

A tense opening half-hour was lit up by a brilliant try from Burns, who accelerated through a gap and over the whitewash from 20 yards out to extend Bath’s lead to 11-6 after he had landed two earlier penalties.

Wasps trailed 14-9 at half-time, with Billy Searle’s three penalties keeping them in touch, but when they spilled the restart and were shoved back at a scrum, their prospects appeared increasingly bleak.

Burns landed another penalty in response to the crumbling set-piece and the same Achilles heel was exposed shortly after, acting as the prelude to a sustained barrage from Bath.

54′ | TRY! Intelligent work from @Will_Chudley to score at the base of the posts. [9-24] pic.twitter.com/bgGrTFuIe2

The forwards battered away to gain precious inches, and after 19 phases they were over when Will Chudley touched down on the post.

Wasps responded with a well-worked drill at an attacking lineout that saw Thomas Young wheel the driving maul before peeling off and diving over in the right corner, but they failed to register any more points.

Gloucester hung on to third place in the Premiership with a hard-fought 20-17 win over rock-bottom Newcastle at Kingston Park.

The visitors led 10-6 at the interval thanks to a try from skipper Ed Slater, which came after a controversial penalty awarded by referee Karl Dickson following a mass brawl just before half-time.

Newcastle Falcons show their disappointment after being beaten by Gloucester

Prior to that, Newcastle had looked relatively comfortable with their 6-3 lead, thanks to two Sonatane Takulua penalties in response to Billy Twelvetrees’ early three-pointer for the visitors.

In front of their biggest crowd of the season – 9,024 – the Falcons came back from four points down at the break to lead 17-10 heading into the final quarter of the match.

However, a close-range try from England No 8 Ben Morgan, converted by Twelvetrees, levelled the scores, and then with seven minutes to go Twelvetrees slotted over the match-winning penalty to keep Gloucester in the hunt for a play-off spot. 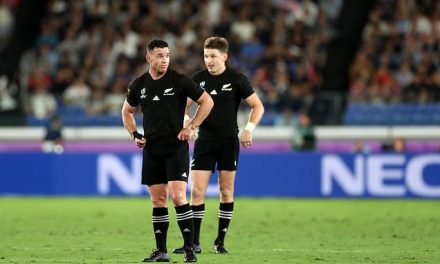 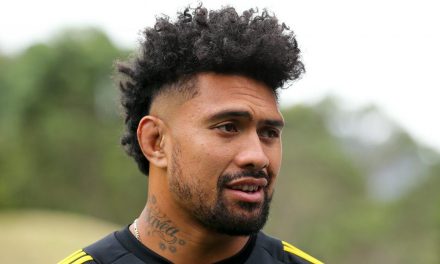