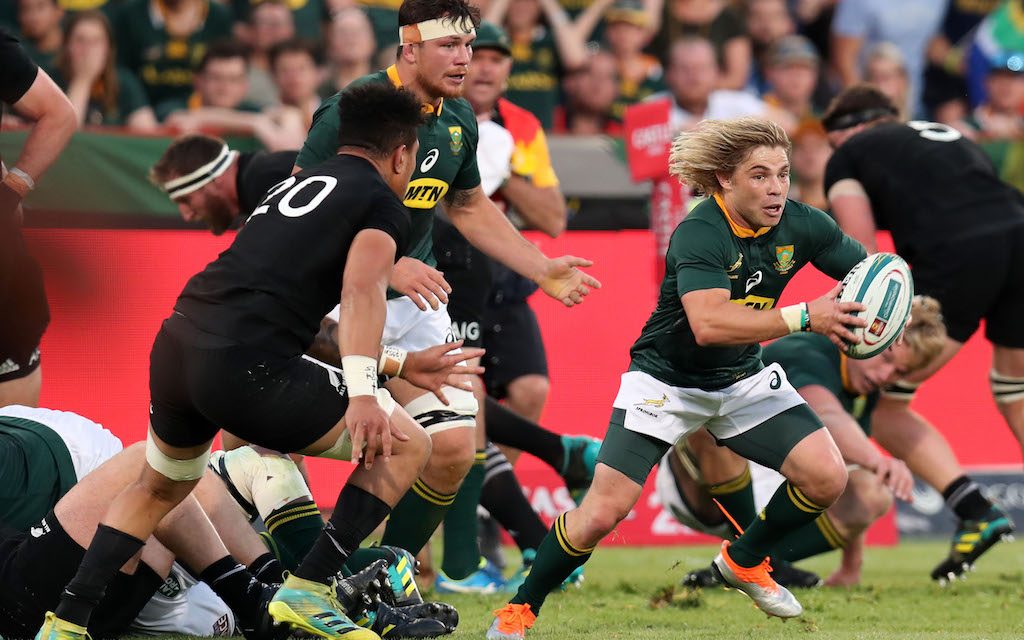 Faf de Klerk believes the Springboks can ‘surprise’ the All Blacks in their opening match of the 2019 World Cup.

The arch-rivals will meet on 21 September in Yokohama in a clash that should determine who finishes top in Pool B. Italy, Namibia and Canada are also in the group.

That Wellington win has given the Boks the belief that they can upset the All Blacks in Japan next year.

‘That first game is going to be amazing,’ De Klerk told the Daily Mail. ‘We can turn everything on its head and surprise a lot of people. One of Rassie’s main points was that if we can beat New Zealand away, our chances of winning the World Cup will go up so much more.

‘We’ve done that, so we know we can beat them in that pool game on neutral ground.’

A big reason for the Boks’ first win in New Zealand since 2009 was De Klerk’s ability to put rival scrumhalf Aaron Smith under pressure throughout the game, which disrupted the All Blacks attack.

‘People know how good Smith is and what he brings to the team, but as a nine playing in that team, you are so comfortable,’ said De Klerk. ‘You’re never under pressure and you’re always getting front-foot ball.

‘I started doing it at Sale, where I’d see other nines who seemed to have a lot of time and I realised that I really needed to put them under pressure. We started that here. We put teams under a lot of pressure and won a lot of turnovers from it.

‘In the Bok camp we picked up that Smith was a bit too comfortable behind the rucks, so we got in their faces and I tried to get in his face. I knew they just expected him to be at every ruck, to deliver quick ball, so I had to hit him and keep him on the ground a second longer.’

The post Faf: Boks can beat All Blacks at RWC appeared first on SA Rugbymag. 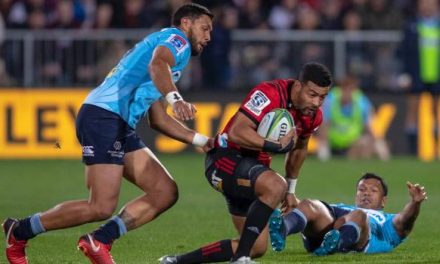 Phil Gifford: Crusaders and Hurricanes on a fast-track to Super rugby final 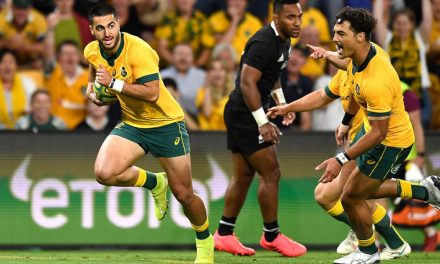