England coach Eddie Jones believes Jonathan Sexton has a “bat phone to the referee” as he suggested the Ireland star receives preferential treatment from match officials.

Jones’ side have the toughest possible start to their Six Nations Championship campaign, away to Grand Slam reigning champions Ireland on February 2.

Flyhalf Sexton, the World Player of the Year, is currently out of action with a knee tendon injury but is expected to be fit for the match at Dublin’s Lansdowne Road.

“Sexton is a reasonably big player who has the bat phone to the referee,” said Jones in a reference to the device police used to summon Batman in the American television series based on the comic book hero.

“He is the only one allowed to pick up the red phone to talk to the referee.”

‘Targeting’ an opposition No 10, who is usually the main playmaker in any rugby union team, is standard practice.

Many Ireland fans feel that, consequently, Sexton is often on the receiving end of late tackles while, by contrast, opponents have suggested their legitimate challenges on him result in unfair punishment.

Technically a captain is the only player on the field who, under rugby’s rules, is allowed to initiate a conversation with the referee.

But Jones said Sexton — whose Ireland skipper is Ulster hooker Rory Best — had earned his ‘hotline’ because of the excellence of his play, as now retired former New Zealand World Cup-winning captain Richie McCaw had done before him.

“When he (Sexton) talks, the referee listens.

“That is because of his status in the game — you earn that, like Richie McCaw did,” Jones explained.

Rugby Union: Just days after a controversial video showed Kurtley Beale in a room with illicit drugs, the Wallaby has been caught up in another controversy with a 2015 video showing yet more suspicious activity.

Meanwhile Jones also entered into the row sparked by an admission from Marcelo Bielsa, the manager of English football’s second tier leaders Leeds United, that he has had their divisional rivals watched in secret by a member of his backroom team this season.

Jones, a former coach of both his native Australia and Japan, said that while such ‘spying’ had been commonplace in rugby, it had now been made obsolete in rugby by modern technology.

“Fifteen years ago we used to send people out in costumes to watch training,” he said.

“I can remember sending a coach who is now in a very senior position in a costume to go and watch one team play and he got chased out of there.

“He was dressed up like a swagman, wearing one of those hats with corks.

“Now you don’t need to do that because you see everything in the game.

“I have been coaching for 20 years and it has always been going on.

“If you want to do that you can do it.

“I can say with a hand on my heart we don’t do it any more.

“We just don’t see the value of it because we can glean most of the stuff from the games.” 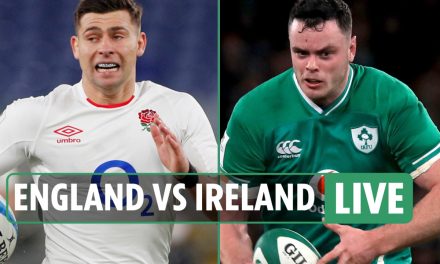 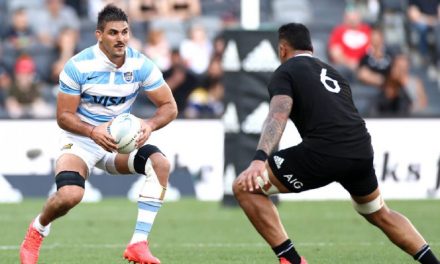 ‘We’re fully aware of what they’re capable of’: The Pumas stars the Wallabies need to shut down to avoid same fate as All Blacks