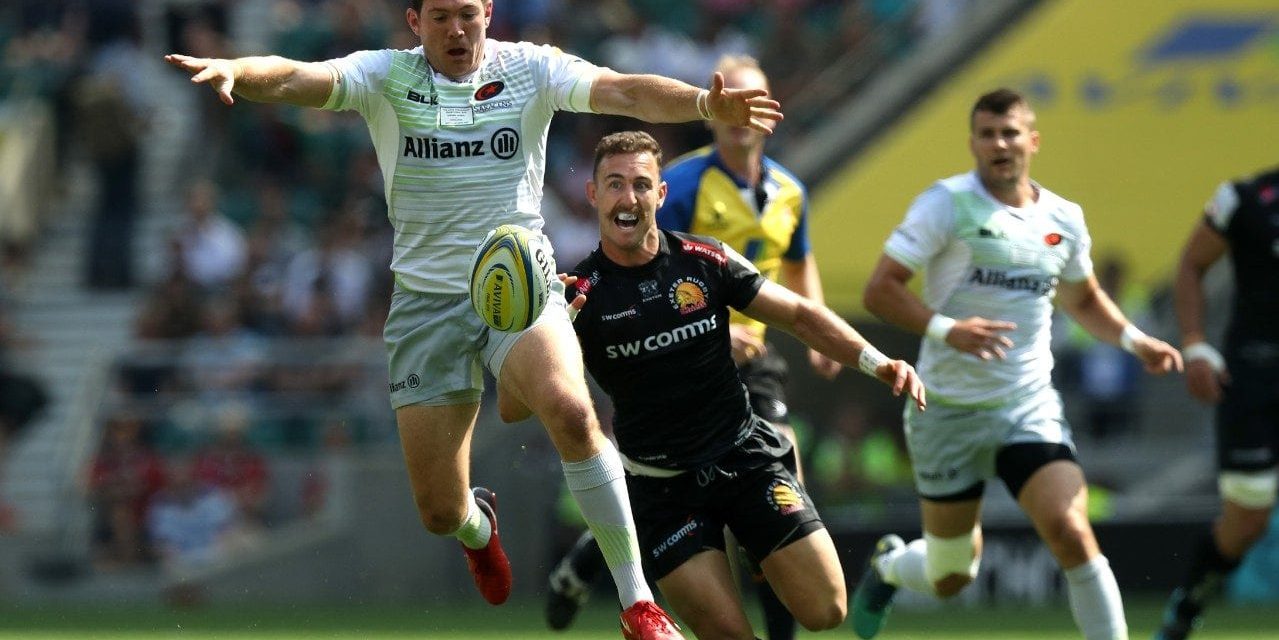 Slade’s 22m dropout is fielded by Lozowski who sends the ball inside to Billy Vunipola. Wiggelsworth decides to send a low bouncing box-kick towards Lachie Turner who punts the ball back up-field. Farrell decides to run the ball back but once again his attempt to find Vincent Koch sees the South African spill the ball and turn over possession.

Nic White darts down the shortside from the scrum but it proves to be a foolish decision as Loch’s clearing kick is blocked before White’s subsequent clearing kick is charged down by Itoje.

Saracens steal the lineout and find themselves with possession less than 5m out. Farrell sends a low grubber kick in behind Jack Nowell but the Chiefs winger does well to back-track and dot the ball down inside his 22.

Saracens engineer some width on halfway after some neat hands between Lozowski and Goode. Both Vunipolas are putting in some hard-yards in attack – surely Billy won’t be able to sustain this intensity for much longer.

Sarries work through the phases and find themselves just inside Exeter Chiefs’ 22 before Vincent Koch knocks on from a relatively routine pass from Farrell in midfield. Patient defence from Exeter.

Exeter desperately need to re-establish some pattern of play, here. White puts up another towering box kick but Alex Goode takes the high ball with aplomb. Farrell dinks the ball in behind once again but it’s not as well-weighted as his effort earlier in the half and Chiefs are able to return the ball with interest through Woodburn.

Oof! Hepburn is crunched in midfield in between the uncompromising sandwich of Mako and Itoje.

Vincent Koch is down and clutching his bicep after throwing out a flailing arm in an attempt to scrag Jack Nowell – looked a bit high to me.

Concern for Chiefs, too, with skipper Don Armand down and receiving treatment after a big hit from Owen Farrell. Looks like he’s heading off for an HIA. Thomas Waldrom replaces him.

A word from Saracens defensive coach Alex Sanderson who said his side were hoping to “put the fear of God into Exeter in defence.”

The game is restarted with a Sarries scrum and the Chiefs pack crumble as Mark McCall’s forwards put the squeeze on and Barnes pings Hepburn as the Chiefs front row collapses.

Owen Farrell kicks Saracens into a good position with the penalty but the Chiefs do well to steal the lineout and clear their lines.

Saracens controlling the tempo and territory now as Owen Farrell sends the Exeter Chiefs back three back-peddling with a 50m kick in behind. Nic White clears the ball with another well-executed box kick but the ball comes straight back at the Chiefs. Saracens attempt to work some space out on the right but the pass falls short and goes out of play for a lineout.

It’s Saracens’ turn to dominate possession as they go through the phases, testing Exeter’s mettle in defence.

TRY! Farrell pulls the ball back for Alex Goode who beats Ewers, who’s left flat-footed in midfield. Goode pops the ball over Jack Nowell who is forced to come inside and Chris Wyles is left in acres of space to go over in the corner. Scintillating stuff from the Saracens backline. Farrell misses with the conversion from the touchline.

Interesting stat, whoever scores the first try in the final has always gone on to win the final.

There was some concern for Vunipola after that score. He appeared to be a bit groggy as he got up but a HIA hasn’t been called yet.

Exeter take the restart and work the ball quickly up to halfway. A half break from Sam Simmonds gives Exeter strong field position but Jackson Wray gets in and over the ball forces a turnover. Farrell kicks Saracens deep into Exeter territory from the resultant penalty.

First put-in at the scrum for Saracens sees Brad Barritt go directly at the line from first receiver.

TRY! Farrell chips into the space in midfield and Alex Goode is able to volley the loose ball forward. Saracens recycle the ball and Owen Farrell goes cross-field to Chris Wyles who turns the ball inside to Billy Vunipola. Exeter are able to stop Billy metres from the line but Saracens recycle the ball quickly and Billy Vunipola crashes through two tackles and goes over under the posts!

More misery for Saracens as Exeter knock on at the lineout only for Wayne Barnes to penalise Maro Itoje for interfering in mid-air. Gasps all around Twickenham as Henry Slade misses touch with the ensuing penalty.

Farrell’s 22m restart is a beauty but Sam Hill is on hand to leap highest and bring the ball down for Exeter. Saracens being starved of possession so far. White decides to kick the ball long giving Saracens their first taste of the ball but Wigglesworth decides to hand possession straight back with a box kick of his own.

Slade gathers in the restart and lays the ball off to Sam Simmonds darts away down the blindside to relieve pressure on Exeter’s 22. That initial break by Simmonds has taken all the speed out of Saracens’ defensive pressure and forces Koch to give away a penalty, 10m inside Saracens’ own half, 5m in from touch.

The 45m distance proves too much for Simmonds who skews the ball low and right.

Chiefs fans in fine voice early on. Saracens defending aggressively at the gain line but some neat footwork from Sam Hill earns a linebreak for Exeter. Mako Vunipola is slow getting back onside and is pinged by Barnes for an early penalty right in front of the post.

Exeter secure the first lineout of the afternoon. White sends up another huge box-kick which Sean Maitland is unable to take, knocking the ball on for the first scrum of the afternoon. Nervy start for the Scottish winger who just took his eye off the ball.

Saracens put big pressure on at the scrum but Sam Simmonds scrambles away to retain possession just inside Saracens’ half.

Here we go! Referee Wayne Barnes gets the game under way. Owen Farrell kicks off deep to Turner who set the ball up well for a textbook Chiefs exit via the boot of Nick White. Early lineout on halfway for Saracens.

A reminder of the teams

Billy Vunipola does take his place in the Saracens starting XV having successfully come through warm up without a flare up of that hamstring injury.

Has spoken as Exeter aims to become the fourth team to win the Premiership title back-to-back since the playoffs began in 2002/03.

There’s two good sides out there – one has to win and one has to lose. What we don’t want to do is put in a poor performance.

Gareth Steenson misses out to 21-year-old Joe Simmonds at fly-half for the Chiefs today, despite Steenson’s match-winning penalty kick in last year’s final.

“We’ve had a bigger competition for places this season and that’s driven our season far,” said Baxter.

“It’s been tough leaving players out, but Joe came into form just at the right time. I’ve said to Gareth on numerous occasions that I expect him to continue to fight for his place, even now. “

Confirms no definite decision has been made on Billy Vunipola yet, with less than 20 minutes to go until kick off.

“He’s obviously got something wrong… we’re going to see how the warm up goes today to be honest but we’re confident he’ll be fine.

“The sensible thing to do is to give it as long as possible.

“It’s important to have as many of your best player available for days like this. It’s going to be a long, warm day and our bench is going to play a huge role.

“We got a couple of defensive things wrong last week and we think we’ll correct those today.”

Brits told Bayfield: “To end your career on a day like this, in beautiful weather against a side like this is such a pleasure.”

Brits starts on the bench this afternoon but is sure to make an appearance with his devastating ability in broken field towards the end of matches.

“We must be patient, not give away silly penalties and front up physically,” he added.

Some suggestion from BT pundit Martin Baylfield that Billy Vunipola is still a doubt for today’s game – despite being confirmed in the final teamsheet.

To clear things up he jogs over to Billy and asks how he’s feeling.

“Hopefully I can play longer than I did last week.

“I haven’t felt these nerves for a while, it’s only my second game since injury so it’s going to be hard work but I’ve got a lot of good players around me.”

Wayne Barnes will be the man with the whistle today in what will be his 200th top-flight game as a referee.

“To reach 200 is extremely special particularly at the biggest game of the Premiership season,” said Barnes.

“What’s most special for me this weekend is the idea that I’ve been selected to referee the biggest game in English rugby this year and I’ve got to make sure I do the game justice.

“It has been a fantastic year. Two Bledisloe Cups to start the season, the Premiership season, Wales v New Zealand down in Cardiff, an intense Christmas period, two Six Nations games and then a quarter-final and the final of the Champions Cup – it’s the only season I’ve got two cup finals in one season, it has been a wonderful year with some special memories.”

And welcome one and all to our live coverage of the Aviva Premiership final – and what a game we should be in for.

I should start off by declaring a personal interest early in this final, having worked behind the bar at Sandy Park when Exeter Chiefs presided in the second tier of English rugby – but I promise not to let it affect my objective coverage.

Defending champions Exeter, taking part in their third final in as many years, take on Saracens, who will be desperate to reclaim the title they won against Chiefs in 2016.

Both sides are here after recording impressive victories in their respective semi-final’s last weekend.

The Chiefs ran out comprehensive 36-5 winners over Newcastle Falcons at Sandy Park, while Saracens reached their fourth final in five years following a record-breaking semi-final win over Wasps.

“We’ve been involved in an extraordinary game,” said director of rugby Mark McCall following the end of the match.

“We switched off and let them back into it but we played some brilliant rugby today, and when it became a 36-26 game we kept playing and didn’t panic.”

Exeter beat first-time semi-finalists Newcastle to reach the final of the Aviva Premiership for the third successive year following a convincing win at Sandy Park.

Don Armand, who will count himself unlucky not to earn a place in Eddie Jones’ England squad to tour South Africa, put in a man of the match performance to help the Chiefs see off Dean Richards’ Falcons.

Billy Vunipola starts on Saturday despite ongoing concerns over his tight hamstring.

The England No8 lasted only the first half of the semi-final victory over Wasps in his latest comeback from injury but director of rugby Mark McCall insists he should be given the all-clear.

Wales full-back Liam Williams is unable to return from the shoulder issue sustained against Gloucester meaning Alex Goode, Sean Maitland and Chris Wyles maintain their spots in the back three.

Richard Wigglesworth will make his 210th appearance and could become the first player to win five Aviva Premiership finals.

Exeter Chiefs are unchanged from their win over the Falcons last weekend.

Sam and Joe Simmonds become the eighth pair of brothers to feature in a Premiership final, as they start at No 8 and fly half respectively. 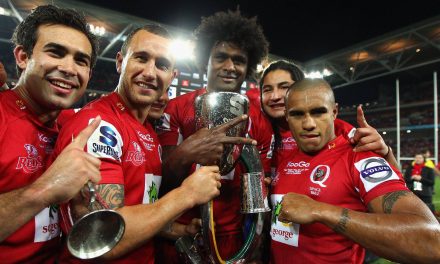 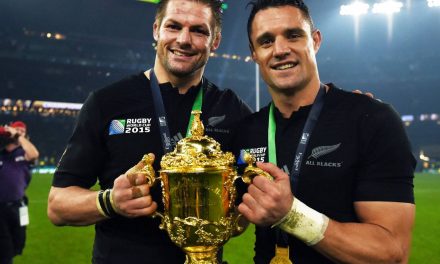 Rugby World Cup: Where are the All Blacks’ 2015 world champions? | Stuff.co.nz 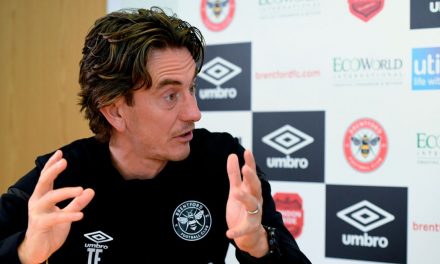