A dedicated Doddie Weir fan has painstakingly crafted a portrait of the rugby legend made entirely out of postage stamps to raise funds for the former player’s charity foundation and the Edinburgh school he attended in his youth.

The 2 metre by 1.2 metre portrait made by Michael McGee, a Scottish rugby fan who now lives in Trinidad, will be auctioned off at a dinner held at the National Museums of Scotland to raise funds for the My Name’5 Doddie foundation and the Erskine Stewart’s Melville Schools’ Access to Excellence school bursary charity.

The ESMS Dinner for Doddie will see 725 former pupils and supporters of the school gather on February 1 to bid on over 40 items including a trip to Paris on a private jet, a signed Scotland rugby jersey and the handmade stamp portrait.

Each lot has been generously donated by individuals and businesses with no cost to the school.

The large portrait was air-freighted from the Caribbean to the Capital via Miami, arriving safely last week and will be hung on the fourth floor of Harvey Nichols ahead of the auction.

Michael McGee dedicated the portrait of Doddie, who was diagnosed with motor neurone disease (MND) in 2016, to his good friend Joan DeGannes who died of the condition just months after being diagnosed.

Mr McGee has been living with Parkinson’s disease for ten years and despite the difficulty presented by his condition, was so inspired by Doddie’s courage and zest for life that he spent many weeks creating the large collage portrait.

The postage stamps used in the unique artwork have been sourced from all over the world and include one from every team Doddie met on the pitch during his time playing for Scotland.

The average age of the stamps are 60 years old and include ten Penny Reds and ten Jubilee Half Pennies from the reign of Queen Victoria.

The portrait invites close inspection, revealing details that attempt to capture the essence of one of Scotland’s most loved sporting stars including cattle to represent his farming background and a stamp on his arm that celebrates England’s 1996 FIFA World Cup win.

Getting hold of the right stamps was frustrating at times for Mr McGee who went to great lengths to include one stamp from every country the famed lock played against,  including Fiji.

Bryan Lewis, director of development at ESMS, who coached Doddie in rugby when he was at school in Edinburgh, said: “The Weir family are very close to the schools’ community and Doddie is very proud of the sporting access to our schools.

“It’s an extraordinary portrait. The sheer effort, it’s  amazing … it’s a huge labour of love. It’s a work of art and absolutely unique – there’s nothing like it in the world.”

Mr Lewis expects the night to be an emotional one with special guests Doddie, his wife, their sons, his sister and parents in attendance.

He said: “[The portrait] is a collection of postage stamps but it is priceless. It’s just  total love of Doddie, Mr McGee was overwhelmed by the courage Doddie has shown against overwhelming odds, which he has experienced with his own condition.”

The My Name’5 Doddie Foundation, which raises funds to aid research into the degenerative condition, donated £50,000 to research charity Funding Neuro in November. 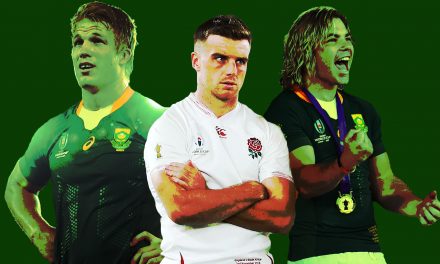 A move to the Six Nations would be all positive for the Springboks – but what would their opposition think? 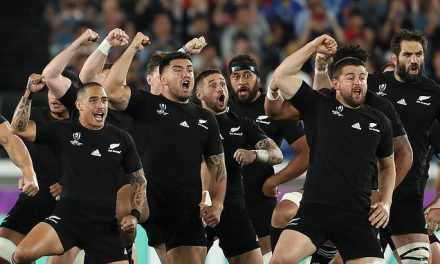 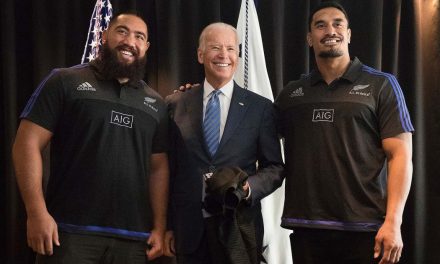 ‘So proud’: US President Joe Biden celebrates Ireland’s win over All Blacks