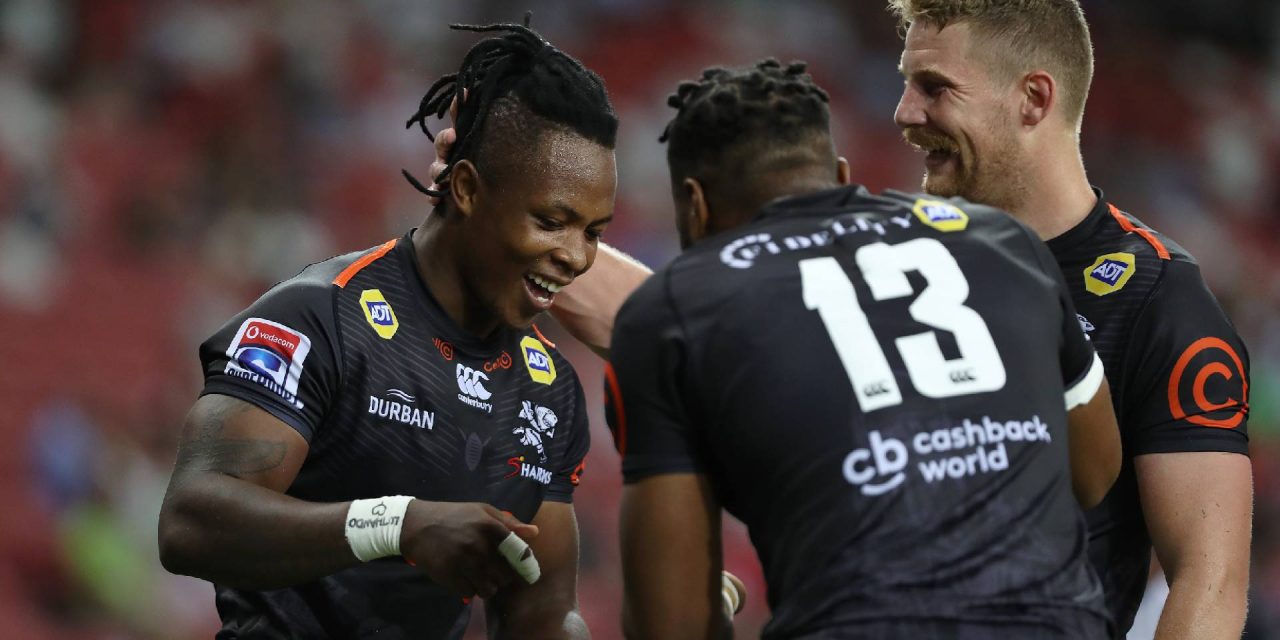 We’re two weeks into the Super Rugby season and already the competition looks as wide open as ever.

Of course, it’s only early stages so far and many teams are still struggling with integrating their international players back into the mix, but we’ve already seen signs that the 2019 competition could be one of the most competitive we’ve had in recent years.

At this stage of the competition, only four teams have maintained a 100% record: the Crusaders, Sharks, Highlanders and Rebels.

The Rebels, courtesy of an early bye, have only played one game this season and the Highlanders have had to come from behind in both their wins.

The Crusaders narrowly escaped in their opening match against the Blues (and had Blues replacement first five Harry Plummer been on target in the dying stages of the match, the outcome may not have been so favourable) and the Sharks have had the benefit of facing off against the Sunwolves, a team not known for their ability to knock off strong opponents.

A quick rundown of how the teams in all three conferences have performed in 2019 shows that, other than maybe a couple of typical picks, it’s difficult to determine which teams are likely to be pushing for playoff positions come the latter stages of the competition.

In New Zealand, the Crusaders remain cream of the crop and even at this early stage they would have to be comfortable favourites to take out the championship. They had a blip in week one but with many All Blacks still being slowly eased back into the squad, they’ll only get stronger. Their comprehensive dismantling of the Hurricanes was a sight to behold and few teams will fancy their chances against the red and black machine.

Braydon Ennor has shone for the Crusaders in the opening round of Super Rugby. (Photo by Anthony Au-Yeung/Getty Images)

The Highlanders, although undefeated so far, have appeared to fall asleep during stretches of their matches and coach Aaron Mauger won’t be too impressed. They overcame a sending off against the Chiefs and responded well to a relatively late Reds onslaught but their All Blacks aren’t quite firing just yet. This is no surprise given their lack of pre-season action but they’ll have to find form soon or the Highlanders may struggle to maintain their Houdini act.

The same could very much be said for the Hurricanes, who also managed to win in the first-round thanks to some poor goalkicking from the Waratahs’ Bernard Foley. The Waratahs in Sydney is not an easy match up and the Hurricanes weren’t playing with many of their All Blacks, so the lack of form can be forgiven. More concerning is how easily they were torn to shreds by the Crusaders last weekend.

The Chiefs suffered a similar fate against the Brumbies in Canberra (though the last time a New Zealand team was eviscerated in ACT at the start of the season they went on to win the competition) and have already been hit hard by injuries. After throwing away the win against the Highlanders, the Chiefs will be desperate to bank five points against the Sunwolves this weekend – though even that may not be a given anymore, given how competitive the Sunwolves were against the Waratahs.

It’s hard to really gauge what we’ll see from the Blues in 2019. But for those missed penalties in round one they would have recorded their first win over a New Zealand team since their first game in 2016. The Sharks had no issues disposing over the Blues in South Africa over the weekend but the Durbanites are no slouches and will likely be South African’s biggest threat moving forwards this year. The matchup between the Blues and the Jaguares in Buenos Aires this weekend will be a great litmus test for both sides.

In Australia, things are looking considerably rosier than they did last year. The Rebels, fresh off a bye, will look to put the Highlanders to the sword this weekend with their star-studded backline. Their win over the Brumbies in the first round of the competition coupled with the Brumbies’ performance against the Chiefs implies that they could be Australia’s strongest team for 2019.

Quade Cooper proved to be a hit in his Melbourne Rebels debut. (Photo by Tracey Nearmy/Getty Images)

The Brumbies themselves could also do some damage to opposition this year. Like the Crusaders in the earlier game, the Brumbies ripped the Chiefs to pieces on Saturday night with some increasingly slick passing. Though the results didn’t always go the Brumbies’ way in 2018, stats tended to favour the team from Canberra. Perhaps 2019 will see them capitalise on their opportunities?

The Waratahs have probably been the biggest disappointment in Australia in the first two rounds. They should have come from behind to beat the Hurricanes in Sydney in round one and they were incredibly lucky to escape with a one-point win over the Sunwolves in round two. For a team laden with talent, the Waratahs should be pressing for a finals spot but they’ve lacked a clinical edge so far in 2019 and they could find themselves being eclipsed by the other Australian sides as the tournament progresses.

The Reds are still a team on the rebuild – but signs were good in Dunedin on Friday night. Much will be learned about the Queenslanders when they host the Crusaders tomorrow evening. Though they may not be as packed with talent as some of the other squads floating around the competition, the Reds have in Brad Thorn a hard-nosed, talismanic coach who won’t accept any less than the team’s best.

The Sunwolves have not had access to their Japanese stars (nor their head coach, Tony Brown) yet this year and have mainly been fielding expats. They were punished by the Sharks in round one (a few teams will likely suffer the same fate in 2019) then came agonisingly close to claiming only their second ever win against an Australian team when they lost to the Waratahs by the smallest of margins. Whether this a sign that the Waratahs are falling or the Sunwolves are rising is a reasonable question – the 31 points that the Sunwolves conceded on Saturday was 19 fewer than the least they’ve conceded against the Waratahs in the past. Still, although the Japanese team seems to have no issues scoring tries, their ability to defend has to remain in question.

In the South African conference, there’s one clear front runner. The Sharks have conceded only two tries in their two matches this season and notched up a bonus point in both games. Although their opposition, the Blues and the Sunwolves, are arguably the weakest teams in their respective conferences, it’s difficult to argue that any game is easy in this competition (at least in 2019) – two wins is two wins.

The other four teams in the South African conference are all sitting on one win and one loss – showing how tightly the conference will be contested this year. The Bulls started the season with a bar-setting display, trouncing the Stormers by almost 40 points in Pretoria. They then travelled to Argentina to take on the Jaguares and looked comparatively uninspired. Handre Pollard is one of the best first fives in the competition – it’s hard to pin a team’s chances on one player but his performance will play a huge role in the Bulls’ fortunes this year.

Bulls speedster Rosko Specman was electric in his Super Rugby debut against the Stormers. (Photo by Christiaan Kotze/Gallo Images/Getty Images)

The Stormers, after their horror start, bounced back at home and toppled the more fancied Lions last weekend. Naturally, this competition is going to be impossible to win if you’re only capable of getting results at home, so this weekend’s match up against the Sharks in Durban will very telling. Will we see the Stormers side that capitulated away from home in round one, or was that merely a blip and will last week’s more composed side that stole the game in the closing seconds make a second appearance?

The Lions had their second game all but wrapped up when the Stormers struck after the final hooter at Newlands. The Lions’ performance was certainly not poor, but they failed to make the fatal blow when they had the chance. In comparison, in week one they strangled the life out of the Jaguares – something they will look to do again over the weekend when they play their first match at home, against the Bulls. The Lions will play four of their next five matches in Johannesburg (with the fifth away to the Sunwolves) and will be seriously aiming to bank wins in all those matches.

Everyone’s favourite second team, the Jaguares, have looked to build on their results from last year in 2019’s iteration of Super Rugby. The Argentines will be disappointed that they lost their first up home match against the Lions but bouncing back against the Bulls will alleviate some fears. Looking through the fixtures list there are some games that coaches will circle as ‘need to win’ matches – this weekend’s matchup against the Blues will be one of those fixtures for new coach Gonzalo Quesada.

Whilst not quite starting with a hiss and a roar, it’s clear even at this early stage of the competition that there are few obvious frontrunners in Super Rugby for 2019. After a few seasons of domination from the New Zealand teams, there are signs that the other conferences are kicking back into life – something which all fans of the game should be thankful for. Super Rugby is in need of a good shake up, but ultimately the best thing for the competition is an even, competitive playing field. 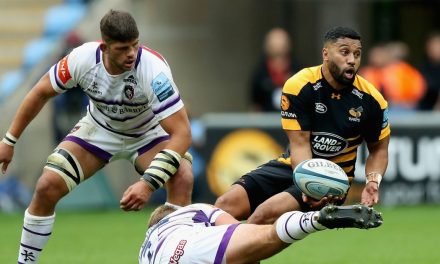 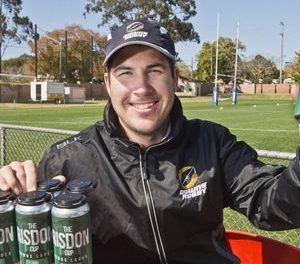 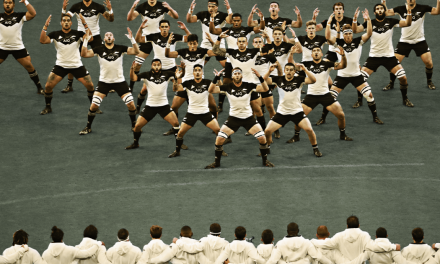 France v All Blacks: Over the Rainbow? 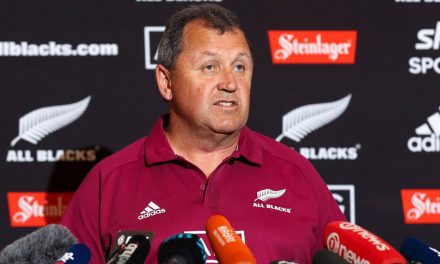 All Blacks vs Australia: Watch the highlights of the pre-Bledisloe Cup press conference | Stuff.co.nz