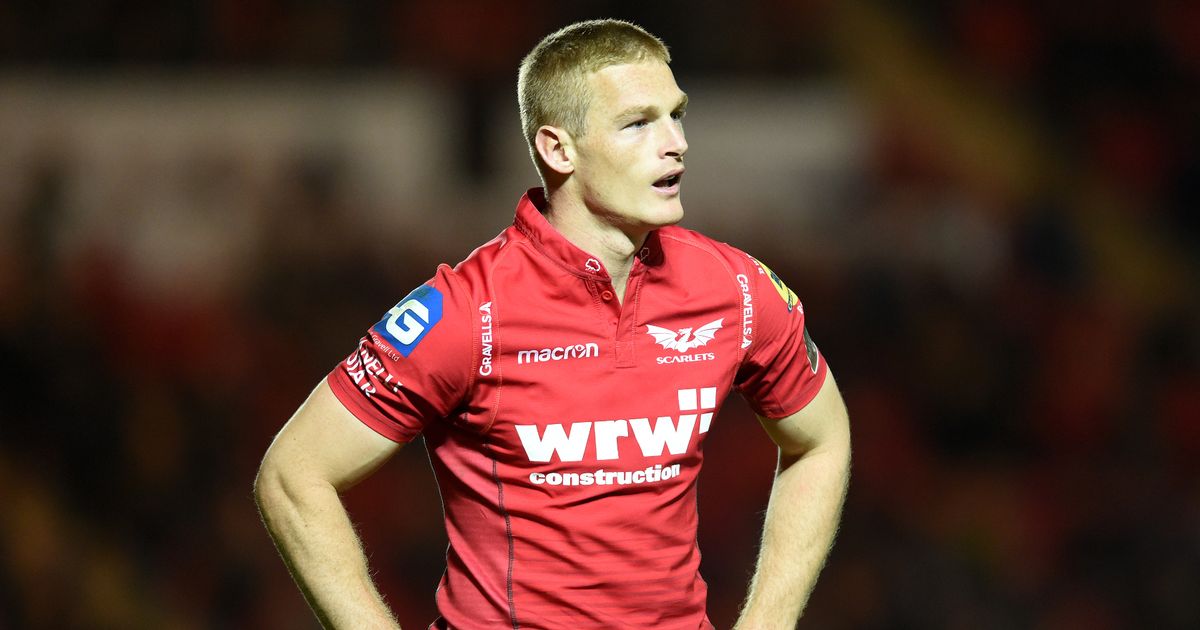 Half an hour into the Scarlets’ PRO14 semi-final with Glasgow, Johnny McNicholl catches an aimless clearance kick from home scrum-half George Horne.

He has only one thing on his mind.

He sets off on a trademark counter-attack, swatting away Scotland hooker Fraser Brown with a hand-off before releasing Steff Evans down the left wing.

Two more passes later and the Scarlets have scored through Rob Evans.

Just like that, the Scarlets have pulled away to an ultimately unassailable lead and, while they didn’t know it then, booked their place in the PRO14 final.

What made that particular moment even more special was that the catalyst, McNicholl, had not played since February after suffering a seemingly season-ending shoulder injury against Leinster.

But here he was, creating something out of nothing. It was like he had never been away.

The former Crusaders went on to play the full 80 minutes as the Scarlets carried on their title defence.

And as their title push looks to be clicking into gear at just the right time, in much the same way as last year, it’s hard to deny what McNicholl brings to the party.

Boy, have they missed him…

From full-back, he adds an extra dimension to the west Walians’ attack.

Just take the moments leading up to the Rob Evans’ try.

In less than four seconds, McNicholl manages to bamboozle the Glasgow defence – doing so much in such a short space of time.

First of all, he plants his feet with a little hitch kick to fix Brown before stepping outside the hooker.

As he does this, he switches the ball to his left hand, allowing him to fend off Brown with his right.

He then quickly puts the ball in two hand for a split second – his right hand literally just brushes the ball before dropping back to his side again – just to hold Tommy Seymour a nanosecond longer than the Glasgow winger cares to stay there.

With Seymour having given McNicholl an inch now, he takes a mile – releasing Evans with a one-handed offload.

It is pretty spectacular stuff.

Like anything put under the microscope, it is only when you look at each individual facet that you appreciate the full quality produced at break-neck speed.

These little moments of magic are what make this Scarlets team so special and are what makes McNicholl so important to Wayne Pivac’s side.

He embodies their ability to create tries from seemingly little.

Much like when Rhys Patchell plays full-back, he moves that magic into the wider channels.

The lateral ying to the straight-running yang of Hadleigh Parkes and Scott Williams.

And his offloading game is like manna from heaven to the likes of Steff Evans and Gareth Davies.

When it clicks, like it did in that first-half at Scotsoun, it is irresistible.

The good news is that he could soon be international team-mates of all those names mentioned above.

New Zealander McNicholl qualifies for Wales after the World Cup and Warren Gatland’s successor could be blessed with another attacking weapon, assuming McNicholl stays in Wales beyond the end of the 2018/2019 season when his current deal runs to.

So far, the battle for the Welsh full-back jersey has been largely a two-horse race.

The occasional appearance of a fly-half slotting in there aside, the 15 jersey has either gone to Leigh Halfpenny or Liam Williams.

When he qualifies, McNicholl could change all that and challenge them both.

After all, his embodiment of the Scarlets’ way saw him usurp Liam Williams as starting full-back at the back-end of last season for the region.

With Williams not long from being Lions Test full-back at the time, the idea that this import would force him onto the wing seemed like sacrilege.

But that is exactly what happened.

It is not out of the realms of possibility that he might do the same for Wales.

Leigh Halfpenny has been the man in possession of the 15 jersey this season, is arguably the best defensive 15 in the world, one of the finest goal-kickers around and a better attacker than many give him credit for.

Had he not been ruled out with a hamstring injury, he would likely have started at full-back – with McNicholl, as has been the case when both are fit, out on the wing or the bench.

McNicholl hasn’t exactly displaced Halfpenny from the backline , but Friday night’s performance raises some pertinent questions for the Scarlets and, in the long run, Wales.

Would club and country look better with Halfpenny reverting to the wing and McNicholl enjoying the freedom to roam that playing full-back gives him?

McNicholl adds a different dimension to the region and the fact he hadn’t played since February only accentuated his importance.

It all seems a little early to be thinking about McNicholl’s Test chances after just two seasons in Llanelli – with one disrupted by a late arrival and the other stalled by injury.

But his strike record of 17 tries in 34 games speaks for itself, while those immeasurable moments of magic that transcend the statistic sheets only add to his case.

And you only have to look at his Scarlets’ team-mate Hadleigh Parkes for an example of a player going from unheralded foreign signing to indispensable Test star.

For Pivac and the Scarlets, one thing is clear.

Their best chance of winning in Dublin next week comes with McNicholl somewhere in that backline.

They’ve gone long enough this season without him.

Whoever takes over from Gatland as Wales coach may well be thinking the very same thing. 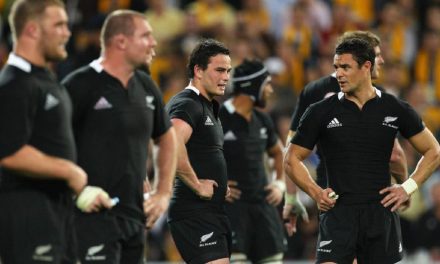 ‘I used to read all that and it used to get me up and down’: What the under-fire All Blacks need to learn from 2011 ahead of Pumas rematch

All Blacks v Wallabies: The five most exciting matchups ahead of Bledisloe I 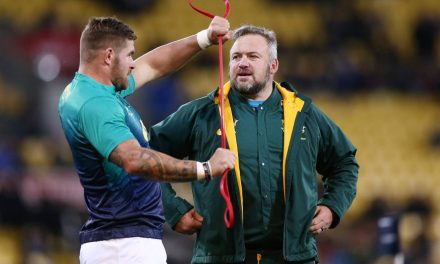