From Iain Paxton’s near injury-time try in 1985 to the excruciating 43-3 rout in 2001, the home of English rugby has seldom been a happy hunting ground for those backing blue.

The last time Scotland secured the Calcutta Cup at Twickenham, Ronald Reagan was in the White House and the voters of Dunfermline East elected a little-known Labour politician by the name of Gordon Brown.

But as Gregor Townsend’s men prepare to resume battle with their old rivals this weekend, an injury-ravaged Scotland may yet prosper from a lucky charm cheering them on. Peter Murray, a lifelong Scotland supporter, has watched the team play at Twickenham three times over the course of his life. On each occasion, the side has never lost.

Now, after a 30-year wait, the 73-year-old is preparing to venture south once again in the hope the extraordinary streak continues.

In over 60 years, Scotland have only ever won twice and drawn once at Twickenham, but as chance would have it, Mr Murray was present every time.

In the years since, he has tried to secure tickets for the coveted fixture, all to no avail.

But after writing to Guinness, the title sponsors of the Six Nations, he is gearing up for a match he describes as his “last hurrah”.

“I’m not sure I’m a lucky omen or not, but it’s a remarkable spectating record,” he said.

“I’m a wee bit fearful to be honest. I don’t hold out too much hope for a win, and if I was a betting man, I don’t think I’d be backing Scotland.

“But I can’t ever remember Scotland going to Twickenham as clear favourites, and the great thing about this fixture is you never know what can happen.”

Mr Murray, from Edinburgh, is a lifelong rugby fan and took in his first game at Murrayfield in 1956. It is his sojourns to Twickenham, however, that has earned him a unique place amongst Scotland’s fanbase. “It was actually an English friend who got me the tickets for the games in 1983 and 1989,” Mr Murray recalls. “For some reason, he refused to give me any more after that.”

Such an amiable rivalry has long been familiar to the retired banker. His parents hailed from the north of England, and while he and his brothers would cheer on Scotland, his father remained a “staunch Englishman” until his death 20 years ago.

“Our friendly family rivalry reflected the generally good natured way supporters of the teams in the Six Nations have always mixed and mingled at the games,” says Mr Murray.

Having all but abandoned hope of going to Twickenham again, he decided on a “last throw of the dice” back in January, writing to Guinness to outline his extraordinary history with the fixture.

To his surprise and delight, the firm replied, sending him two tickets and noting that “a slice of luck is essential to any successful sports team”.

Now, all that remains is to see whether he can confound the odds and continue his hot streak. “I think that for Scotland to have any real chance on Saturday, they’re going to have to score three tries in the first quarter of an hour.

“We’ll see if I can help them make it happen. Every little thing helps, as they say.” 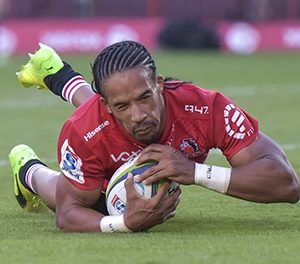 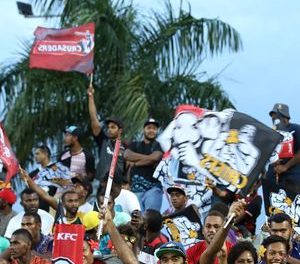 How to watch Argentina vs Scotland: live stream the rugby union from anywhere