The Southern Kings scored two tries in two minutes to record a sensational come-from-behind win over Edinburgh in Port Elizabeth on Saturday.

The 25-21 victory, at the Madibaz Stadium, was only their second win of the season amd only their third since joining the league in 2017.

However, a double strike by new import Bader-Werner Pretorius in the 75th minute (after having just come on as a replacement for his Pro14 debut) and Yaw Penxe (a move that started deep inside his own 22-metre area, from the restart) gave the Kings a sensational win.

The Scots dominated the middle portion of the match and went ahead with a second-half penalty try, followed up with a score for hooker Ross Ford.

But the Kings had other ideas.

The home side started like a train and got the first try in the opening minutes as Basson executed a wonderful bit of skill down the left flank.

Attacking from just inside the Edinburgh half Basson took a pass out wide, chipped in-field to beat the defence and then touched down for an excellent score.

Masixole Banda kicked the extras, but Edinburgh would fire back almost immediately – going through phase after phase in the opposition 22 before a delightful inside pass found centre Chris Dean to do the rest.

Van der Walt kicked the conversion, followed by a penalty at the other end, with Edinburgh enjoying most of the possession for the rest of the half – only for Banda to kick three more points before the break.

The Kings led 13-7 at the interval, but Edinburgh continued to press in the second half, almost getting over from short range through Pietro Ceccarelli only for a knock-on to be given.

The Kings defence held out impressively but was dealt a blow on the hour as blindside flank Cyril Velleman saw yellow and Edinburgh were awarded a penalty.

The South African side had made 180 tackles at this stage as the Scots opted for a scrum, eventually being rewarded with a penalty try to put them 14-13 ahead.

Edinburgh’s dominance continued and they used forward power for their third try, driving off a line-out until Ford was able to snipe over the line from short distance.

The Kings though weren’t done there and attacked in the final 10 minutes, with replacement Pretorius powering over with just four minutes on the clock.

From the restart the try of the game was still to come, with the Kings receiving the restart and immediately passing wide to another substitute – Meli Rokoua.

Rokoua stepped inside to beat the defence and flew to the halfway line before offloading out the back of his hand to Penxe, who stepped up the pace a notch further and blasted in to the tryline for a famous win. 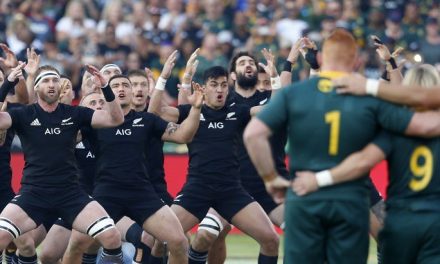 Kiwi scribe lays into the Springboks for “embarrassing” defeat