The Surprising Weakness Super Rugby Teams Are Targeting In 2019

When we think of beautiful Rugby attack, a sweeping backline move with a winger scoring in the corner may spring to mind. But there is a surprising weakness in Super Rugby teams this season that we think teams are specifically targeting. With rush defences becoming all the rage, teams are attempting to find ways to make breaks and metres without facing it at all. Let’s find out where one of these new gaps is on the Rugby field, and how teams are using clever passing to do it.

How Super Rugby teams are creating gaps from nothing

Let’s look at how teams are targeting the gap between the ruck and the first defender. This is usually the most congested area of the defensive line. I should say from the beginning that none of the following examples actually worked out, which is a sign of how hard this is to pull off. But we can see the intent.

Watch below as the Brumbies hooker follows the path of the yellow arrow, and tries to drag Dane Coles with him.

The run achieves its goal. The Hurricanes defence is now stretched out, and the hole has been made. The pass is inaccurate, but we can see what the Brumbies were trying to achieve with this move.

The Highlanders also tried a line-out variation of this move. Below, Dixon runs that same line again along the yellow arrow.

This time no.18 Iosefa-Scott is playing a blocking role, preventing players from the line-out from covering and thus creating a gap.

The final pass doesn’t go to hand once again, but this would have been a game-changing moment for the Highlanders with the scoreline as it was.

Now we know how teams are doing these moves from line-outs, let look at how they can be pulled off during phase-play as well.

Here the Rebels set up a ruck in midfield, and proceed to do a move straight out of the Joe Schmidt playbook. Genia is about to give the ball to Luke Jones (no.4) but the player to keep an eye on is Faulkner in the blue circle.

Jones successfully drags the Highlanders no.9, while Faulkner blocks off another defender with a tactical arm across the chest. The Rebels almost find the gap, but the pass goes behind the man.

I mentioned earlier that this is straight out of the Joe Schmidt playbook, and you can check out the article below if you would like to see a move like this in action at the international level.

There is one last innovative variation of this move that we saw in Round 3. And it came from a team you might least expect.

With all the exciting Super Rugby teams this season, it would be easy to overlook the struggling Blues when it comes to new tactics. But we did notice one occasion where they added an interesting element to this move. Watch Parsons (yellow circle) make a run toward the defender (red circle at the top of the screen).

The smart part of this play is how they use their no.9 as a dummy runner out the back. This allows the Blues to drag both defenders across and create a hole. However, Medrano manages to come across and make the tackle for the Jaguares.

This move would have worked if the Blues had used a blocking option like the ones already mentioned above. But because they over-committed to the initial ruck, this wasn’t an option.

These plays are an interesting counter-move to the rush defence that has become so prevalent in modern Rugby. We saw Wales beat England (and their strong rush defence) in the 6 Nations recently, indicating teams are finding more and more weaknesses in these structures. What are some other ways teams could beat a rush defence? Let us know your thoughts. 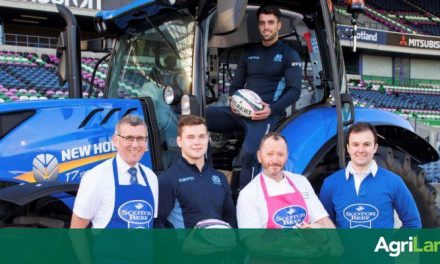 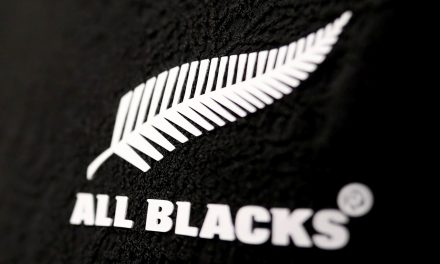