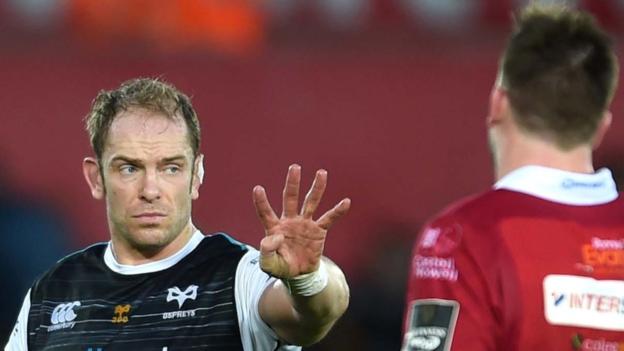 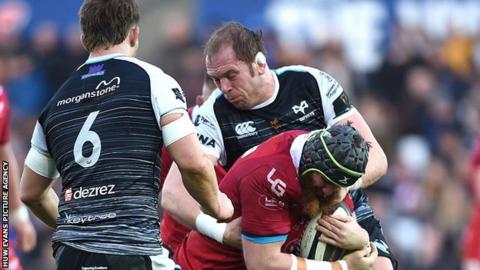 Wales captain Alun Wyn Jones plays what could be his final game for Ospreys when they host Scarlets in a game to decide which Welsh team will play in Europe’s top flight in 2019-20.

The 33-year-old has yet to decide if he will stay at Liberty Stadium next season, but hopes to help them win the Pro14 Champions Cup play-off.

Jones’ Wales colleague Jake Ball is back at lock after injury for Scarlets.

Wales loose-head Rob Evans is injured, while Jones is just back from a knee injury, giving Price his chance.

On the other side of the scrum, Samson Lee’s absence because of a head injury means Kruger starting.

Ospreys finished fourth in Conference A and Scarlets did likewise in Conference B, with no Welsh team qualifying automatically for the 2019-20 European Champions Cup.

Wales captain and lock Jones will play his 10th game of the season for Ospreys, taking his total to 237 appearances since 2005.

Hooker Scott Baldwin will definitely be playing his last game for Ospreys before joining Harlequins this summer.

Keelan Giles starts on the wing in place of Hanno Dirksen, who is on the bench, while Wales and Lions back-row Dan Lydiate replaces injured James King at number eight.

For Scarlets, Wales hooker Ryan Elias returns for the visitors, but international flankers James Davies and Aaron Shingler are again missing, along with centre Kieron Fonotia who has a knee problem.

Shingler has not played for almost a year after suffering a knee injury in the 2017-18 Pro14 final defeat by Leinster and his recovery has been hit by a back injury.

Scarlets coach Wayne Pivac says Shingler should be fit to start training with Wales after being named in the 42-man 2019 World Cup training squad.

Ospreys boss Allen Clarke said: “It says a great deal about this group, about their character, mental strength and their ability, that we have put ourselves in this position when nobody outside of our environment would have backed us back in March. They deserve immense credit.”

Pivac said: “We have a proud history in the top echelon of European rugby and clearly that is where the club would like to be again.

“We have prepared well and we have all talked about the importance of the game.

“Ordinarily, the Ospreys is one of the big fixtures of the season so to have this added game, there is a lot of motivation for both sides.” 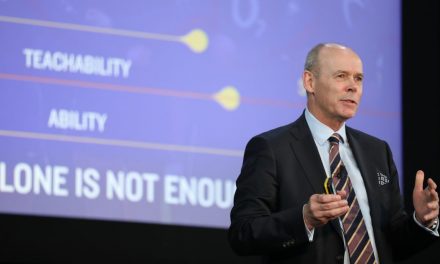 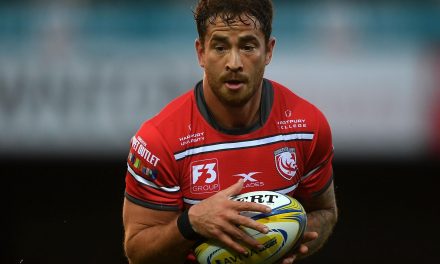 A decade too late, English rugby is finally waking up to the genius of Danny Cipriani