All Blacks player ratings vs Tonga 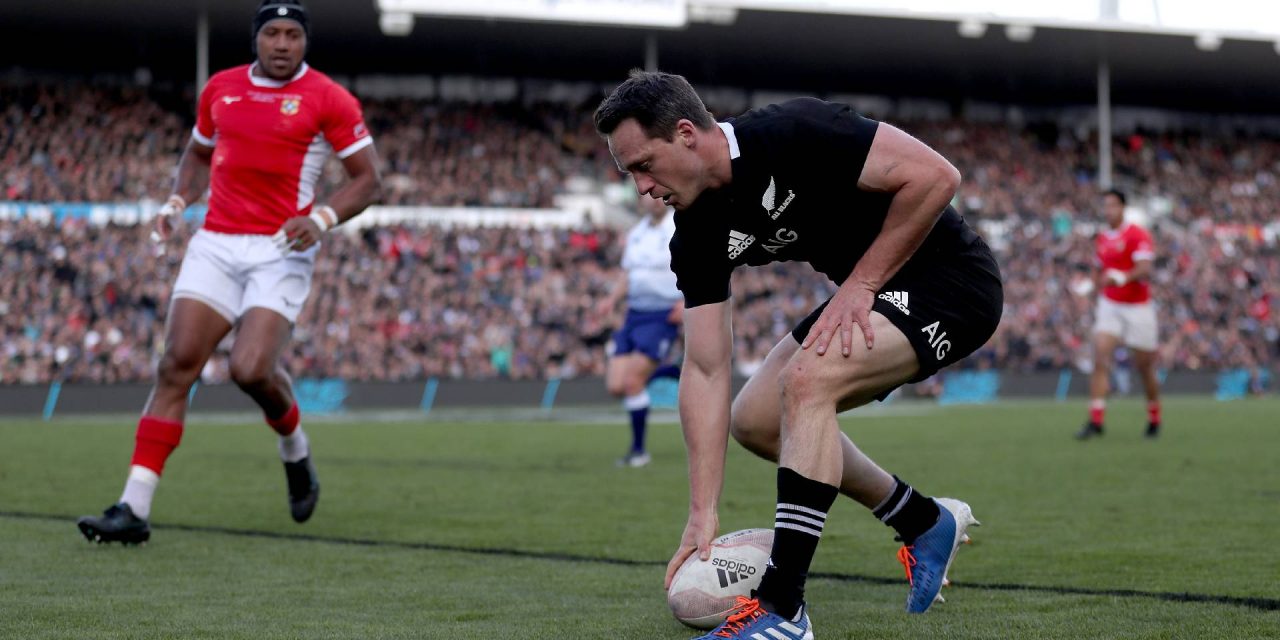 The All Blacks beaten Tonga 92-7 in expectedly convincing fashion at Waikato Stadium in Hamilton in both team’s final World Cup warm-up match.

Here are our player ratings for the winning side:

Definitely the quietest of all the players involved in the starting lineup. Finished the match with five running metres and six tackles to his name, but while he didn’t set the world alight, he didn’t make any mistakes worthy of mention. With all his experience, still the premier option at loosehead for the All Blacks.

Threw 100 percent at the lineout, got through a truckload of work on defence to make 11 tackles, stole a try assist and sold a fantastic dummy to score a wonderfully taken try and cap off a great afternoon for the hooker. Has been in a tug-of-war with Dane Coles for the starting role at No. 2, but this outing may have just made Codie Taylor the preferred option in Japan.

Backed up his powerful scrummaging display against the Wallabies with another strong showing at the set piece. Completely dismantled one Tongan scrum in the first half and then complemented that with a beautiful offload in contact which exemplified his all-round ability. The best prop in New Zealand at the moment.

Prior to the All Blacks’ last test against Australia, there were still plenty of questions about Patrick Tuipulotu’s output at this level of the game. He has certainly quelled those concerns in his last two outings. Another imposing physical display shows his muscular frame is proving to be a valuable asset for the All Blacks. Like Laulala, Tuipulotu also impressed with a classy offload in contact which eventually led to a try.

Not exactly a standout in the forward pack, but Sam Whitelock did his part as the All Blacks put on a clinic under the sun in Hamilton. Hit rucks all day long and did the dirty work in the tight stuff. while others shone at Waikato Stadium. Got through his work admirably, though, playing a big part in the All Blacks’ strong scrum behind Laulala, and got a deserved break after coming off early in the second half for Scott Barrett.

A typically ferocious performance on offence. Carried for 179 metres – by far the most of any forward – beat four defenders from three clean breaks and ended the match with a whopping four try assists. Was a big presence defensively as well, making 12 tackles with no misses, and was rewarded with a stunning try where he showed an immense amount of pace down the touchline.

Didn’t make the strongest impact with ball in hand, as he hit a wall of red shirts with little effect on numerous occasions. However, a turnover at the breakdown on his own 10 metre mark after a prolonged period of staunch defence instigated a try to Ben Smith. That, and a try from a five metre lineout, were the 31-year-old’s highlights for the match.

The 34-year-old veteran was superb in his final match on New Zealand soil. He was ever-present on either side of the ball, and even showed a glimpse of his threat under the high ball as he defused a bomb kick with a textbook catch near the halfway mark. Made six tackles, set up one try and scored another himself in a well-rounded display.

He might not have the lethal passing of Aaron Smith, but TJ Perenara’s running game and up-tempo style was too difficult to contain for the Tongans. Constantly opted for the quick tap whenever his side was awarded a penalty, and that determination to play a brand of free-flowing rugby certainly paid dividends. Scored a try for good measure.

Didn’t completely rip apart the Tongan defence like many might have expected him to in such a riot, but still contributed well from the boot, both off the tee and in general play. Nailed seven conversions to help alleviate some goal kicking concerns.

Still some work to do in terms of making the right decisions with ball in hand, but George Bridge was absolutely sensational nonetheless. Scored a brilliant quartet of tries as he showed off his blistering pace and deft finishing. Made an incredible eight line breaks and beat 10 defenders to run for a match-high 236 metres. Rieko Ioane now has a mountain to climb if he wants to retain his starting spot on at No. 11 for the World Cup.

Organised on defence, making all seven of his tackle attempts, and clinical on attack as he ran for 80 metres, assisted a try and scored a double. It’s fair to say, then, that Ryan Crotty’s return to international rugby was undoubtedly a success. Came off uninjured with 15 minutes to go as the All

Distribution skills were a key component of this free-flowing All Blacks attack. His role as a link man in the New Zealand backline was vital in this comprehensive display. Constantly looked for the offload and put teammates into space purely through some quick shifting of the ball. It’s going to be a tight call between him and Jack Goodhue as the All Blacks’ starting centre at the World Cup

Threatened every time he got the ball and hardly put a foot wrong, if at all. Before the international season started, questions were raised as to who would fill the All Blacks’ No. 14 jersey with Rieko Ioane and Ben Smith the incumbents on the left wing and at fullback, but Reece’s string of commanding matches both in Super Rugby and at test level should have answered those queries. Ended the match with one try, two try assists, four line breaks, six defenders beaten and 109 metres gained. A big hitter on defence as well.

Any notion of Ben Smith being past his best after being dropped for the Bledisloe Cup decider was well and truly nullified in this contest. Flexed his aerial threat yet again – as if he needed to prove it to anyone – and proved his worth as both a distributor and a speedster as he set both of his wings away time and time again and nabbed a pair of well-deserved tries.

Defended tidily after being injected into the game in place of Codie Taylor, and didn’t go astray at all with his lineouts throwing. Not significant enough of a showing to challenge Coles or Taylor for a starting role, though.

Showed some nice touches after being brought on as part of a sweeping set of changes made by the All Blacks in the second half. All in all, though, there isn’t much to write about other than the fact he kept applying the pressure on Tonga and complemented his teammate’s efforts well.

Scott Barrett’s return to international rugby after his red card ban was one that can’t be faulted heavily, if at all. Got stuck into the swing of things, hitting rucks and making tackles and generally just continuing on from what Sam Whitelock offered in the first half.

Got himself involved after being introduced early in the second half in place of Matt Todd. Was a constant presence near the breakdown, and dented the Tongan defensive line on occasion as he capitalised on their broken confidence.

By the time Aaron Smith came onto the park, Tonga were already dead and buried, making it an easy transition from the bench to the field. The removal of Crotty during his time on the park probably made it difficult for him to make more of a significant impact on the game, but he was still impressive in continually applying the pressure on the opposition.

Seven seconds into his test debut and the test rookie bagged himself a try assist as George Bridge latched onto his kick-off to get the second half underway and scored spectacularly from it. That set the tone for the remainder of the second half, where he set up a total of four tries in an outstanding first appearance in the international arena. Probably could have bagged some had Crotty not gone off without a replacement in the 65th minute.

Made a desperate try-saving tackle on the charging Atieli Pakalani to hold the Tongans out. Was then fortunate to escape a card after an ugly accidental collision in the air with James Faiva, but was solid nonetheless. 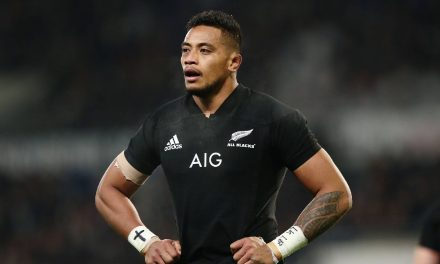 Changing of the guard: Have the All Blacks found their new star blindside flanker? 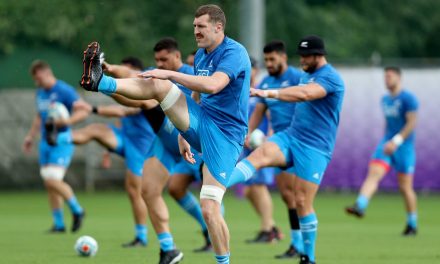 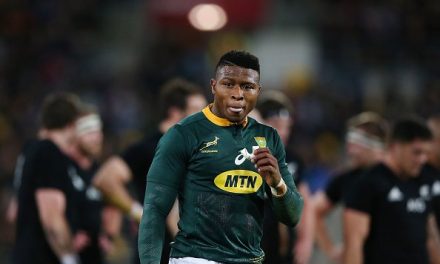