THE Dragons found their wet-weather game at the third time of asking to upset Guinness PRO14 title hopefuls Glasgow 18-5 at Rodney Parade.

Dean Ryan’s men conquered the grim conditions in Newport to record an excellent two-try triumph against a team expected to be challenging for the PRO14 trophy in Cardiff next year.

It was a first win at Rodney Parade since the stirring derby win against the Ospreys on December 30 and was the perfect response to the disappointment when Connacht visited a fortnight ago.

They had been the second Irish province to put the squeeze on the Dragons up front, mirroring Munster’s opening weekend win in the Limerick rain.

However, Glasgow were not as smart and the Dragons, with the returning back rower Ollie Griffiths immense, were not put under any real strain until the death when victory was secure.

The hosts played the conditions smartly in the first half to make the most of the wind at their backs, putting boot to ball to have the edge in territory, but were unable to put the Scots under any sustained pressure.

Their six-point half-time lead didn’t seem enough yet they struck twice through flanker Taine Basham and wing Ashton Hewitt to earn an 18-point advantage to hang on to.

They did that with ease, barely having to scramble in defence until the clock was in the red.

The Dragons had to make the wind count in the first half and they were 3-0 after five minutes after seven phases in the Warriors’ 22 earned a penalty that fly-half Sam Davies knocked over.

It was a scrappy affair in testing conditions, summed up by Warriors fly-half Brandon Thomson putting the ball dead when going for the corner from a penalty.

The Dragons came close after 17 minutes when a lovely offload by winger Owen Jenkins allowed full-back Jordan Williams to chip and chase only for the greasy surface to see the ball agonisingly dribble over the dead ball line.

The errors were racking up from both sides but there was no mistake from Davies after 34 minutes when he made it 6-0 after back rower Ollie Griffiths earned a penalty for holding on.

Glasgow, for whom Thomson had a shocker, played for the whistle at the end of the first half and the Dragons knew that they would face a tougher examination would await after the break.

Yet they struck first after the restart when wing Ashton Hewitt went close with a super break from a ruck on halfway for flanker Taine Basham to go over from close range, becoming a try scorer for the third successive game.

Davies’ conversion made it 13-0 and gave the hosts a bit extra to hold onto… and they swiftly added to their advantage after a comical score.

The awful Thomson was charged down and Davies made a mess of hacking the ball on but it squirted over the line, where Glasgow wing Kyle Steyn lost his footing to allow wing Hewitt to touch down to make it 18-0.

The conversion was missed but the Dragons had half an hour to hang on for a morale-boosting win.

The clock was their friend and it was up to the Warriors to cut out their mistakes and find three scores.

The clock ticked past the hour and Glasgow still hadn’t strung anything together, getting increasingly desperate and playing rom their own half.

The Dragons defended with tenacity, Ryan keeping changes to a minimum to let those that started finish their good work.

They were agonisingly close to nilling a side for the first time since Zebre in 2015 but Scotland centre Huw Jones slid over with the clock in the red.

Nonetheless, the hard-working Dragons had turned a grim afternoon into a bright one. 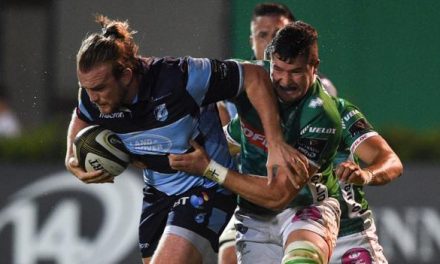 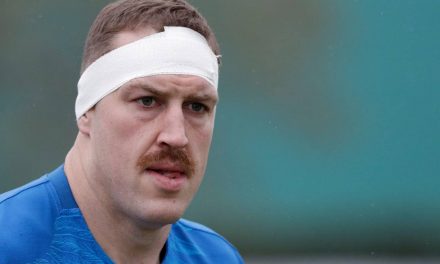 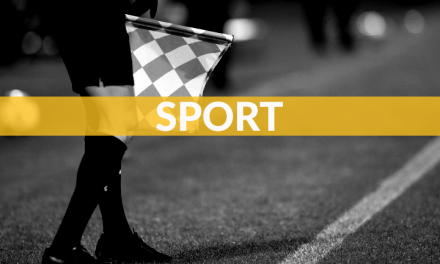 All Blacks shuffle side to face Pumas