All Blacks: Ten young guns who could breathe new life into ABs after RWC failure | Stuff.co.nz 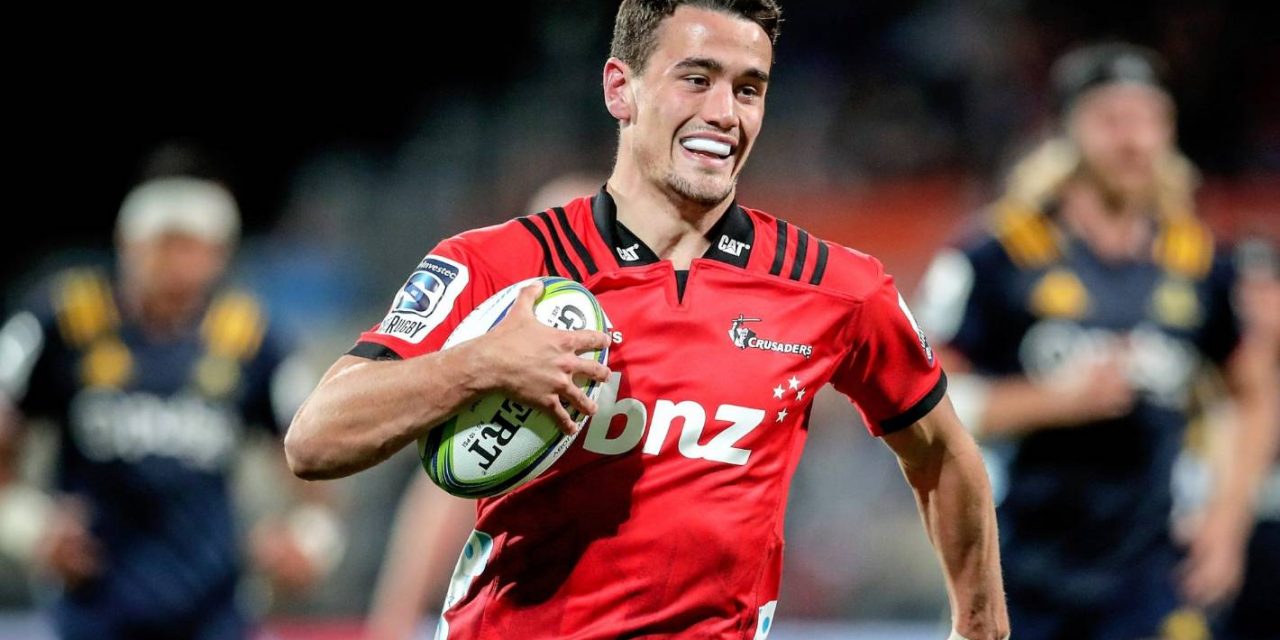 OPINION: Kieran Read’s gone, as are Ryan Crotty, Sonny Bill Williams, Ben Smith and a handful of other long-serving All Blacks.

The good news is there is plenty of emerging talent for the incoming head coach of the All Blacks to consider during the new World Cup cycle.

In no particular order, here are 10 young players who could breathe new life into the All Blacks before the 2023 Rugby World Cup in France rolls around.

Will Jordan scored eight tries in just nine appearances for the Crusaders this year.

It’s only a matter of time before the exceptionally talented Christchurch product represents the All Blacks.

The 21-year-old Crusader, a key member of the world champion New Zealand under-20s in 2017, is a natural fullback with blistering speed and a knack for beating defenders.

No wonder the Highlanders and Blues were desperate to claw him away from his home town when his two-year deal with the red and blacks was nearing an end.

Jordan declined, instead inking a three-year deal with the Crusaders.

As good as he is now, it should be noted he’s only played nine Super Rugby matches because concussion sidelined him in 2018, then a leg injury hindered him through the middle of 2019.

Jordan scored eight tries in five starts for the Crusaders this year.

MICHAEL BRADLEY/GETTY IMAGES
Solomon Alaimalo, pictured scoring a try for Waikato during this year’s Mitre 10 Cup, is in for a bright future if he can replicate his Super Rugby form of 2018 next year.

It’s not a stretch to say Solomon Alaimalo might have cracked the All Blacks this year had he matched his Super Rugby form from last year.

But he didn’t. The 23-year-old had an injury plagued year, managing just 12 starts (nine at fullback and three on the wing) and struggled for any consistency.

To think his named regularly popped up as a possible All Blacks bolter for the 2018 northern tour, after he scored eight tries in a scintillating Super Rugby campaign.

The good news for the St Bede’s College old boy is he’s still got ample time to find his feet again.

At 1.96m tall, weighing 100kg, and with speed to burn, he’s got all the physical traits of an excellent outside back.

KAI SCHWOERER/GETTY IMAGES
Crusaders utility back Braydon Ennor prefers to play centre, despite playing much of his first two years for the red and blacks on the wing.

Unlucky in some people’s minds not to make the All Blacks World Cup squad this year, Ennor is undoubtedly going to play a hand in the All Blacks moving forward.

The 22-year-old has already had a taste in the black jersey, being named in the Rugby Championship squad this year and debuting against Argentina in Buenos AIres.

Ennor, the quickest member of the Crusaders squad over 100m, prefers to play centre but has played the majority of his Super Rugby on the wing.

That appears set to change next year in the aftermath of Ryan Crotty finishing up with the Christchurch-based franchise.

Ennor, who scored 10 tries in 17 appearances (four starts) this year, is likely to partner Jack Goodhue in the midfield in 2020.

There is no doubt abrasive loose forward Jacobson will play a big hand for the All Blacks in the next World Cup cycle, as long as he can shake off his concussion issues.

The 22-year-old bolter was sent home from the World Cup in Japan before the team even played a match due to a delayed concussion, suffered after the team’s warm-up rout of Tonga in September.

Prop Kane Hames, who still wants to play but has been sidelined with concussion for two years, is proof there are no guarantees when it comes to head injuries.

DIANNE MANSON/GETTY IMAGES
Tyrel Lomax spent the past two seasons at the Highlanders but will play for the Hurricanes from next year.

Being compared to former All Blacks prop Carl Hayman before he even played a game for the Highlanders wasn’t really fair.

It explains the huge expectations on Lomax, who has signed a four-year deal with the Hurricanes after spending the past two seasons in Dunedin.

Lomax, understandably, didn’t come close to fulfilling expectations in his first year after leaving the Melbourne Rebels and moving to New Zealand to chase his All Blacks dream.

He was even relegated to the Highlanders development team.

But the one-test tighthead sure made progress the past year and, at just 23-year of age, is still a spring chicken in terms of his development.

Let’s bench the Hayman comparison, but Lomax could be invaluable as the All Blacks pack moves on from the departure of long-term servant Owen Franks.

Produced a belter of a rookie season for the Blues in 2019, highlighted by his monstrous workrate both defensively and on attack.

The 25-year-old is the type of loose forward who loves nothing more than smashing rucks and making tackles, something he did at an impressive 95 per cent (119/125) success rate in Super Rugby.

Before he tore the meniscus in his knee at the back end of the season, an injury which required arthroscopic surgery to repair the cartilage, then All Blacks coach Steve Hansen admitted Robinson’s standout form for the Blues over the first half of the season had put him on the selection radar.

The Northlander played most of his rugby in the second row growing up, but at 1.98m and 110kg, and with a decent set of wheels and ball skills, his future is at blindside flanker.

If he can shake his troublesome history of knee injuries – he wrecked both his ACLs before cracking Super Rugby – he will be worth watching closely in 2020.

Limited to a few appearances as a rookie in 2019, chances are the 19-year-old halfback will get more chances in 2020.

Let’s hope so. Because Fakatava has huge wraps and is fortunate enough to be learning from All Blacks ace Aaron Smith in Dunedin.

The Tongan-born Hawke’s Bay product has a bullet of a pass and a scintillating running game, which he showed glimpses of when he took the field for the Highlanders this year.

As his schoolboy coach at Hastings Boys’ High School, Mark Ozich, told Stuff earlier this year: “Lots of halfbacks can run and die with the ball, but Folau will run and offload in contact, he will put a short ball into somebody running an angle and he sees that space really well for a young halfback.”

MARCELO ENDELLI/GETTY IMAGES
Hooker Asafo Aumua trained with the All Blacks during the Rugby Championship this year but did not play.

The All Blacks being spoilt for choice at hooker hasn’t helped Aumua’s cause, nor has his inability to kick on after tagging along with the national side as an apprentice during the 2017 northern tour.

There is no doubting Aumua is a destructive ball carrier, but remains a work in progress when it comes to other core roles.

“I get that question asked all the time and always have the same answer: set piece like always. I still struggle there a bit, but I’m giving it my best,” Aumua told Stuff in August when asked where All Blacks coaches wanted him to improve.

Aumua is only 22,  but selectors’ patience might be tested if he doesn’t start fulfilling his potential during the 2020 Super Rugby season.

Fellow hookers Codie Taylor and Dane Coles are both contracted to New Zealand Rugby through 2021, while Highlander Liam Coltman is on the books through 2022.

Nicknamed “Axe”, Fidow is a whopping 137kg tighthead prop with surprising mobility for such a big man.

The 22-year-old Scots College old boy was tipped for big things after an impressive Mitre 10 Cup campaign for Wellington in 2017, earning a Super Rugby contract the following year.

A rotten run of injuries has stopped Fidow from making a statement at the next level.

He fractured an eye socket on debut against the Bulls in 2018, before a foot injury knocked him out for the rest of the season.

Fidow was limited to just two appearances the past year due to a shoulder injury, meaning he’s got just four caps to his name through two seasons.

Was so impressive during his rookie season with the Highlanders last year, it was no surprise to hear Chiefs fans ruing the fact the Hamilton-born loosehead prop got away.

Weighing in at 123kg and measuring 1.83m, the 23-year-old more than held up the loosehead side of the scrum during his 15 appearances for the Aaron Mauger coached Highlanders this year.

But in a day and age where front rowers must be mobile and be a better than average pass and catcher, Johnstone is more than just a prop who likes to heave in scrums.

If the Hautapu product can build on 2019, the lack of quality depth behind the country’s leading loosehead – Joe Moody – might not be so bad. 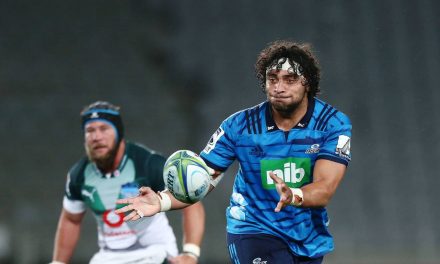 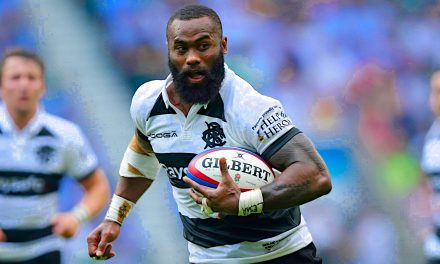 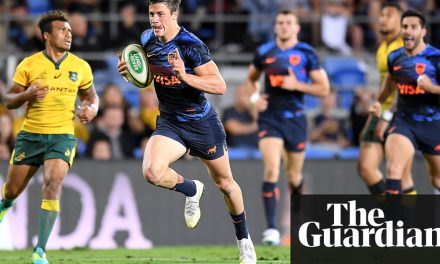 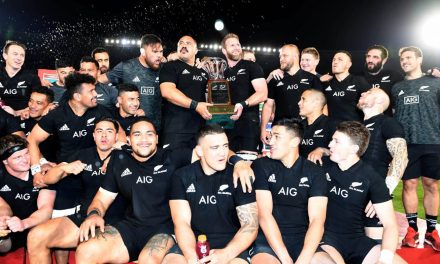