The All Blacks’ attempt at a World Cup three-peat ended against Eddie Jones’ England. In this extract from his new autobiography ‘My Life and Rugby’, Jones lifts the lid on the dramatic moments leading up to last month’s semifinal.

The players make the long walk from the dressing room to the tunnel. The usual echoing sound of studs clattering down a corridor is silenced by the blue carpet underfoot.

They walk quietly and steadily, one player following another as they head for the cauldron of heat and noise outside. England are led by Billy Vunipola, who wins his 50th cap today, and soon they stand at the entrance of the tunnel.

The All Blacks, led by Kieran Read, wait alongside them. They say nothing and, like the England players, look stoically ahead, trying to ignore each other in these anxious moments.

Just before six in the evening, they get the signal. They walk out into the glare of the flashing cameras and the roaring acclaim of 70,000 spectators inside the stadium, with over a hundred million people watching them on televisions around the world.

Dark clouds roll across the sky and add to the sense of a gathering storm about to begin as the Japanese drummers add to the tumult and the drama.

There is a call for a poignant pause before the anthems. We remember again, in silence, the 87 victims of Typhoon Hagibis and the seven people who are still missing. Another 4000 Japanese people are still living in evacuation shelters. This is real life.

We, meanwhile, are just waiting for a game to start. The seriousness of that game, however, pulses through me after the anthems, as the two teams peel away into their separate halves. We know what is coming and we have prepared.

Our respect for the haka is profound. We understand that the All Blacks, drawing on Maori culture, are laying down a challenge to us.

We also know that they respect any opponent who accepts that challenge.

We gather in a V formation because we are not willing to just stand in a humble line. The V starts on our 10-metre line and stretches into New Zealand territory. Four of our players, with two at the tip of each line of the V, are warned by match officials, who try to push us back into our own half.

Joe Marler, at the end of the left-hand fork of the V, is defiant. He has come closest of any England player to the New Zealand 10-metre line and there is no shifting Joe.

His hands are on his hips and his magnificent beard and Mohican gleam under the lights. Nigel Owens, the referee, again gestures for him to move back. Joe lifts a questioning eyebrow and does nothing. Billy Vunipola, who heads the other V, also refuses to budge.

The crowd makes a ragged roar as people recognise the nature of our challenge. TJ Perenara begins the ancient call of the haka. He is in the midst of the black huddle which fans out into an imposing phalanx with Read at the front. Perenara’s voice booms around the stadium, for it has been amplified by television to crank up the theatre both inside the stadium and in sitting rooms and bars around the world.

Tongues stick out as the All Blacks lower themselves into a squatting position and hold their arms parallel to each other in front of their chests.

Perenara cries out even more urgently as his fellow warriors flare their nostrils and get ready to launch into their unified chanting and beating of limbs.

At the apex of the V, Owen Farrell catches the unblinking eye of the television cameras. He stares straight at Read, his face creased by a knowing smile. It’s a great moment which is seen up on the big screen.

People would describe it later as a smirk but that reduces his reaction to one of disdain or disrespect. This is the opposite of what he and England mean. Rather, his smile is an acknowledgement of the power of the haka as well as our readiness to match the Kiwis with fire and intensity. It is a smile of anticipation rather than apprehension.

The All Blacks slap their forearms and bellow out the first words of the haka before, slowly, they sink down on to their haunches with a hiss. Sonny Bill Williams can be seen on the big screen, his cheeks puffed out as if he is snorting fiercely before he gets set for the next stage.

The lone voice of Perenara rings out again and then, slowly and deliberately, the All Blacks pick up the rolling chant in time to the smacking of hands and arms. They lower themselves again to the ground and then, once more, Perenara calls them to action. The pattern is repeated and then they rise up as one, their hands and heads lifting skywards as they look up and cry out still louder. The rhythm of the haka grows and grows; but we stand resolute in their territory, facing them down.

It ends in a blur and, as the last voices fade away, Read, as the All Blacks leader, takes a big step in our direction. It is his way of telling us that this is it. The moment is upon us.

I am pleased to see how unfazed they look — even as one of the commentators on New Zealand television yelps: “You want box office? You’ve got it! How about that challenge from England?”

•My Life and Rugby: The Autobiography by Eddie Jones, Macmillan Publishers, RRP NZ$37.99 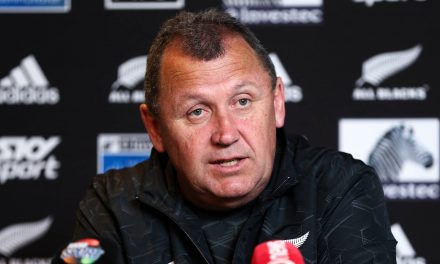 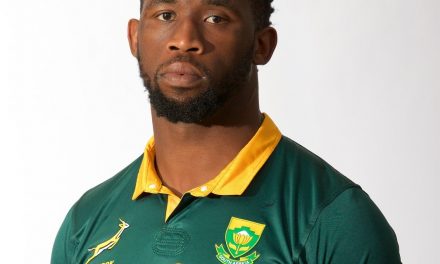 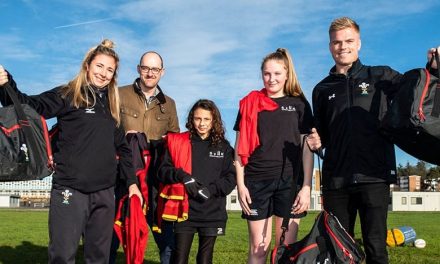 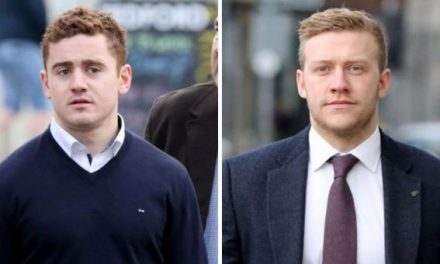