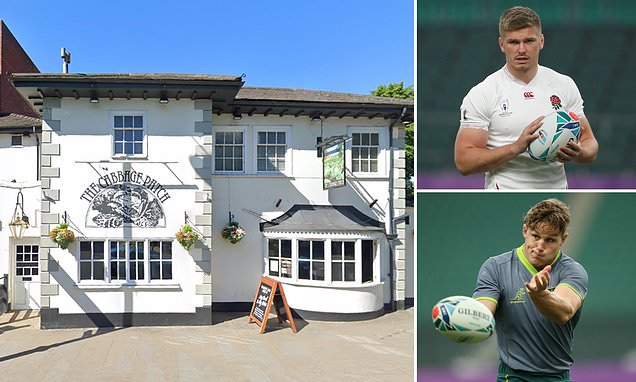 England fans who have not managed to travel to Japan for the Rugby World Cup but who are desperate to follow Eddie Jones’ men tomorrow morning face an early start – but fortunately, many bars will be opening early for the game.

Tomorrow’s quarter final match against Australia is due to start at 8.15am London time, which while technically does not see the sun reach over the yard arm, it is still late enough to grab a sneaky pint, if you know where.

Many England fans will be heading to The Cabbage Patch, which is a drop-goal from Twickenham, where fans have been promised a free pint of Guinness, or a cup of coffee, if they book their spot in advance.

Thousands of England rugby fans are expected to pack into bars across the country ahead of tomorrow morning’s crunch match against Australia. Bars such The Cabbage Patch in Twickenham, pictured, are offering a free pint of Guinness for those who book ahead

Many England fans who have not travelled to Japan for tomorrow’s game against Australia will be seeking refuge in a pub despite the 8.15am kick-off

The Royal Clarence in Seaton, Devon is offering fans a bacon bap and hot or cold drink for £5

Hennesy’s Bar in Digbeth, Birmingham is opening at 7am for breakfast and beers

Obviously a full English will be on offer to accompany the drinks.

Fullers said customers can log onto their website Fullers.co.uk to find a bar near them that will be showing the game.

A spokesperson said: ‘Many of our pubs will be opening early. We are looking forward to welcoming supporters of both countries.

‘Pubs more and more are becoming famous for great breakfasts and tomorrow will be a great opportunity for rugby fans to meet up with their friends and enjoy the game.’

The England vs Australia game is being held in the Olta Stadium in Olta Prefecture, two hours before Ireland take on New Zealand in Tokyo.

Boxpark’s three London venues will be open at Wembley, Croydon and Shoreditch.

Early start for England rugby fans as bars open at 7am 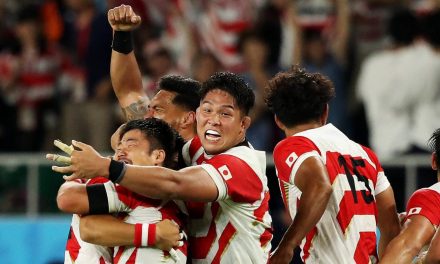 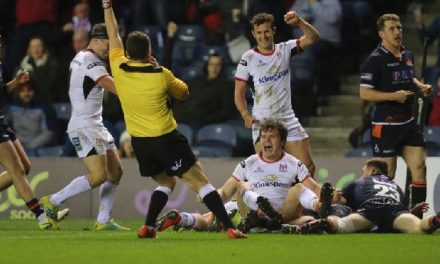