Size differences in No8s across the Premiership, PRO14 and Top 14 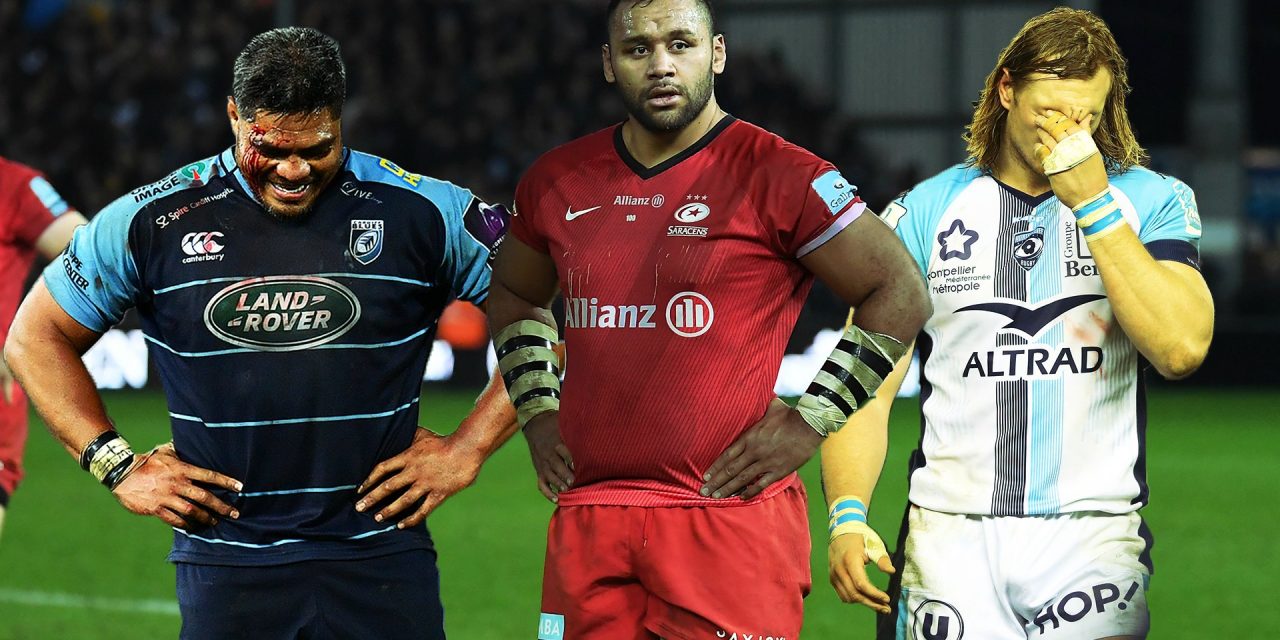 The size of No8s is something that often varies at all levels of rugby. Just look at the recent World Cup semi-finals: Duane Vermeulen, Billy Vunipola, Kieran Read and Ross Moriarty significantly differed from one to another and there was almost a 30kg (4st 10lb) difference between the Englishman and the Welshman.

Each player is equally used in different ways, be it in the tight or in the wider channels of the field, to play to their strengths. This variation is also seen in the club game across Europe when comparing the average height and weight of starting No8s in last weekend’s Top 14, Guinness PRO14 and Gallagher Premiership matches.

The average height was more or less identical when comparing the three leagues. No8s stood at 191cms in the Top 14 and the PRO14 (6ft 3ins) and only a centimetre shorter in the Premiership at 190cms (6ft 3ins).

Whereas it has been shown that the Top 14 opt for slightly taller flankers as they provide more options in the lineout than the leagues in the home nations, there seems to be parity across Europe with their back row partners.

While Montpellier did field Jacques du Plessis in the eight shirt – he was the only player in Europe to stand at two metres or over at 201cms (6ft 7ing) – Lyon played Liam Gill who stands at 185cms (6ft). However, there was generally a similar range of heights across all three leagues.

Traditionally, a No8 is not a main lineout option. Some sides do deploy them as a jumper, others use them as a first receiver from the lineout. So the height in this position is an irrelevance and goes down to a coach’s preference and style from team to team.

However, there is a much clearer differentiation across Europe when comparing the weights of No8s – and this is more important. The primary role in this position is usually to be the safest ball carrier as they are often required to make the most carries in the pack.

A larger player is generally a more secure option and that is why the No8 is frequently the heaviest member of the back row. But there is a clear rift in Europe between the French and English sides… and the teams in the PRO14 in terms of weight.

This is a clear insight into the philosophies of teams across Europe, as a heavier No8 perhaps aligns with the reputation that the Top 14 has of playing a tighter, slower brand of rugby. Similarly, that is why their flankers weighed in heavier across Europe.

Conversely, the lighter No8s used in the PRO14 are indicative of a faster game, which was certainly the case as well with regards to their openside flankers. However, in this position there is no clear divide between the Celtic nations and those from Italy and South Africa, with no discernible difference either from nation to nation.

The PRO14 did have two players under 100kgs, Scarlets’ Uzair Cassiem and Ospreys’ Morgan Morris who was a surprising 83kgs (13st 1lb) according to his club’s website and 90kgs (14st 2lbs) on the PRO14’s website.

Both players can play at the side of the scrum as well, which seems to be apparent across the league as fewer teams in the PRO14 operate with a specialist No8, albeit the likes of Cardiff Blues’ Nick Williams still remain.

This may be partly down to injury crises currently at different teams, as well as the choice to rest players before two rounds of European competitions. Edinburgh’s Bill Mata was just one example of a recognised No8 being rested.

Conversely, the Top14 and the Premiership play more recognised No8s who tend to be heavier. This is certainly the case in England where three players weighed over 120kgs (18st 12lbs) – Vunipola, Nathan Hughes and Sione Kalamafoni – compared to two in France and none in the PRO14.

Both Vunipola and Hughes exclusively play at No8, while Kalamafoni also plays the majority of his rugby in that position. Likewise, du Plessis and Bayonne’s Mat Luamanu were the two players in the Top 14 over 120kgs and they can play lock as well.

However, three of the twelve No8s in England weighed under 105kgs (16st 7lbs) compared to only two of the 14 in France which shows a wider range of players in England.

What was interesting is that the two lightest No8s were from the top two teams in the league, Exeter Chiefs’ 103kg (16st 3lbs) Sam Simmonds and Northampton Saints’ 104kg (16st 5lbs) Teimana Harrison. Of course, Saracens would be second in the league without their 35-point deduction and they boast the heaviest No8 in Vunipola, so this does show there are different ways to achieving success.

Moreover, England boss Eddie Jones has preferred a heavier eight throughout his tenure, which is why he has largely used Vunipola and Hughes, the two heaviest in last weekend’s round of fixtures in England. On the other hand, Simmonds and Harrison have struggled to break into the England team over the past four years.

Although an ACL injury has not helped the Exeter man, he has sometimes been deemed too light to play at the back of the scrum for England. But Rob Baxter uses his pace to devastating effect for the Chiefs, particularly alongside a formidable pack. He has also shown this for England as well, but still struggles to fit the mould that Jones desires.

Kiwi Nick Williams is known for being one of the hardest men in Welsh rugby but was reduced to tears this week after receiving a very special Christmas gift from @cardiff_blues.https://t.co/ZaZbfuBk5H

It would be wrong to say, though, that a No8’s role is simply to crash the ball up into contact as they serve as key distributors and are fundamental in linking the forwards and backs. For example, the two heaviest No8s in Europe last weekend were Saracens’ Vuinpola and Cardiff’s Williams, both weighing 130kgs (20st 6lbs) alongside Luamanu.

Now it would be a gross undervaluation of both players to simply describe them as carriers, as there is much more to their game. Vunipola’s distribution from lineouts and the scrum, as well as the frequently-deployed pull back to Owen Farrell, has been used to for both England and Saracens to great success.

Likewise, Williams’ offloading game is barely matched by anyone in Europe. Both players are pivotal to how their teams play, particularly Vunipola, who is so frequently a top performer for England and Saracens.

As this comparison covered only one weekend, the fact that some players were injured or rested must be taken into account as well as tactical choices for specific matches.

Then again, it doesn’t mean the first choice No8 would be any different in size to their replacement. Likewise, the team with the lighter No8 actually won 61 per cent of the games across the three leagues, but that is probably not significant enough to read into.

(*all stats are taken from player profiles of their respective teams)

WATCH: RugbyPass have made something truly special with the Barbarians rugby team – the release date is Sunday, January 12 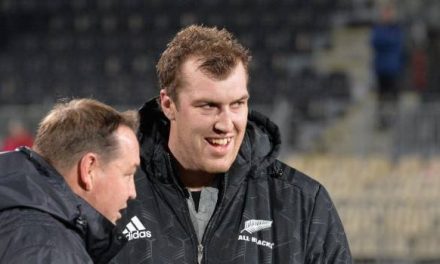 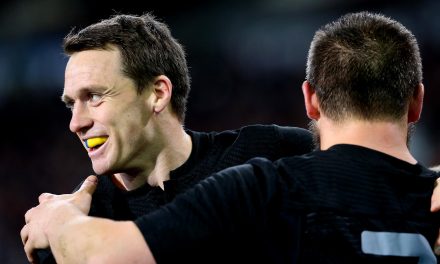