Super Rugby: Ben Lam back to his best to spur Hurricanes to big win over Sharks | Stuff.co.nz 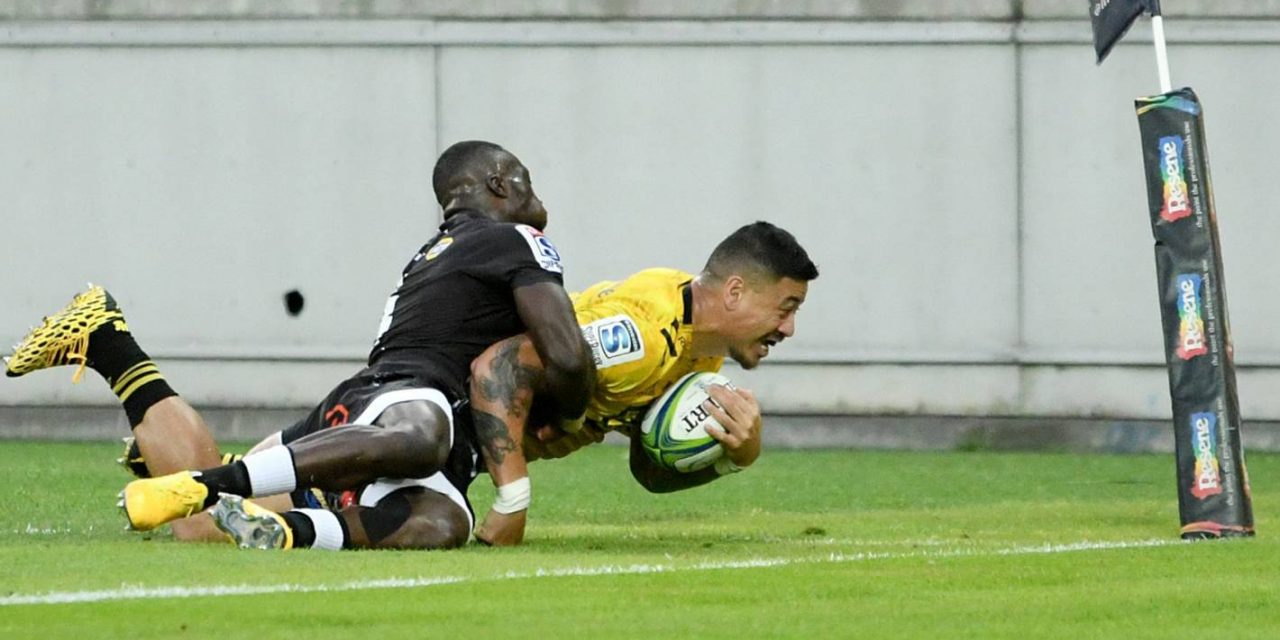 Ben Lam has recaptured his devastating, game-breaking form in the Hurricanes’ big win over the Sharks.

With the game evenly poised at 17-17 at halftime, the winger scored two tries in 11 minutes after the break to blow the game apart, with his side going on to win 38-22 at Sky Stadium in Wellington on Saturday night.

Both featured him at his hard-running best.

GETTY IMAGES
Hurricanes winger Ben Lam scores one of his tries against the Sharks on Saturday night.

The first saw a poor clearing kick fall to Jordie Barrett on halfway, but Lam was immediately calling for a pass. He must’ve seen something he liked, because as soon as he got the ball he put the foot down, beating two would-be tacklers on the Sharks’ 22 to race in to score near the posts.

Those two touches doubled the number of touches he had in the entire first half.

It typified a lot of how last season went for Lam as he interspersed moments of brilliance into long periods of inaction, but if the Hurricanes can get him up and running like they did in the second half tonight, then he could be back to his 2018 form, which saw him lead Super Rugby with 16 tries.

Hurricanes coach Jason Holland said he had challenged Lam to get back to his physical best this season.

“There has been a bit of a focus for Blam around being nice and physical and dominating people.

“The last few weeks, we’ve seen that and we know when he gets in the clear he’s got a big of gas to finish – he had a good night.”

There were plenty of other good performances from the Hurricanes. Du’Plessis Kirifi, who was late callup into the starting side to replace Reed Prinsep, was a menace at the breakdown, while Tyrel Lomax impressed again with his rock-solid scrummaging.

Hurricanes forward Gareth Evans walks from the field after sustaining a cut to his head.

The match started with an early Barrett penalty, but the Sharks were first to get across the tryline in the 13th minute when TJ Perenara threw an intercept pass to Lukhanyo Am, who sprinted 70m before he was caught by Lam. He was able to get a pass away to Madosh Tambwe to scoot in to score.

The Hurricanes hit back in the 21st minute after sustained pressure on the Sharks in their 22 with both 5m lineouts and scrums. Perenara eventually fired the ball out the scrum, and it was a simple backline move to Wes Goosen to score in the corner.

But the Sharks struck back almost immediately via a close-range effort from Tyler Paul. They had lost first-five Boeta Chamberlain to injury just before that, so replacement halfback Nohamba took the conversion and nailed it.

Wes Goosen scores a try for the Hurricanes against the Sharks on Saturday.

Chamberlain was one of a number of early casualties, with Makazole Mamimpi going to the sheds before him, meaning the Sharks had used both their back replacements in the first 20 minutes.

The Hurricanes also suffered attrition, but in the forwards rather than the backs. In the first 20 minutes, flanker Gareth Evans suffered a cut to the head, but continued, while lock Scott Scrafton went off for a Head Injury Assessment, but was also able to return. The news was not so good for prop Fraser Armstrong, as he had to be replaced by Pouri Rakete-Stones after 26 minutes.

The action continued straight after the Sharks try as Barrett struck a cross-kick to Ngani Laumape which just eluded a jumping Sharks defender’s hand. Laumape collected it and ran 60m to score, beating Nohamba – who was defending at fullback – one-on-one with dazzling footwork along the way.

The remainder of the half was entertaining, but there were no more tries as just a Nohamba penalty levelled the scores at 17-17 heading into the break.

The Sharks had a lot of line breaks in that half, which Holland said was down to his side’s errors.

“A lot of it was down to how we gave them the ball. A couple of times we turned the ball over and they hurt. We probably kicked averagely two or three times without a good kick-chase line and they hurt us. Those guys were always going to hurt us when we did that.

“We had to eliminate how we gave them the ball to stop them busting us up.”

They Hurricanes did that in the second half and Lam’s two tries forced the Sharks to have to make more of the play.

Dane Coles made his season debut with 30 minutes to go and grabbed himself a meat pie when finishing off a rolling maul with 15 minutes to go which sealed the win.

Mzamo Majola crashed over to give the Sharks some hope with 10 minutes to go, but the conversion was missed, leaving a 16-point deficit too big to overcome. 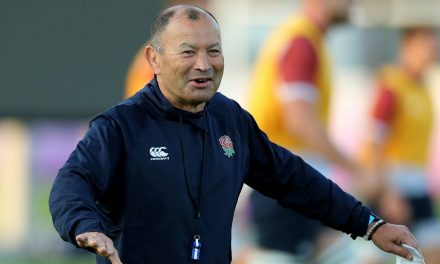 All Blacks v England: No one is asking for a refund as The Eddie Jones Show holds centre stage | Stuff.co.nz 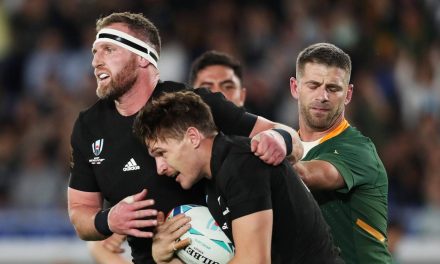