Why NZ Rugby could now rip up Super Rugby | Stuff.co.nz

ANALYSIS: Money talks around the Sanzaar table and when it comes to discussions about the future of Super Rugby and The Rugby Championship the loudest voice might have a Kiwi accent.

Forget about the assumption that New Zealand is still propped up by South African broadcast money: that hasn’t been the full picture for years.

Hannah Peters/Getty-Images
NZ Rugby could build a domestic competition that adds three more sides to the existing franchises without losing any broadcast value.

In fact, a source has told Stuff the new Sky deal announced in Octobermeans NZ Rugby will bring “significantly” more to Sanzaar than the South Africans will via broadcaster SuperSport, in part because of the weak Rand.

It’s a game-changing deal – heated up by competition from Spark – that defied broader industry trends and could allow NZ Rugby to radically redraw Super Rugby to make it the more domestic-focused product that supporters are craving.

Sanzaar broadcasting deals have always been complex beasts to unravel, leaving spectators confused about who pays what, and to whom.

The money each country brings is pooled, although separate deals for domestic competitions such as the Currie Cup can reduce the size of the pot..

Stuff understands that under the current 2016-2020 Sanzaar arrangements New Zealand, Australia and South Africa get an equal share of the broadcasting pot – one-third– with a set amount set aside for Argentina.

This reflects their contributions under the last deal, with the Sky deal worth $US32 million a year (although that includes the Mitre 10 Cup), Fox Sports adding $US24m and SuperSport $U26 million (SARU sells the Currie Cup separately, and the size of that deal has caused friction in the past).

The real uplift in last deal came from the UK, where a broadcast war between Sky UK and BT Sport saw the former pay about £20m a year – a staggering 620 per cent increase that won’t be repeated.

Dave Rowland/Getty-Images
Sky CEO Martin Stewart has gone all in on rugby, signing a huge new broadcast deal as well as buying RugbyPass and the naming rights to Sky Stadium in Wellington.

However, you can burn that model because the ground has shifted in the past few years, and was doing so even before the coronavirus.

Stuff has been told that the massive deal NZ Rugby struck with Sky is worth up to $100m a year (that figure also includes domestic tests that are not part of the Sanzaar deal) while the SuperSport deal was tipped to be flat.

That’s a huge increase for NZ Rugby, as in 2016 and 2018 (the most recent non-British and Irish Lions tours years) its broadcast revenues were $73m a year.

The ailing Sanzaar partner is clearly Australia, where Fox Sports is reportedly in a position to only offer $A15-20m a year for the 2021-2026 rights.

NZ Rugby could be therefore justified in asking for larger share of the Sanzaar pot to reflect its growing contribution, negotiate better terms, or even walk away from Australia in Super Rugby.

Cameron Spencer/Getty-Images
Australia gets about one-third of the current Sanzaar broadcast deal but might struggle to keep that share if it doesn’t bring enough to the table next year.

That invites the big question: can New Zealand even consider a domestic competition that could stand on its own two feet?

Armed with the above figures, we approached sports and media rights expert Colin Smith of Global Sports and Media , who correctly anticipated the bumper Sky deal.

“I think there is an opportunity for New Zealand to retain the five [Super Rugby] franchises but increasing them to a minimum of eight,” Smith said.

“And having that a professional competition in itself and then you could have a crossover of the top two, or top three, playing the top two of the Currie Cup.

“If Australia gets its act together it cold also play in that as well.

“It would be a mini Champions League.

Getty-Images
New Zealand Rugby chairman Brent Impey, left, and CEO Mark Robinson have a string hand at the Sanzaar table because of the upgraded Sky deal.

“Rightfully, New Zealand will ague and should argue because its won 70 per cent of the Super Rugby finals in the past decade that it should have the majority of the teams with a smaller number of South Africa teams and one Australian team.

“But each of them would have their domestic competitions as a major part. The challenge for New Zealand as I would see it is how you deal with the provincial unions and who gets a team and who doesn’t.

“My personal view is that I don’t think that Super Rugby as it’s currently configured can continue in its current model. It is not sustainable.”

Smith’s logic for an eight-team Kiwi competition is simple: it’s a numbers game.

While the 14-team Super Rugby format agreed for next year might not excite fans, it gives Sky seven games a weekend of ‘content’ and, as mentioned above, Sky gets the Australia and South Africa-hosted games for ‘free’ (no production costs).

Getty-Images
Super Rugby is the most expensive competition in the world due to travel costs and accommodation, even before Covid-19 struck.

Smith said that Sky might therefore renegotiate the NZ Rugby deal to reflect the ‘lost’ games but when asked if NZ Rugby could make the replacement product just as valuable by adding three more Kiwi teams to provide four high-value games a weekend, he said:

“It could be. I think that’s the strategy that NZ Rugby is undertaking now with the Aratipu review.

“They’re realising they have re-look at the whole structure of New Zealand rugby.”

Sky would have to wear the additional production costs for that competition and pass that on, but Smith pointed out that without the huge travel and accommodation costs involved in Super Rugby, NZ Rugby could make savings elsewhere.

Sky has its own pressures to deal with.

No one can say for certainty if they will be in a position to honour the same terms of the NZ Rugby deal in the post-Covid-19 world, although having invested hugely in rugby through the broadcast deal, the acquisition of digital platform RugbyPass and the newly re-named Sky Stadium in Wellington, it clearly sees the sport as fundamental to its future.

Sky was contacted for this article but declined to comment.

As for NZ Rugby, chairman Brent Impey has re-affirmed its commitment to the Sanzaar alliance and clearly the Rugby Championship tests will continue to be an important part of the calendar.

But Impey also articulated that the coronavirus crisis had hastened the need for rugby to look again at the model and ask if it’s working, or even practical.

“And bringing [new NZ Rugby director] Bart Campbell in as well…what he’s been able to do in Melbourne, a total AFL town, to create a viable, profitable and highly business is incredible.”

Super Rugby, as we know it, seems poised for a lasting revamp. 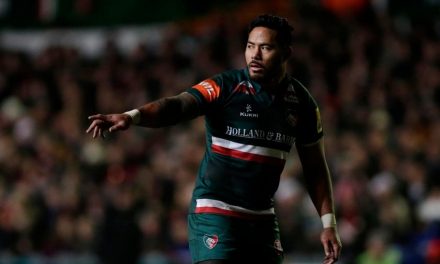 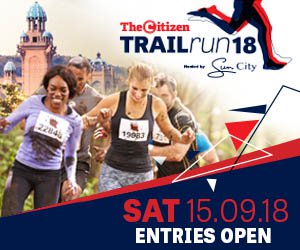 The Lions and Waratahs’ Super Rugby semi – Our predictions – The Citizen