Can THIS Highlanders Defence Win a Super Rugby Title? | The 1014

In this year’s 6 Nations, we have noticed a trend of building a gameplan around defence. England used this style of play to beat Ireland, backing their rush defence to do the business around the park. The Highlanders defence is striking a similar chord in Super Rugby, and have almost mastered the art of building a defence-first gameplan.

Let’s find out how this can be achieved, and how close they are to getting it right.

When building a game-plan around defence, it has to start with defensive dominance at set-pieces. Below the Hurricanes are in a fantastic attacking position, but the Highlanders turn it on its head by utterly destroying their scrum.

Jordie Barrett does very well to make up the lost ground, and the Highlanders wouldn’t let their dominant scrum go to waste again. This time the Hurricanes are stuck on their own 5m line. The Scrum is again annihilated, and this time Aaron Smith is switched on defensively.

Once Smith has Savea in his grip, the Hurricanes are on the back foot and in serious trouble. The Highlanders storm the ruck, grab the turnover and Smith darts over for a deserved try.

These defensive scrums build the foundation for a defence-first strategy. After starting out the back foot, your opposition will have to expend much more energy to gain the advantage back.

Let’s look at how the Highlanders reinforced their dominance further out in their defensive line.

A good rush defence will cut off the centre of the field, preventing the opposition from making their third pass. We have already discussed how the Chiefs seriously struggled to beat the Crusaders rush defence this round, and you can check out what happened below.

In this game, however, the Highlanders managed to stop the third pass to a large degree. Below the Hurricanes are in the Highlanders red-zone, but Buckman gets up quickly to stop Laumape dead after two passes.

In this next clip, the Highlanders busy-up the maul, drawing in much of the Hurricanes attackers. Once the ball goes wide only Barrett and Lam are ready to attack, and Barrett has no real choice but to dab a speculative kick through the line.

This is another good example of making the opposition play with poor-quality ball.

By the time we reach the second half, the Highlanders have nailed down their rush defence and are doing an even better job of preventing the third pass.

Below the Hurricanes again get two passes in before Tomkinson completely blocks off the third, grabbing an intercept to score.

These moments kept the Highlanders in a close contest, but there are very good reasons why their defence-first tactics didn’t win them this game.

There are a few key areas that the Highlanders need to patch if they do truly intend to play with a distinctly Northern Hemisphere approach like this. The first is a common issue with rush defences.

Watch below as a gap appears between the defender closest to the ruck (the pillar defender) and the rest of the defensive line. We have highlighted who they should be marking, but Perenara’s lateral run messes with the system.

Mitchell is off through the resulting gap, and Laumape runs a perfect support line to score. The Highlanders need to ensure this gap isn’t opening in future. They will need to get their line moving as one.

Another aspect that the Highlander’s weren’t prepared for was the Hurricanes attacking kicks. We saw what happened earlier when Barrett was forced into a 50/50 kick, but the odds are much higher with this one.

We have already discussed why this exact kick worked in our article on How NOT to beat a rush defence. But needless to say, the Highlanders need to fill this gap with a defender.

So can this defence win a Super Rugby title? It’s certainly a possibility in the future, but only if they get it right.

Do you think this distinctly Northern Hemisphere style has a place in Super Rugby? Let us know your thoughts. 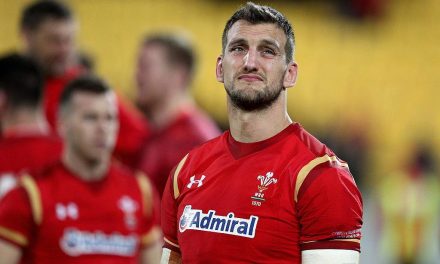 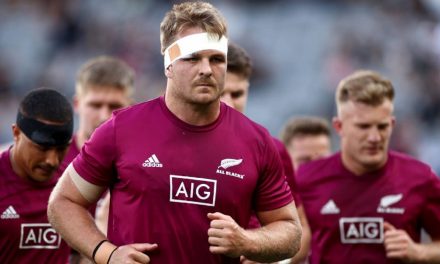 ‘Not captain material’: Fans hit back at Sam Cane over ‘brutal’ All Blacks comment 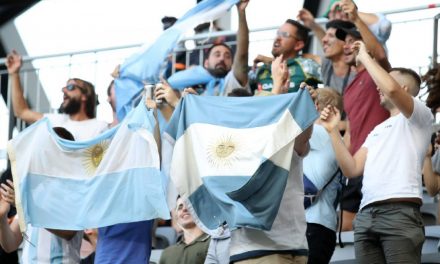 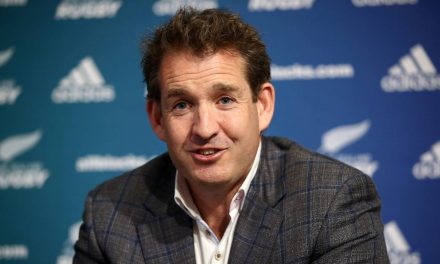