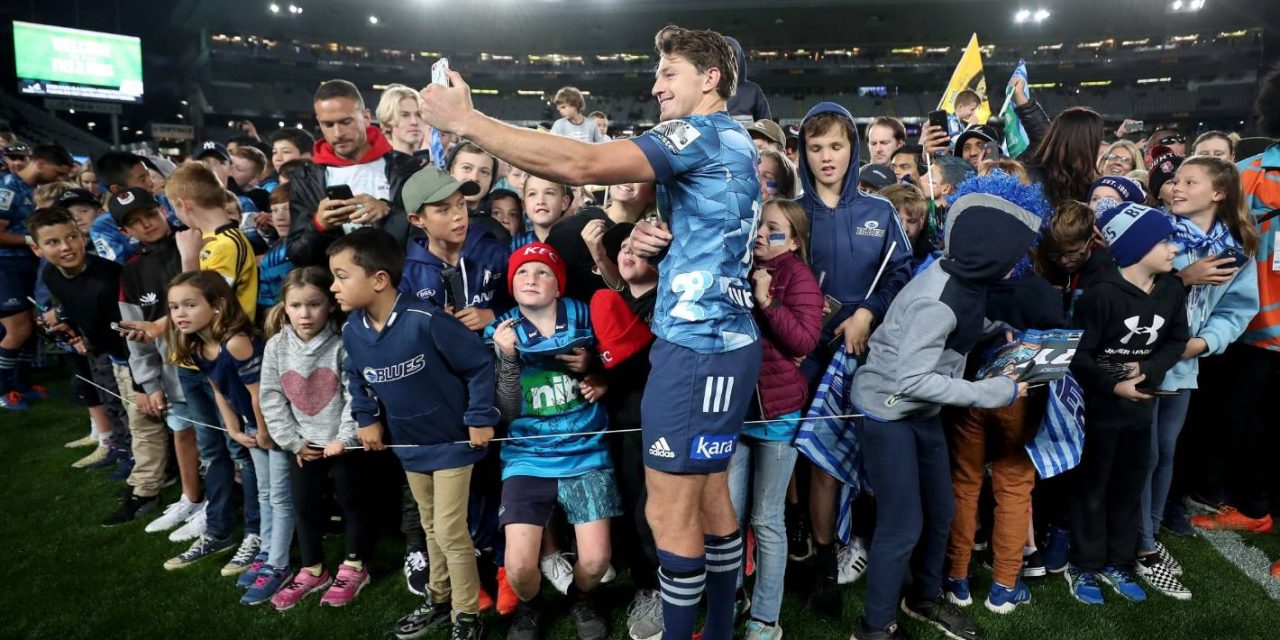 As rugby administrators around the world scramble to put together as much ‘product’ they can for the remainder of the year and beyond, Highlanders coach Aaron Mauger believes that Super Aotearoa is proving the ‘less is more’ theory.

“It’s been fantastic, the crowds have been double from pre-Covid to the first couple of weekends,” Mauger said.

Hannah Peters/Getty-Images
Highlanders coach Aaron Mauger has celebrated the return of families to the rugby, and Beauden Barrett was swamped by kids at Eden Park.

“I think it’s just good to see people out there enjoying the game for what it is.”

The figures for the opening rounds of Super Rugby Aotearoa have probably exceeded expectations.

New Zealand Rugby confirmed on Thursday that that live attendances were up by 105 per cent on pre-Covid levels, and another 25,000-plus crowd is expected at Eden Park on Saturday when the Blues host the Highlanders at 7.05pm.

Viewership has increased by 88 per cent, such a leap that Sky went to the unusual step of revealing to Stuff a fortnight ago that 750,000 New Zealanders had watched Super Rugby Aotearoa and the Warriors on the opening round of the competition.

Social media engagement is also up 266 per cent across all platforms but the TV numbers are crucial because Sky pays many of the bills for NZ Rugby.

Pent-up demand for sport after the Covid-19 lockdown is one reason behind the surging numbers, but Mauger also believed the reduction in the number of games each weekend was playing a big role, and also attracting families back to the game.

“Previously it’s been talked about that the rugby market is saturated and there is so much rugby on people have had the luxury of picking and choosing, but now with only two games on people want to be a part of it,” Mauger said.

“It’s good to see families down there as well, connecting with the game and it’s really driving a lot of that passion back into supporting your team.

Phil Walter/Getty-Images
The Blues are expecting up to 30,000 for the visit of the Highlanders on Saturday evening.

“I know that when we play here [in Dunedin] it gives us a big lift so hopefully we’ll see a few Highlanders flags waving up at Eden Park on Saturday.”

The presence of younger fans at the stadia has been one of the features of the competition.

NZ Rugby had already shifted evening kickoff times from 7.35pm to 7.05pm at the start of the year but the Sunday afternoon games have made the sport much more accessible for the next generation of supporters.

Clearly, cold hard commercial calculations will come into play when NZ Rugby builds a competition structure for Super Rugby in 2021, with a trans-Tasman competition one option.

However, one of the lessons from the Covid-19 lockdown appears to be that you can have too much of a good thing. 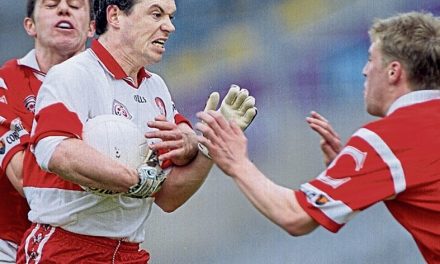 `Half Ireland rugby team from overseas’

Change of guard at the Kenya Rugby Union Secretariat 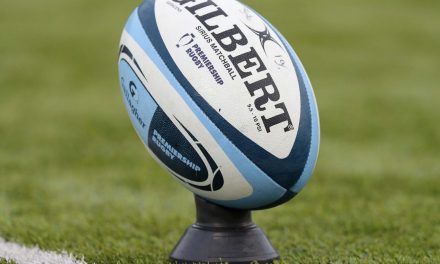