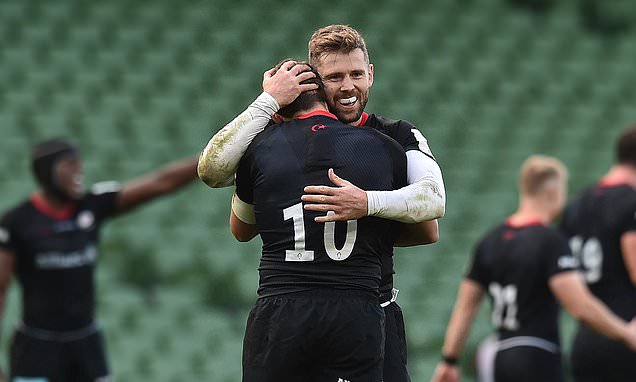 Richard Wigglesworth was invariably on target during Saracens’ epic win over Leinster and the former England scrum-half was on target after it too.

While a 25-17 Heineken Champions Cup victory in the Irish capital extended Saracens’ defence of their title to the last four, it meant so much more than that. It allowed them to cast off the unwanted pantomime villain costumes they have worn for months.

Relegation from the Premiership is looming next month, as punishment for salary cap breaches, but that fact is no longer a defining one. What they did in Dublin has altered perceptions. It felt as if English rugby became proud of them again, rather than antagonised by their off-field offences. And the end of an era was gloriously deferred.

Having tormented Leinster with a trademark aerial barrage, Wigglesworth perfectly captured what the victors had achieved, saying: ‘We’re not looking for sympathy, but we are doing this with one hand tied behind our back, because five or six of our best players are away on loan.

‘Maybe we deserved this. Maybe we’ve got to do it the hard way, to prove that what we built is true and special, if we do it like this. We know it ourselves but I’d be lying if I said it wasn’t a bonus to show everyone.’

While the punishments Saracens have received were deserved for cheating the system, high praise is due too for this proof that they have built a special institution – not one rotten from top to bottom.

It was the ultimate illustration of their spirit, unity and resilience. Paying over the wage limit may have contributed to their successes, but these qualities have been crucial too. Saracens showed their home-grown core remains strong and that they are magnificently organised and nurtured by their coaching staff.

It remains to be seen if they can rise to such heights again in France on Saturday, but whether or not they go on to claim the blue-riband club prize for a fourth time, there is already a notable triumph to savour. They have shed the villain masks and replaced them with superhero capes.

The quarter-final also exposed a gulf between the Premiership and the Pro 14. Leinster’s league didn’t prepare them for a giant step up to Test-class rugby.

They were not match-sharp enough or battle-hardened enough. They don’t need to be while cruising past Celtic and Italian opposition with ease, often without deploying many of their leading players.

Their scrum was abject and Jonny Sexton was aggressively knocked out of his stride. When the playmaker and his team-mates were reduced to endlessly complaining to the officials, Saracens knew they were rattled and so it proved.

It is the ultimate illustration of the spirit, unity and resilience of the club amid the scandal

If Saracens are to complete another European conquest, they will have to do it the hard way. Racing 92 will pose a formidable threat on Saturday.

The Parisians have phenomenal power, along with considerable artistry, as was obvious when they won at Stade Marcel Michelin on Saturday – where Clermont had claimed 33 victories in their previous 35 European matches.

They should be allowed 5,000 fans in the futuristic La Defense Arena, which so often serves as a grand stage for Scotland fly-half Finn Russell.

Top tackle: Scarlets’ Leigh Halfpenny chased a seemingly lost cause as he closed down Toulon’s Daniel Ikpefan and stopped a try with a full-stretch challenge.

Best pass: Bristol showcased their full repertoire, including a superb pass by scrum-half Harry Randall behind a defender into the path of Luke Morahan.

Not amused: Leicester’s tie against Castres was cancelled due to positive Covid tests at the French club, who accused organisers EPCR of ‘amateurism’.

Alarming soundtrack: French referee Romain Poite coughed throughout Clermont v Racing, prompting claims he should have been stood down.

Maro Itoje’s masterpiece performance in Dublin elevated him, in the eyes of many observers, to the status of Lions captain-in-waiting – just days after Alun Wyn Jones was installed as the bookies’ favourite.

Itoje was rightly feted but what the Lions need most is for him to reach those levels in South Africa, and whether he can do so while bearing the responsibilities of leadership is a matter for Warren Gatland to consider.

Itoje is capable of inspiring with actions and words but there should be no rush to rule out Jones, who could take the burden of being tour figurehead, even if Itoje ends up with the armband for the Tests. 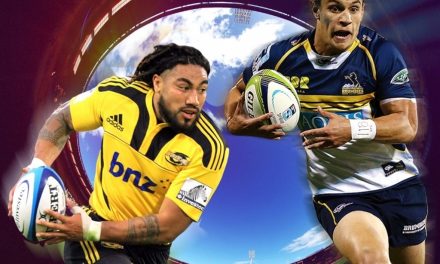 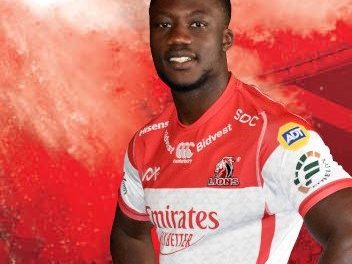 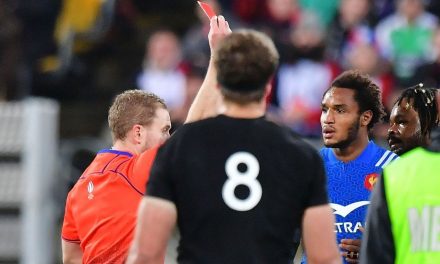