Dean Ryan is set to take his team to the Royal Dublin Society to face champions Leinster in their opener, scene of one of Williams’ impressive tally of wonder tries.

The speedster jinked his way to the line from halfway in 2018, a score that earned the applause from the home fans in the RDS.

🏉| What a moment of magic this was from Jordan Williams 🔥

Williams will aim to repeat the feat in Ireland after making a surprise comeback in last Friday’s European Challenge Cup quarter-final defeat to Bristol.

The Dragons missed the broken-field running of their livewire full-back for most of last season after he ruptured knee ligaments in November at Enisei-STM.

“He’s a classy player and he is deadly with the ball in hand. Everyone knows what he can do,” said captain Rhodri Williams.

“He didn’t get the space against Bristol, but that is credit to him that plenty of Bristol players were aware of his threat.

“He’s a quality player and it is nice to be playing back alongside him. It’s been a long ten months for him, but to be fair he has kept his head down and worked hard.”

Rhodri Williams is close to his fellow west Walian and the pair played together at Bristol before returning to Wales with the Dragons two years ago.

The scrum-half believes the swift return is down to hard graft at home when unable to link up in person with the region’s medical team.

“He has got his rehab and work done and, speaking to him over lockdown, he was working hard,” said Rhodri Williams.

“He was working hard in his own time, when he wasn’t with the physios, so credit to him for that period. The result is now getting back out on the field and playing back in the side.”

The Dragons had hoped to be preparing for a Challenge Cup semi-final this week but instead are working towards the PRO14 after a 56-17 hammering at Ashton Gate.

The Bears put them to the sword in two stunning three-try blitzes but Williams believes there is plenty to be positive about after a summer in which Ryan added Holmes, Nick Tompkins, Jamie Roberts, Greg Bateman and Joe Maksymiw to his squad.

“We made plenty of progress this last season and we’ve got to keep building and moving forward,” he said.

“It’s exciting to be involved with the Dragons so hopefully the fans are excited with it and we are building nicely.

“The scoreline doesn’t look too good, but we take the positives and keep moving forward.

“It’s not going to click overnight. We will take the experience playing as a group and build on it in the new season.

“We have some quality players so it will not take long for them to build into the side. We’re looking forward to the season ahead.” 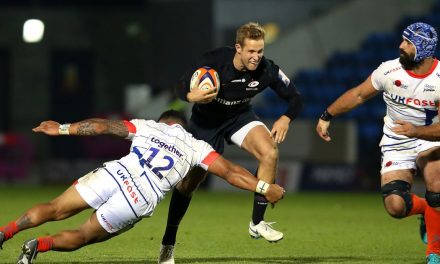 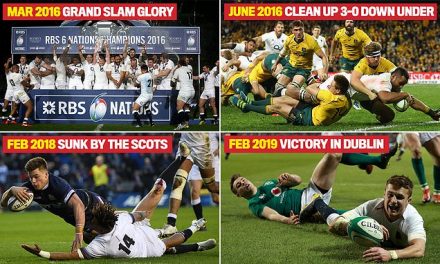 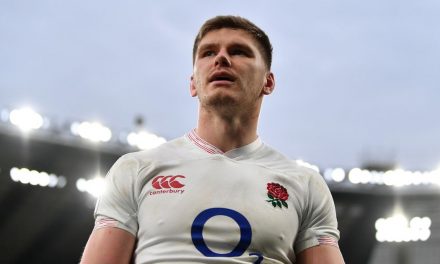