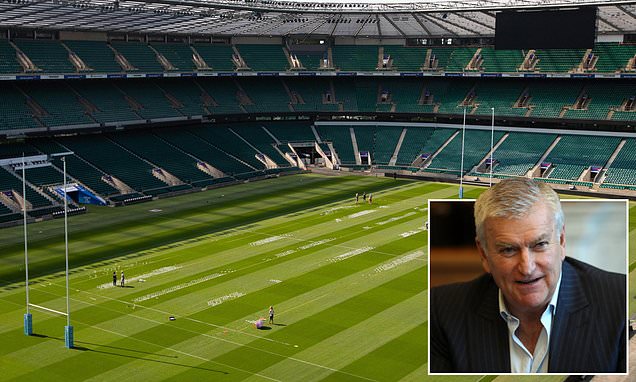 The RFU now need a Government bail-out to save English rugby, with the union braced to miss out on £138million with no crowds set to fill grounds for the foreseeable future.

In an astonishing statement chief executive Bill Sweeney begged for State help for the richest rugby-playing nation in the world to avoid his sport being wiped out by the COVID-19 pandemic.

With it now highly unlikely that any fans will be able to attend Twickenham for matches starting next month against the Barbarians, Georgia, Ireland and an Autumn Nations Cup final the RFU are readying for a financial apocalypse that will have far-reaching consequences for the whole game.

Twickenham had hoped to host 20,000 for the BaaBaas match on October 24, and more after that, but new restrictions on fans attending live sporting events has thrown that plan into chaos.

Having already slashed funding to the national Sevens programme, and after laying off 140 staff, Sweeney warned if no financial support from No 10 is forthcoming more savage cuts may have to be made to the women’s elite and community game.

Outlining the doomsday scenario that is now coming to pass, Sweeney said in an unprecedented statement: ‘We understand the difficult balance government faces in controlling the spread of the virus while enabling parts of society and the economy to remain open.

‘We all need to follow the advice given and play our part in helping to get the virus under control. No crowds at Twickenham for the Autumn Quilter Internationals, the Premiership in October or the Championship and community game will however have severe consequences for the sport in England across all levels.

‘Premiership and Championship clubs will face significant financial hardship. Our community rugby clubs, many of which run grounds at the heart of their communities are under threat. Without crowds and league games community rugby will lose an estimated £86m in revenue this season.

‘The RFU has already made difficult decisions in significantly reducing our 7s programme, reducing investment across all areas of the game, implementing salary reductions and making 140 people redundant. All of these decisions will have a significant and lasting impact on rugby.’

And faced with an unsupported autumn, the RFU said they needed a rescue package.

‘From the outset we have been clear that an autumn without crowds would leave us with little choice but to approach government for financial help,’ Sweeney continued.

‘Unfortunately, we are now in that position. Without support we are in danger of clubs at the heart of communities across England, as well as players and volunteers, disappearing forever.

‘Sport is vital for people’s physical and mental health, both of which have never been as critical as they are now. We appreciate the very difficult challenge that Government faces and Government acknowledges the importance of sport to communities and society as a whole and the need to safeguard our future.’

‘The RFU would like to thank the Secretary of State and Sports Minister for convening a sports industry discussion immediately after the Prime Minister’s statement with the objective of finding solutions to support sport.’

Meanwhile, Wales may now have to play their remaining Six Nations match against Scotland and Autumn Nations Cup fixtures – including their ‘home’ England match – behind closed doors in regional grounds, rather than in front of fans in London.

The WRU had hoped to play at football grounds such as Tottenham and Arsenal in October, November and December but look set now to use Welsh stadiums such as Parc y Scarlets in Llanelli. 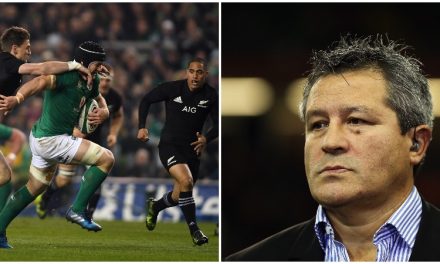 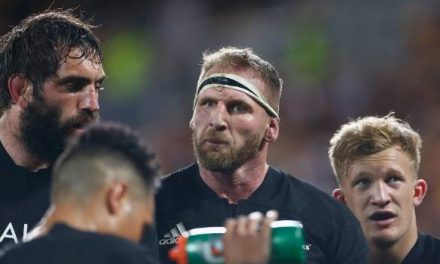 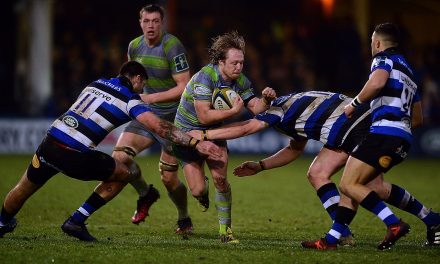 What to look out for in Aviva Premiership Rugby this weekend