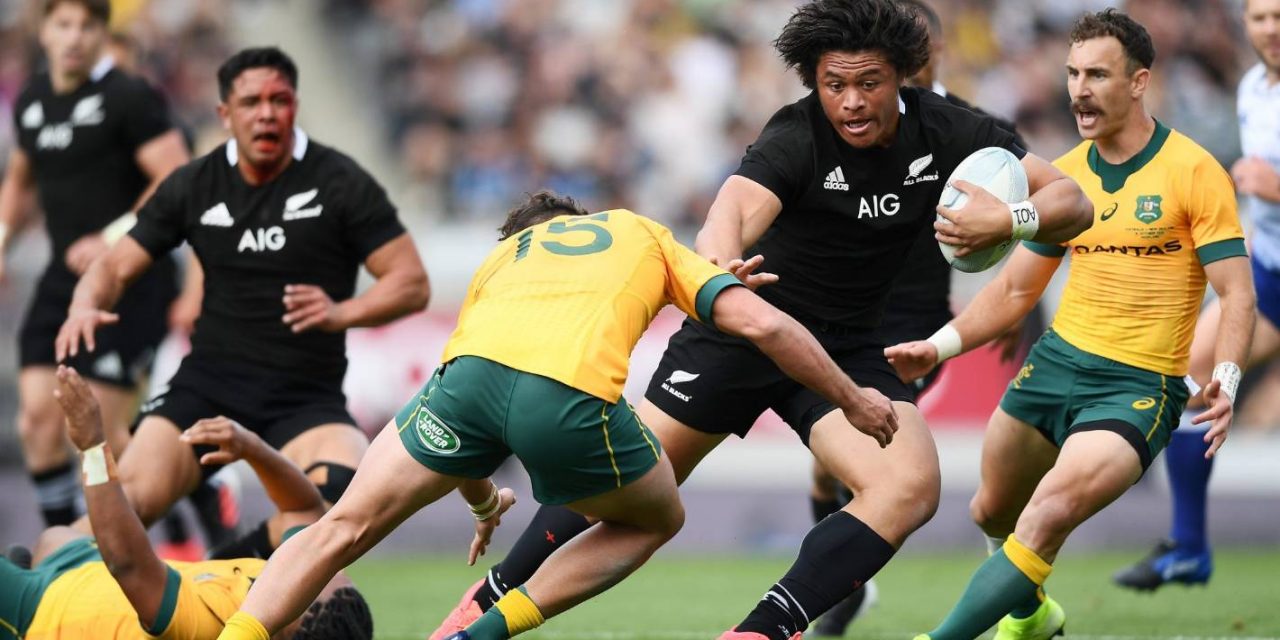 The Wallabies have outlined their game plan to contain All Blacks weapon Caleb Clarke in Saturday night’s must-win Bledisloe Cup clash in Sydney – and it’s a full-on 15-man operation.

Clarke was nigh-on unstoppable on his starting test debut two weeks ago, bumping off defenders like Jonah Lomu in his pomp as the All Blacks routed the Wallabies 27-7 in Auckland to take a 1-0 lead in the four-match series.

1 NEWS
Sam Whitelock and Dane Coles praised the 21-year-old All Black winger, who has impressed in his first two outings in the black jersey.

“I watched the Super Rugby Aotearoa and he was carving up then, carving in the North-South game and the common theme there is you can’t give him too much space.”

Hodge believes it’s not only the backline’s responsibility to keep Clarke in check, but the entire team and says defensive line speed and squaring up at the collision was critical in nullifying the 21-year-old sensation.

“We were guilty there on the edges a little bit of turning our shoulders too much towards the sidelines and giving him too much room to either step off that left foot or allow him to use his big frame,” Hodge said.

“It can have a flow-on effect from so many areas of the game. A couple of times he made breaks in Bledisloe II was when we kicked poorly and allowed him too much time and space with the ball.

“So we’ve got to be better in that regard, as well as our set-piece D. They like to use him off lineouts as well.”

Used off the bench in the first two tests, Hodge has put his hand up to mark up directly on Clarke.

“I think anyone would,” he said.

“Any jumper and any time you’re in a Wallabies, you’d always relish the challenge of whoever you come up against and he’s obviously a class player and someone who’s in some great form.

“In saying that, we’re not just focusing on one player. They’ve got a very dangerous backline and team as a whole.”

If he doesn’t get a start on the wing, Hodge would also happily have a crack at inside centre as a replacement for the injured Matt Toomua.

The versatile 26-year-old has played every position in the backline for Australia, except halfback, during his 40-test career and feels he’s equally effective in each.

“I’ve always learned 10 to 15, whether I’m starting or on the bench, and have just always had the ability to cover any position,” Hodge said.

“I feel like the more involved I can get, the better.” 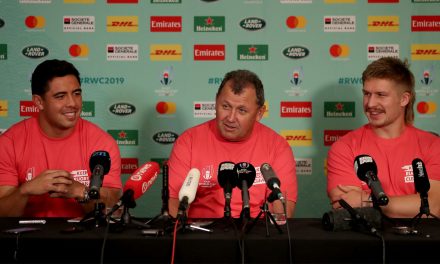 Could the All Blacks’ midfield pairing against Namibia take them to the final?

SportsDirect News | Will Greenwood Q and A with England Rugby Stars 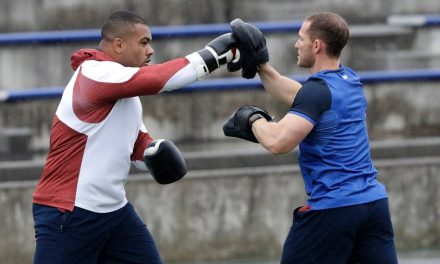 How to beat the All Blacks: Sir Clive’s eight-point plan | Daily Mail Online