All Blacks halfback Aaron Smith believes there’s plenty of room for improvement after the Bledisloe opener.

If it ain’t broke … the All Blacks have given a strong hint they don’t aim to veer too far from the Anton Lienert-Brown-Jack Goodhue midfield combination that played so well for the vast majority of Bledisloe I in Sydney.

Assistant coach Ian Foster, speaking to media in Auckland after their Tuesday morning training hitout, confirmed they were not bringing any midfield cover into the squad in the wake of Ryan Crotty’s departure to deal with the head knock he received in the 12th minute of Saturday’s 38-13 victory. It was his sixth in the last year and a-half and has some fearing for his future in the game.

But with Sonny Bill Williams still not quite right (he did train Tuesday) and Vince Aso (whom the coaches regard as their next midfielder off the rank) dealing with a major wrist problem, the All Blacks will push on with the trio of specialists they have on hand, with Jordie Barrett lurking as a potential fourth option.

That should see Lienert-Brown, providing he recovers from a leg knock in Sydney, and Goodhue reconvene the combination that begun when Lienert-Brown came on for Crotty after his “friendly fire” head collision with Goodhue.

READ MORE:
* Why the jury is out on Barrett
* Wallabies out to end hoodoo
* Boks, Pumas in awe of ABs
* How ABs destroyed Aussies 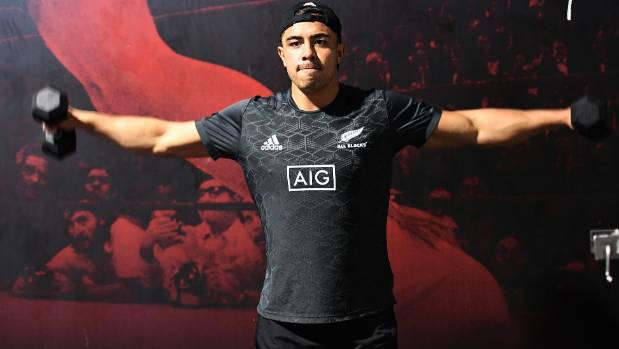 Anton Lienert-Brown lifted his game in Sydney and looks like getting the chance to repeat the dose at Eden Park.

That should leave Ngani Laumape, the other option in the No 12 jersey, to step into the bench role, with Foster confirming the Wellington cannonball would be part of the 23 for Saturday night’s sold-out potential Bledisloe clincher against the wounded Wallabies.

“We’re pretty happy with the three we’ve got,” said Foster of his midfield options. “When Anton first came in [to the All Blacks] he played a bit at 12 and a bit at 13 and people probably took that for granted, but he has adapted to test match level in both positions really well.

“It’s been a while since we put him back to 12, but he played there against Canterbury and Otago and that proved quite beneficial. We’re delighted with way he handled it and delighted with his combination with Jack. The All Blacks like the ‘clarity’ shown by young centre Jack Goodhue in last Saturday’s Bledisloe test in Sydney.

“Jack played a really sound, level-headed game for a young man in just his second test on such a big occasion. They’ve both banked away a lot of confidence from that game and Ngani is training the house down and does what he does.”

Foster said he had been impressed by Goodhue’s clarity in Sydney. “He wasn’t over-thinking things and he wasn’t trying to make up options on the ball. He just did what was obvious.”

Lienert-Brown had a light training hitout on Tuesday morning as he dealt with a blow to the leg from Sydney but Foster was confident there would be “no concerns”.

Brodie Retallick reacts to All Blacks flanker Sam Cane’s remarks about reading news stories about himself.

“We’ll keep an eye on Anton’s leg which is trending really good and make a call later in the week. Whichever way it is, there will be three midfielders on the park through that 80 minutes.”

There is a call to be made in the back three, too, with star wing Rieko Ioane out with a hamstring strain. That should be a tossup between Jordie Barrett or Nehe Milner-Skudder, with Damian McKenzie also in the mix. Ben Smith would move to the flank should Barrett or McKenzie get the nod.

Milner-Skudder might just have the inside running after the 2015 World Cup winner came through a strong showing for Manawatu last Saturday.

Foster admitted the call to release him for that match was now looking an inspired one. “He needed a good runaround on the wing … his instincts were sharp, he looked good on the outside, and it was just a shame they beat Waikato.”

Tighthead prop Ofa Tu’ungafasi also trained “reasonably fully” and was a “possibility” to return to the match 23 at Eden Park.

All Blacks fullback Ben Smith says midfielder Ryan Crotty is improving after being knocked out in Sydney.

The All Blacks were also planning as though they would see a different Wallabies outfit on Saturday night than the one which fell off 40 tackles and muffed seven lineouts at ANZ en route to a second-half shellacking.

“We know we’re playing a wounded beast, and we know if we don’t play at the levels we need to we’ll be in trouble,” added Foster. “There’s no better evidence than last year when we played pretty well in Sydney and then nearly got smacked in Dunedin. We’ve got a lot of respect for Australia’s ability to rebound and to problem solve and grow through the campaign. They’re a smart rugby team.”

And while the Wallabies have headed to Waiheke Island to change things up in their leadup to a test at a ground they haven’t won at since 1986, it’s very much business as usual for the New Zealanders.

The Wallabies haven’t beaten the All Blacks at their Eden Park fortress since 1986, when they won 22-9.

“We’re still growing our game … and for us the excitement is in the detail at the moment, and making sure we tidy some areas that were exposed on Saturday. It’s a business as normal week but at the end there’s a big carrot in the Bledisloe Cup which means so much.” 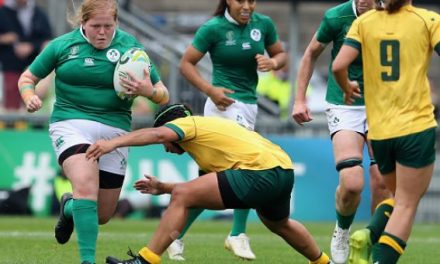 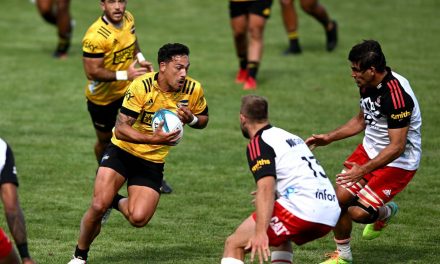 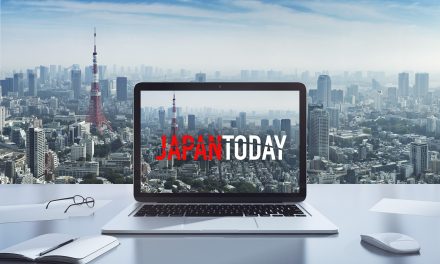 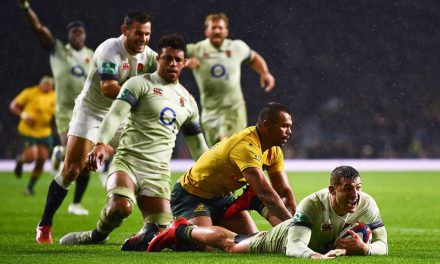 How to watch England rugby in 4K and online