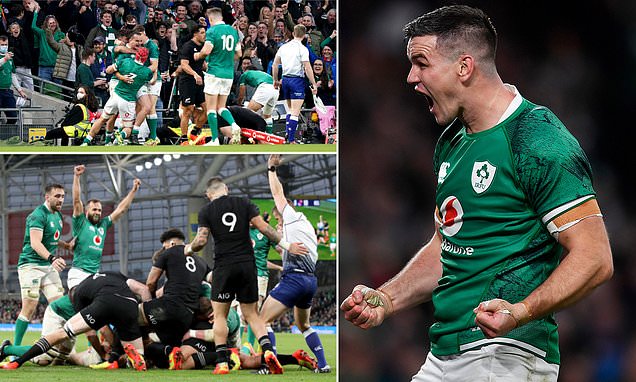 Well, that was enjoyable. After more than a century of misery and pain against the All Blacks, Ireland have now beaten them three times in the past six years even if New Zealand did win the recent encounter that mattered the most.

But this sort of afternoon in the Aviva made you think that perhaps the dynamic is truly shifting in this relationship.

In a wild and wonderful test match, played at an extraordinarily frenetic pace, a brave and bold Ireland tore into the best team in the world. They controlled every sector of the field, dominated almost every moment and played with a fearlessness and purpose that suggests there are even better days ahead under Andy Farrell.

The head coach called for his men to be brave. And they most certainly were. The intent was signalled early when Johnny Sexton rejected the option of a simple three points and kicked brilliantly to the corner. The passage of play that resulted from Ronan Kelleher’s perfect dart-like throw saw James Lowe reach over the whitewash to score against his native land.

But the day belonged to Caelan Doris. The Mayo native announced his rare gifts to the wider rugby world. Doris was exceptional, grafting hard when he had to and showing off his sublime skill set when the opportunity arose.

In the 50th minute the Leinster man broke for the try which his stunning performance deserved. The hard work of James Ryan and Tadhg Beirne created the opening for Doris, and he did the rest, dashing clear. When Sexton converted, Ireland had prised open a seven-point lead, 17-10, a much fairer reflection of what had gone on in the match.

However, Taylor made amends as he broke clear to score after Tadhg Furlong’s disallowed try

It remains baffling that Ireland went in at half-time trailling by five points, 10-5. The Kiwis had to make 137 tackles but had Codie Taylor diving over after he survived a potential red card earlier for a swinging arm on Sexton.

Ireland didn’t lose heart. They grabbed the match by the lapels in the 15 minutes after the restart. First Kelleher burrowed over for a try which was richly deserved for his endeavour before Doris struck.

There was still one moment of the old black magic when the wonderful Will Jordan gathered Richie Mo’unga’s super chip and barrelled over. And when Akira Ioane found space in the Irish defence to touch down with 15 minutes to go, there was a sense of more heartbreak for Ireland. But it was disallowed for a forward pass.

From there, Ireland managed the game brilliantly. Joey Carbery came on when Sexton went off with a HIA to kick three super penalties.

Ireland 29-20 New Zealand: The hosts secure back-to-back wins over the All Blacks 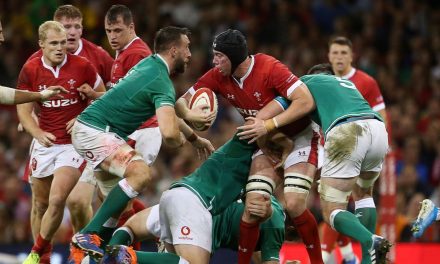 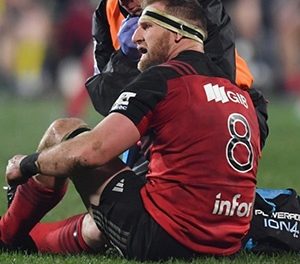 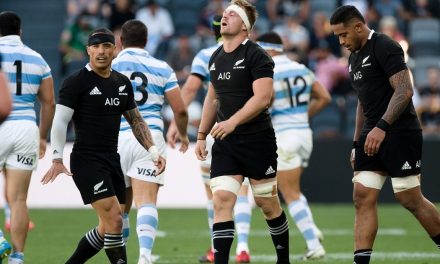