Super Rugby squads, who needs what for next season? | Stuff.co.nz 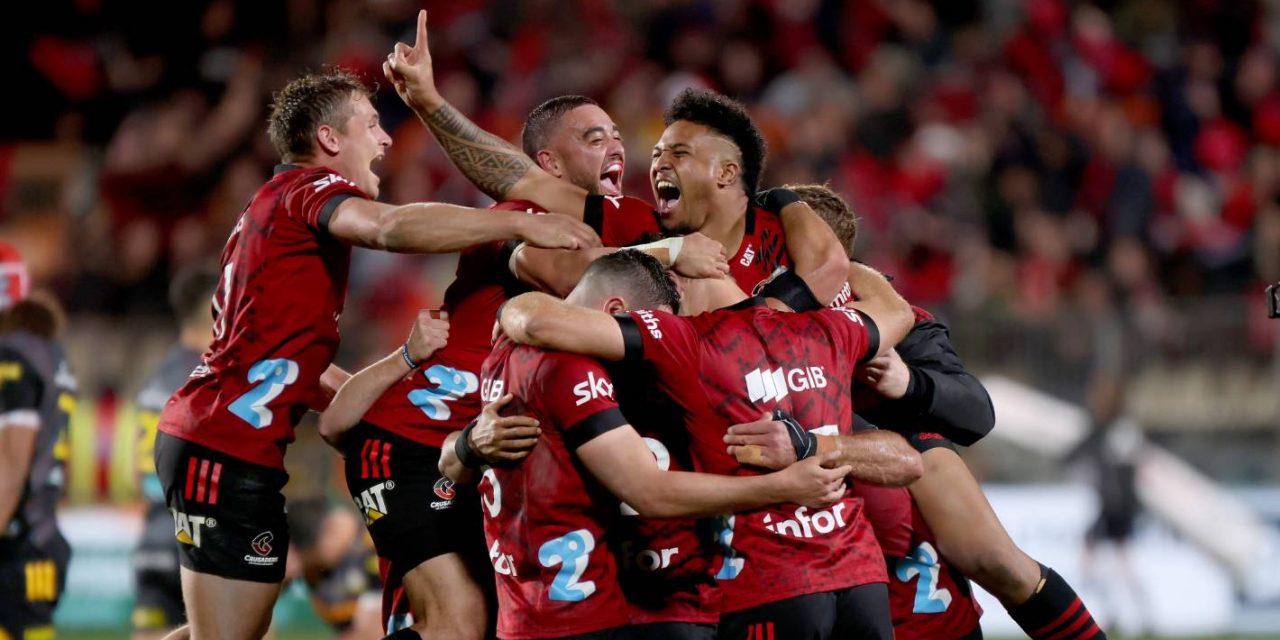 The squads for the New Zealand teams in Super Rugby Pacific will be named in a couple of weeks, with the coaches currently working through the last few spaces in their roster.

With the regular season of the NPC finishing this weekend, it could be the final chance for some players to put their hands up.

Stuff asked our rugby scribes how things are looking for the six New Zealand based teams and what should be the priorities over preseason.

Robert Cianflone/Getty Images
Roger Tuivasa-Sheck will have to go straight into Super Rugby without playing any footy for Auckland in the NPC.

Decent. They will miss the physical presence and leadership of Patrick Tuipulotu, off for his sabbatical to Japan, but any squad that brings in players of the quality of Beauden Barrett and Roger Tuivasa-Sheck to boost its backline is worthy of respect. With a swag of All Blacks, a cadre of youngsters on the rise and a motivated Caleb Clarke on the comeback trail, should be a contender again in 2022.

Just the one notable pickup. Leon MacDonald confirmed the wheeling-dealing has been done (including adding Joe Schmidt to their coaching team), though they are yet to confirm a second-row addition to cover for Tuipulotu and Gerard Cowley-Tuioti (also Japan-bound). By all accounts unwanted 136-game Crusader Luke Romano is that man, bringing a harder edge and ton of experience to the mostly fledgling lock stock.

Well, lock, in terms of top-end quality. With Jacob Pierce joining Tuipulotu and Cowley-Tuioti in Japan, expect hard-nosed blindside Tom Robinson to be utilised in his other position, alongside veteran Josh Goodhue, young Cantab Sam Darry, Romano and Waikato’s James Tucker. Midfield also looks a tad skinny, with a lot pinned on the success of Tuivasa-Sheck at 12 and Rieko Ioane’s durability at centre.

It’s a tricky buildup for MacDonald and co. Not only do they have a raft of All Blacks coming in late, a big chunk of their players essentially won’t have had any rugby for three months because of the lockdown. Fitness will be a big focus, as will fast-tracking the rugby development of Tuivasa-Sheck.

Tracey Nearmy/Getty Images
Christian Leali’ifano retired from Super Rugby in 2019, but has decided strap up the boots again next year for Moana Pasifika.

Promising, given the little time they have had to build an entire squad from scratch. The backs, in particular, have an exciting look about them with Hawke’s Bay stars Ereatara Enari, Lincoln McClutchie, Danny Toala, Neria Foma’i and Lolagi Visinia locked in, while former Warrior Solomone Kata and Fijian wing Timoci Tavatavanawai bring real power out wide and former Wallabies No 10 Christian Leali’ifano offers vast experience. The back-rowers also look highly competitive, with Jack Lam making a welcome return to Super Rugby.

About nine more players are needed to complete their 38-man squad, but most if not all will already be locked in.

Assembling a tight five that could win enough quality ball to unleash those exciting backs was always going to be the challenge. Quality locks, in particular, don’t grow on trees and Moana Pasifika will have to work hard to quickly get their set-piece up to speed.

Building connections between the players is the priority – that’s the area where Moana Pasifika are naturally behind the other Super Rugby sides in New Zealand. The initial game plan will have to be simple, too. There isn’t enough time to overcomplicate things, but the understanding between the Magpies’ players should help.

Anthony Au-Yeung/Getty Images
Brodie Retallick is back with the Chiefs next season.

It’s a largely settled group which will reassemble, albeit with heavy hearts following the death of Sean Wainui last month. That tragedy could either make or break the squad – galvanise, or destabilise. The other major for coach Clayton McMillan, who has been allowed to hold onto the keys despite the return of Warren Gatland, is navigating a whole season without one of the best Super players going – Damian McKenzie – who is instead taking up a contract in Japan. Brodie Retallick’s return in some ways offsets that, in a stocked locking department which includes fellow All Blacks in Tupou Vaa’i and Josh Lord.

The pickup of playmaker Josh Ioane – who makes for a handy stop-gap for the irreplaceable McKenzie – has been the Chiefs’ only signing announcement in the off-season. Back in April the club had around 30 of their 38-man squad for 2022 signed, then a couple of months ago had filled 36 spots. It’s understood they have just finalised a replacement for Wainui.

It’s first five-eighth and the outside backs where the Chiefs look weakest, such is McKenzie’s influence. At No 10 they have Ioane, Bryn Gatland, Kaleb Trask and Rivez Reihana as options, while the loss of Wainui means others like Shaun Stevenson, Etene Nana-Seturo, Jonah Lowe and Chase Tiatia – all who possess plenty of potential – will need to show better consistency than before.

As well as having to navigate through the emotional Wainui situation, quickly getting Ioane familiarised with some players he’s never teamed up with before will be crucial, as he could prove a key man, if just for the sole season. Injuries have always been a part of the Chiefs’ pre-season in recent years, too, and with many of their loose forwards already sidelined during the NPC, it looms as prudent to not overcook them early.

Kerry Marshall/Photosport
Ardie Savea hasn’t yet confirmed whether he’ll be with the Hurricanes next season.

How is the squad looking for next season? Coach Jason Holland has brought in some experienced heads in the forward pack by luring former All Blacks Owen Franks and Dominic Bird back from Europe, while flanker Blake Gibson heads south after winning a Super Rugby Trans-Tasman title with the Blues. Halfback TJ Perenara makes a welcome return after toying with a switch to rugby league following his short stint in Japan. Ngani Laumape is a major loss but rising stars Billy Proctor and Peter Umaga-Jensen have potential as a midfield combination, while Bailyn Sullivan has been signed from the Chiefs.

Are there many more signings to come? The Hurricanes are yet to announce whether they have been successful in their attempt to retain off-contract captain Ardie Savea, which might have supporters feeling anxious this late in the off-season, even if the signs point to the All Blacks star remaining in the capital in 2022. Keeping Savea is top priority.

Are there any areas short on depth? The Hurricanes have addressed their shortcomings at halfback by luring Perenara back from Japanese side NTT DoCoMo Red Hurricanes, but they could do with another first-five with more experience to complement the relatively raw playmaking trio of Jackson Garden-Bachop, Ruben Love and Aidan Morgan. Love showed promise when Garden-Bachop and Simon Hickey were out with long-term injuries last season but the Hurricanes still look light at 10 when compared with who the other New Zealand teams have at their disposal, especially as Garden-Bachop has only just returned to action.

What should be the key focus for the coaches in preseason? Overcoming their poor starts. It took the Hurricanes five rounds to notch their first win last season.

Joseph Johnson/Stuff
Richie Mo’unga will again be invaluable to the Crusaders’ Super Rugby prospects in 2022.

Much the same when it comes to the core, but there has been a significant turnover of players compared to a year ago, when just four new players were named in the 2021 squad.

As it stands, nine players from this year’s squad won’t be back, although only tighthead prop Michael Alaalatoa (Leinster) was a regular starter.

But plenty of experience is on the way out, most notably lock Luke Romano, the 11th most capped Crusader (136 games), and loose forwards Tom Sanders and Whetukamokamo Douglas.

Bank on it. While nine players have thus far been confirmed as leaving, only the signing of three players – Pablo Matera, Te Toiroa Tahuriorangi and Kini Naholo – have so far been made public.

Don’t be surprised if Simon Hickey replaces Brett Cameron as the team’s third pivot, while lock Zach Gallagher is in line to be promoted from the academy after the Crusaders opted not to offer Romano another contract.

Sticking with promoting from within, fellow academy members and Canterbury players Liam Allen and Corey Kellow are candidates to fill a vacant loose forward spot.

Nothing glaring, but they will need to find a third hooker to replace Highlanders-bound Andrew Makalio, and a couple of props with Isi Tuungafasi and Alaalatoa moving on.

They remain spoilt for choice in the second row, halfback, midfield, outside backs, and have an impressive loose forwards group.

One player they can’t afford to lose to injury remains pivot Richie Mo’unga.

Bedding the new players in and showing them the Crusaders’ way, something which will be made easier by a bunch of the rookies hailing from the team’s academy.

The last time the Crusaders had a similar turnover of players was last year, after 11 players departed after the 2019 campaign.

Dianne Manson/Getty Images
It will be crucial for the Highlanders that Shannon Frizell is injury free this season.

Reasonable. Tony Brown has made a concerted effort to bring some season professionals such as Andrew Makalio, Marty Banks and Gareth Evans to Dunedin, in the knowledge that Ash Dixon is a big loss. But the Highlanders have also signed highly promising No 7 Sean Withy and big tighthead Saula Ma’u, both of whom have come through the ranks at Otago.

There are two positions that haven’t been filled yet – a forward and a back. The Highlanders have already stated they were looking for at least one wing, and the other spot may be in the loose forwards after the retirement of former All Black Liam Squire.

An injury to Mitch Hunt or Marty Banks could pose a few problems at No 10. Vilimoni Koroi could play there, but he has been playing on the left wing for Otago, where he has looked pretty sharp. Kazuki Himeno’s return to Japan also means the Highlanders will need Shannon Frizell and Marino Mikaele-Tu’u to stay fit and have big seasons.

Build on an encouraging Super Rugby Trans Tasman campaign – and get key injured players back on the paddock. The Highlanders will be a different team if they can get Fetuli Paea, Thomas Umaga-Jensen and Folau Fakatava fit and firing, while Solomon Alaimalo should be ready to play a full part in 2022. And with so few Highlanders on test duty, they have a chance to hit the ground running. 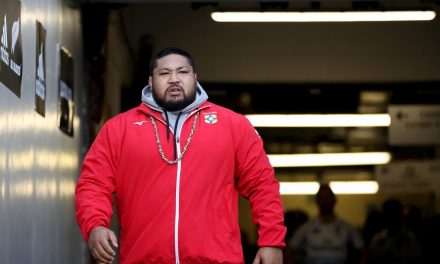 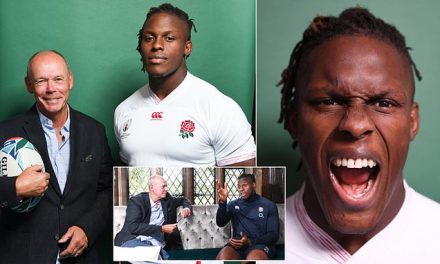 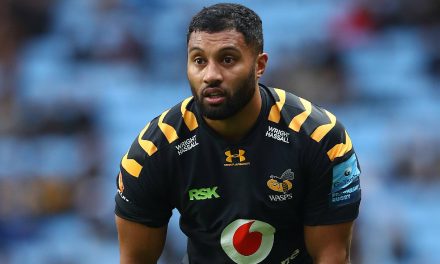