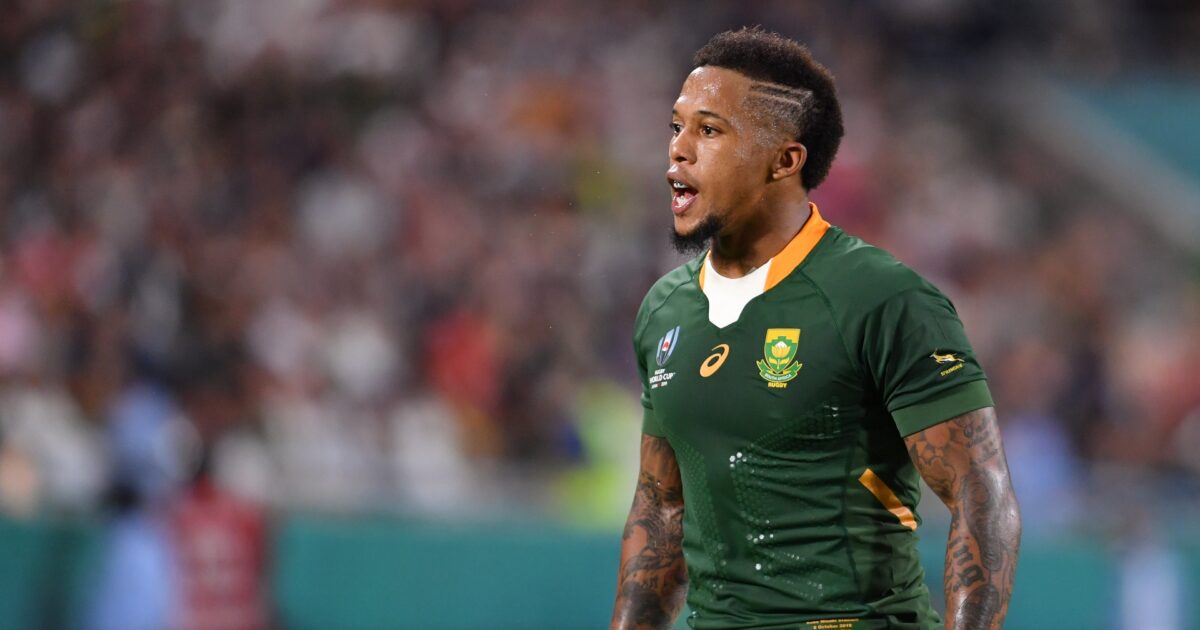 After Elton Jantjies was handed the Springboks’ No 10 jersey for Saturday’s clash against Scotland, fans were left wondering if Jacques Nienaber’s side might play a more attacking brand of rugby.

Judging from Jantjies’ comments this week, it seems the Boks won’t deviate too far from what has worked for them recently, but they also want to make better use of their opportunities.

The 31-year-old flyhalf said the Boks will stick to the tried and tested as they aim for their eighth win of the season.

“The way we play works for us as a group – it covers everything and if you look in detail, you’ll see there is still a big emphasis in looking for attacking opportunities as well,” he said.

“When that opportunity arises, we should take it and we should back ourselves to use it because that’s how we as a group want to play.

“Hopefully we will create a few opportunities on Saturday.”

Jantjies said he is happy to be starting the game this weekend – his first since the first test against Argentina in the Rugby Championship in August – but that he is committed to the team’s cause, instead of staking a claim for himself.

“I know it sounds like a cliche, but I’ve always said it – it’s not about me as an individual, but rather about the team,” he said.

“Yes, there is a responsibility on me to lead the boys in terms of certain aspects of our game and execute and align in what we want to achieve and what we’ve been working on as a group.

“We have to focus on playing against Scotland this week and can’t look at the past, because this week will pose a number of different challenges.”

Meanwhile, Gregor Townsend says his Scotland team face their “biggest” challenge against South Africa as they seek to end another hoodoo following landmark wins against France and England earlier this year.

Scotland, who beat Australia 15-13 last week, take on the world champions in Edinburgh on Saturday as they try to end a miserable run of defeats by the Springboks dating back to 2010.

Michael Hooper reckons that, encircled by 80,000 people, Twickenham’s going to feel a lonely place for him and his Wallabies team – and he wouldn’t have it any other way. #ENGvAUS #Wallabies #AutumnNationsSeries https://t.co/pNY2mBqk4o

But they already have some form in upsetting the odds this year, beating England at Twickenham for the first time since 1983 in the Six Nations before snatching their first victory in Paris since 1999.

A bullish Townsend said Thursday those results showed Scotland were “up there with the best teams in the world”.

“When they’ve been given the opportunities in the last 12 months to knock over some teams they’ve not beaten for a while, not every time, but on a number of occasions, they’ve done it,” he said.

The Springboks, who beat Wales 23-18 in Cardiff last week, finished third in the recent Rugby Championship, behind New Zealand and Australia.

But Townsend said they were still a major threat, pointing to a victory over the All Blacks and a test series win against the British and Irish Lions earlier this year.

“This is the biggest challenge we’ve had over the last two years,” said Townsend.

“It obviously makes sense when you’re playing the world champions, when you play a team that is very tough to play against and has still managed to produce a win over the All Blacks and two wins over the Lions. Their form is still right up there.”

Townsend said Scotland would have to dig deep to stand a chance of beating South Africa, needing to be accurate and play with “huge physicality”.

“The performance in Paris and England, another one of them, but probably a little bit extra,” said the former Scotland playmaker.

“Then I believe that will get us over the line, but it will take an enormous effort to replicate those performances.”

It was easy for Kiwi rugby fans to dismiss Ireland as a quality but not world-class rugby nation, but that notion seemingly changed in Chicago five years ago. #AllBlacks #IREvNZL #AutumnNationsSeries https://t.co/knOjkyMkVH

Townsend said Scotland had learned how to play in key periods of matches.

“It’s managing the moments when maybe doubt might have crept in in the past, there’s togetherness and belief that we can go and win this,” he added.

“That could be on the back of a very good performance like in Paris, when we were down and we had to win or last week [against Australia] – not such a good performance but still the drive was there to do enough to win.

“So, it’s more about managing the moments where you’ve got a chance to win and you look at your teammate and he looks confident and you go ‘Right, we’re going to go and win this’.”

For Scotland: Novice wing Rufus McLean will win his second Scotland cap on Saturday and he will be a bit of an unknown factor for the Boks. He scored two tries in the win over Tonga last month. In midfield, Matt Scott was rewarded for his form with Leicester and he will partner Chris Harris. Scott is a big ball carrier, and he will be the go-to man to get the team over the advantage line. Meanwhile, flyhalf Finn Russell is one the best attacking flyhalves in the game and he will pose a big challenge to the Springboks’ defence. Nick Haining has been given the No 6 jersey and his big frame and physicality will come in handy against South Africa’s brutes. Hamish Watson, who was the man of the match in the win over the Wallabies, will be a threat off the bench, especially when there are tired bodies around the breakdown.

For South Africa: The spotlight will be on Elton Jantjies who has been given the No.10 jersey ahead of Handre Pollard. Jantjies has performed well off the bench recently and he could bring an extra attacking edge when the Boks are in Scotland’s half. Fans will also keep a close eye on Herschel Jantjies, who had a shaky performance in the No.9 jersey in the win over Wales. Willie le Roux is back in the No.15 jersey and he will have a specific job to do when it comes to the kicking game. Le Roux has received a lot of criticism for some of his performances this year, but he has plenty of experience on the international stage. In the pack, Albertus Smith is someone that can give the Scots plenty of problems. He was a menace at the breakdowns against Wales and he was tough to bring down when he had ball in hand. 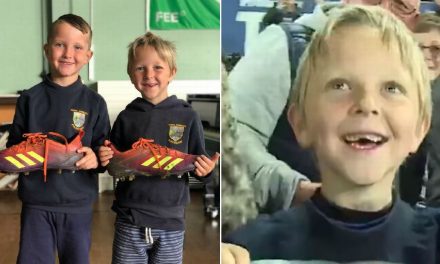 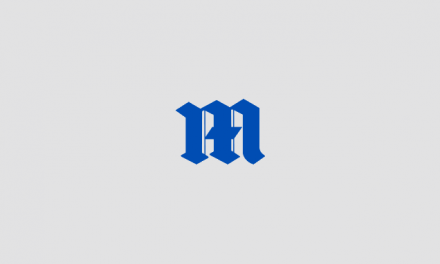