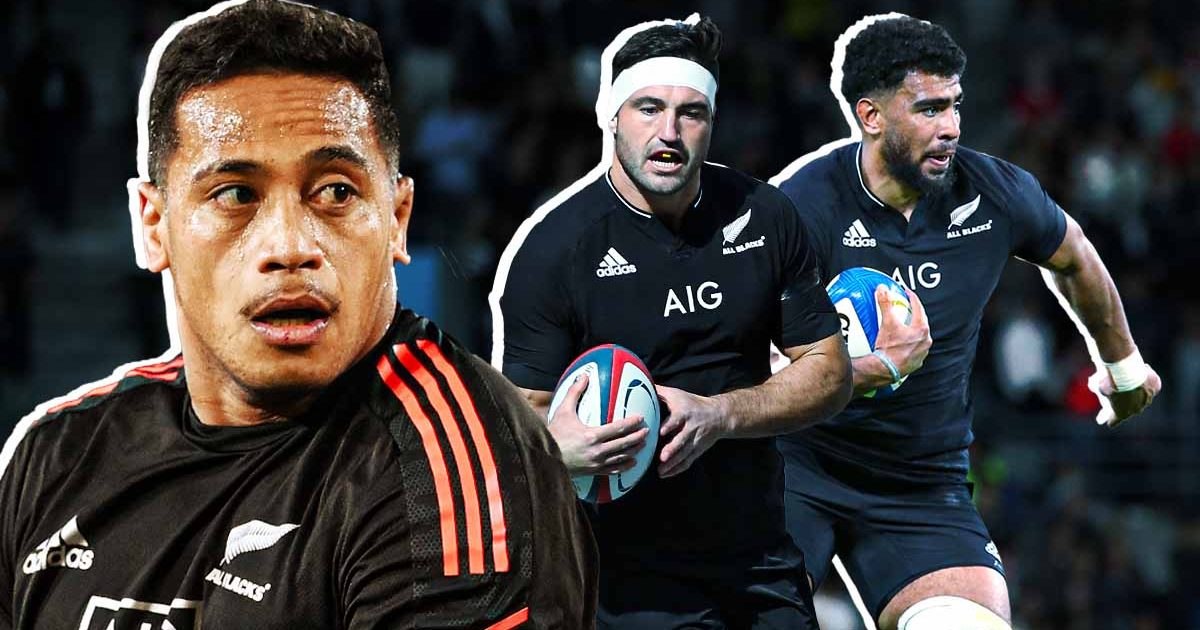 “There’s some really good competition happening in pretty much every area and as selectors, that’s exactly what we want,” All Blacks forwards coach John Plumtree said this week. “The competition’s really healthy and the players know that they have to play to the standard that the jersey demands and if they don’t, there’s a possibility that they can be replaced because we know that there’s another good player really biting at their heels.

“That’s what’s really healthy about this squad at the moment and that’s what I’m loving, the way they’re connecting as players off the field in these pretty trying conditions, I’m really proud. And on the field, they’re battling it out for a spot and it couldn’t be better for us right now.”

Complicating matters is the schedule ahead of the All Blacks.

There will undoubtedly still be talent amongst the home side’s ranks this weekend, but New Zealand are not an easy prospect even at the best of times, having gone undefeated against Wales since 1953.

The All Blacks will face off with Wales and Italy over the coming fortnight and while the former side are Six Nations champions and tipped over Ireland and England earlier this year, they’ve been shorn of some considerable talent thanks in part to injury, but primarily due to the match being played outside of World Rugby’s regulation test window.

Regular starters Justin Tipuric, George North, Leigh Halfpenny, Josh Navidi and likely Liam Williams will all miss the match through injury while Dan Biggar, Taulape Faletau, Louis Rees-Zammit and Nick Tompkins have unsurprisingly not been released by their English clubs.

That’s not to say that Wales can’t field a competent squad, but it’s certainly not going to be of the same standard as the team that suffered just one loss (by two points) en route to this year’s Six Nations title.

The loose forward trio will be particularly raw, thanks to the absences of Tipuric, Navidi and Faletau, with uncapped flanker Taine Basham likely to wear the No 7 jersey.

There will undoubtedly still be talent amongst the home side’s ranks this weekend, but New Zealand are not an easy prospect even at the best of times, having gone undefeated against Wales since 1953.

Italy will present an opportunity for NZ to run out a similar side to the one that destroyed the USA in Maryland last weekend and while the Azurri will certainly put up a bigger fight than the Eagles, that match looms more as an occasion for fringe All Blacks to accidentally play themselves out of a jersey, given the sometimes frantic nature of high-scoring games, rather than into one.

That just leaves Ireland and France to really test the All Blacks’ stocks – which might have some loose forwards on edge, given there appears to already be an established pecking order.

Ardie Savea has remained a constantly impressive performer throughout the season, whether he’s run out in the No 7 or No 8 jerseys, and is an automatic selection in any matchday 23, with Plumtree suggesting this week that he’s probably best utilised at the back of the scrum.

“I think the thing that comes straight to my head when you talk about Ardie Savea is just his ability to carry the ball and I think at 8, he’ll get more opportunities to do that – and we need that type of carrier,” Plumtree said. “He’s pretty relentless with the ball, hard to bring down – not a big man, but got a lot of fight. And then he can still play excellent support roles and still steal possession.

The sole Crusader in the loose forwards has shouldered a heavy workload throughout the season, relative to his experience, which is indicative of how highly rated he is, and could be a long-term option on the blindside flank.

“But I like Ardie playing at 8 because of the fact that he can carry; he’s one of our strongest carriers in the team and we need that so the challenge always for Ardie is to get the ball in his hands and be a threat with that ball and that’s certainly what I like him doing.”

You would think that Sam Cane, as the incumbent captain, would also be an automatic selection and from the evidence of his 30 minutes against the USA in his first test match since last season, he’ll be a hard man to leave out once he’s back to full fitness.

The two men to have made the biggest strides this year are Dalton Papalii and Ethan Blackadder.

The former has been an automatic selection in the No 7 jersey when fit, and was named to start on the openside flank in all three Bledisloe Cup successes. Injuries robbed him of his chance to play against the Springboks but now that he’s fully recovered from his various ailments, he’ll likely be given the opening to showcase his abilities against the sizeable European packs and should start in at least two of the four Autumn Nations matches.

Blackadder, meanwhile, only made his test debut earlier this year but ostensibly has the physical edge the selectors are really striving for. The sole Crusader in the loose forwards has shouldered a heavy workload throughout the season, relative to his experience, which is indicative of how highly rated he is, and could be a long-term option on the blindside flank – although Foster and Plumtree have made it clear that Blackadder very much remains an option at No 7 too.

Ioane had seemingly locked down the blindside flanker role early in the season with some exceptional performances against Australia but his work in the tests with South Africa was less convincing. The All Blacks are desperate to find an enforcer who can match it with the biggest, fiercest loose forwards in the game, and Ioane probably failed his first assignment in matching up to the Springboks backrow. He certainly won’t lose his spot in the squad on those performances alone, however, and will likely be given a couple of hit-outs in the weeks to come to reassert his place in the team.

Frizell – another specialist blindside flank – has barely featured this year for a host of reasons, and must be bottom of the totem pole on account of those limited minutes, coupled with the fact that in his 15 test appearances to date, he’s never quite made the step up that the selectors would be hoping for.

Meanwhile, the outlook for Jacobson and Sotutu, the specialist No 8s in the squad, is somewhat cloudy.

We’ve tried to be pretty consistent around not giving [the players] too many positions to play in … Trying to let these guys become specialists is important.

Sotutu has clocked up just three starts this season, against Fiji, Argentina and USA. While his skills in open play are unmatched, Sotutu shares a similar challenge to Ioane – proving he’s capable of doing the tight work necessary of an All Blacks number 8. While Ioane will inevitably get a start or two against the likes Wales, Ireland and France, however, Sotutu isn’t guaranteed such an opportunity, which naturally won’t play into his favour.

The enigma of the season, perhaps, is Jacobson, who has impressed in all five of his starts this year but still faces a big challenge breaking into the first-choice trio, especially now that Cane is back on deck.

Jacobson could slot in at the back of the scrum or on either flank, but might actually suffer from his versatility. While Dalton Papalii can play on the blindside, he’s very much a No 7. It’s a similar story for Akira Ioane, whose versatility is useful to have but it’s primarily his specialising in the No 6 jersey that regularly wins him a starting spot.

“We’ve got probably two of three 6s in the side and we’ve got two or three 8s and two of three 7s,” said Plumtree.

“That’s a bonus for us but we haven’t really gone down that path, we’ve tried to be pretty consistent around not giving [the players] too many positions to play in … Trying to let these guys become specialists is important, although with the mix of four loose forwards in a squad of 23, it’s great to have one that can play in a couple of different positions, or even two.”

With Cane destined to eventually take his place on the openside flank, Savea will slot in at number 8 – where the All Blacks can make the most out of his ball-carrying off the back of the scrum, as Plumtree alluded to. That really only leaves the No 6 jersey open for competition, at least in the first-choice squad – and that gives Ioane the advantage, despite Papalii, Blackadder and Jacobson all being options.

With that group, as well as Sotutu and Frizell, all competing for perhaps three or four spots in next year’s squad, the upcoming month will be absolutely crucial for the entire contingent to push their case.

While none of the All Blacks’ loose forwards have by any means played themselves out of a jersey this season, an impressive run in 2022’s inaugural Super Rugby Pacific competition might not be enough to earn a spot in the first national squad of the year and performances against Wales, Ireland and France will likely be the ultimate decider in who escapes the axe when it falls come next June.

The first step towards salvation, of course, is actually earning selection – and for some players, even that is going to prove an almost insurmountable challenge. 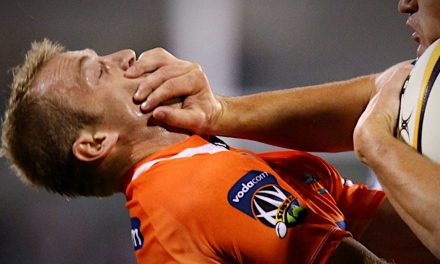 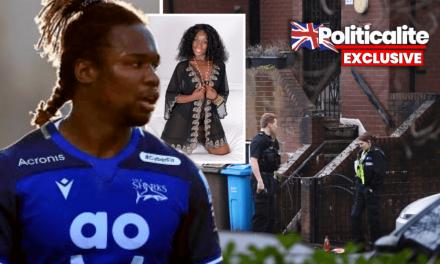 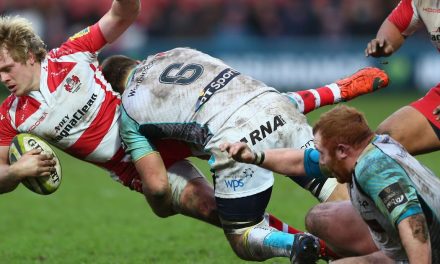 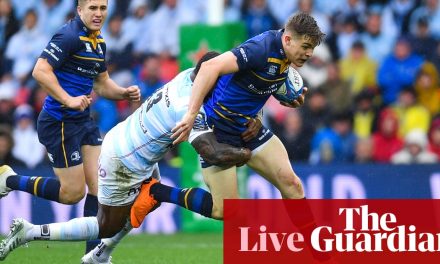