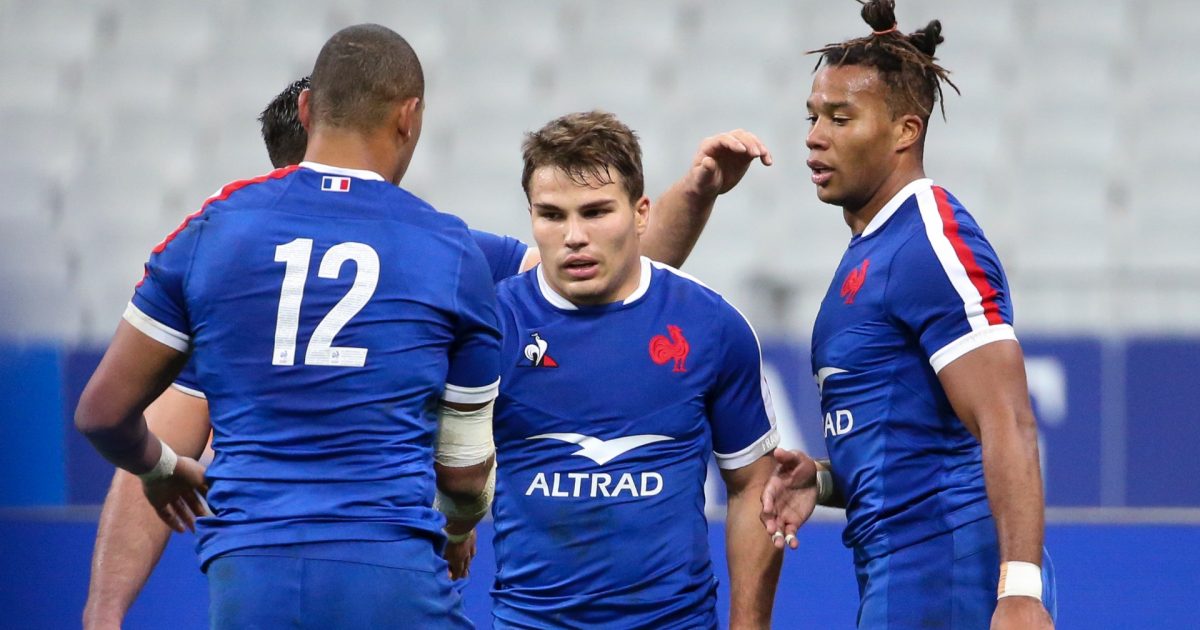 While the All Blacks are licking their wounds following a 29-20 loss to Ireland over the weekend, France are still bedding in their new backline set-up, which sees Matthieu Jalibert and Romain Ntamack partner up as dual playmakers in the midfield.

With regular No 12 Virimi Vakatawa out of action for the Autumn Nations Series, the Jalibert/Ntamack combination was first employed against Argentina for 50 minutes and then given a second shot against Georgia over the weekend.

Neither match was really able to showcase the potential strengths of the dual playmaking combination but having not trialled anything else during November, Les Bles head coach Fabien Galthie will likely opt for a similar set-up against the All Blacks in Paris this weekend.

The New Zealand national side were operating with a dual playmaking combo of their own during the Rugby World Cup, with regular pivots Richie Mo’ung and Beauden Barrett sharing the duties from the No 10 and No 15 positions.

With Jordie Barrett putting out some excellent performances for the Hurricanes and older brother Beauden choosing to focus on the fly-half role, the combination that earned the All Blacks a third-place finish at the World Cup has been dropped.

David Havili’s promotion into the midfield, however, ensures NZ still have plenty of playmaking talent out on the park, even if it’s not in the form of two No 10s.

Of course, France also have scrum-half Antoine Dupont on deck to pull the strings, with the livewire No 9 earning a nomination for World Rugby Player of the Year this week. He will likely prove a pivotal player in this week’s clash with the All Blacks this weekend, with his influence something NZ captain Sam Cane has suggested must be kept to a minimum.

“I think we can all agree he thoroughly deserves his nomination for World Player of the Year,” Cane said on Monday evening.

“Obviously his speed of delivery is first class. But he’s a constant threat with the ball and because he’s a constant threat, he creates space for others around him as well because you’ve got to put so much attention on him defensively. So there’ll be a big job for our guys around the week this weekend to limit his opportunities.”

While the pre-game studies hadn’t quite kicked off in full by Monday evening, Cane said the All Blacks had a reasonable understanding of how the French operate from viewing some of their previous matches.

“Knowing the problem is not the same as being able to stop it. New Zealand knew what Ireland would be bringing, just as they knew what South Africa and England would be.” #AllBlacks #IREvNZL

“I think pretty much the whole team would have watched France play the Argies two weeks ago because we had the early kick-off against Italy. And then the laptop’s been set up early this morning once we got here to Paris so a lot of boys are watching footage.

“But from what I’ve seen so far, obviously a lot of their game revolves around Dupont. They’ve got a lot of dynamic ball carriers in their forward pack with good footwork that can get over the gain-line and offload. But as always, the French have some exciting attacking guys out wide too so they’re playing an exciting brand of footy, that’s for sure.”

And while the playmaking ability of Ntamack may pose a few different problems for the All Blacks, especially compared to the hard-running option of Ireland’s Bundee Aki, it’s not something that Cane will lose any sleep over.

“Playing two stand-offs, I don’t think it changes too much for us as back-rowers,” he said. “We know that you’re not going to have your number 12 crashing the ball up like you would maybe if you had a ball-runner in that position but defensively, you still have to be on your toes, coming up, getting off the line and shutting down their time and space, like we try to do regardless.”

As the All Blacks’ final game of the season, Cane admitted he was hoping to get out on the park against the French after only recently returning from injury, and also suggested that the history between the two sides means head-to-heads will always be something to look forward to an appreciate.

“I know that for us, playing the French, there’s so much history between the two sides, particularly at World Cups. And then there’s the Dave Gallagher trophy on the line which is a pretty important trophy to us and he’s a very special New Zealander.”

France hosts the All Blacks at the late time of 9:00pm CET on Saturday.

All Blacks, Wallabies impressed so far with Japan’s RWC preparations

Wales’ Rugby World Cup game-plan, what you haven’t seen yet and how that famous defence will be targeted – Wales Online 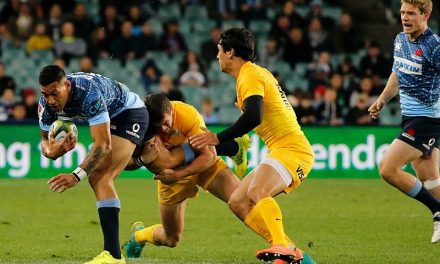